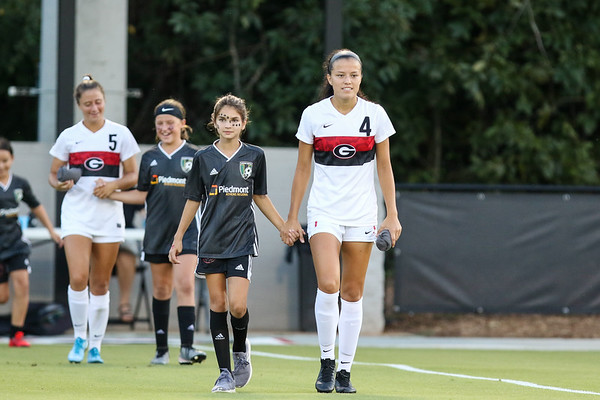 For Georgia Soccer head coach Billy Lesesne, the Development Academy is changing the way athletes are recruited, and, like many other coaches and players across the nation, he’s not quite sure how he feels about it.

US soccer founded the Development Academy in 2007 in an attempt to place the top male club soccer talent in the nation on one stage. Quickly, the best clubs throughout the country joined to create a so called “super league” in which those clubs could compete at a higher level. In the process, Development Academy created an environment that raised the level of competition and allowed athletes to play in meaningful games.

Ten years later, in the fall of 2017, Development Academy created a league for girls that immediately rivaled Elite Clubs National League, considered the highest level of girls club soccer. The new league now has 68 clubs across the country.

While it would seem that the Development Academy would be a perfect avenue for club athletes to enhance their competition, it comes with a catch. To play for a Development Academy club, athletes must forego playing for their high school or their own clubs. This is dismaying to Westminster head varsity girls soccer coach, Clark Meyer.

“I went from possibly the best team I’ve ever coached to 2018 where, including rising freshman, I lost 11 players to DA and it completely remade our team complexion overnight,” said Meyer. “It’s something that I think players and parents are pretty unhappy with but they feel trapped in the system because they want to be seen, they want to play at the top level so they’re stuck with this.”

Some storied programs such as Michigan Hawks and Atlanta’s Concorde Fire found that the Development Academy wasn’t a right fit and returned to the ECNL. This has changed the way college programs recruit as collegiate recruiters are now forced to split resources between the two leagues to find the talent.

Players and clubs who invest their time and effort to play in the Development Academy expect to be seen by college recruiters, but for Lesesne, it makes it harder to recruit.

“I think the problem with that from the recruiting perspective is often times it’s the game times,” Lesesne said. “Every team in the U16 age group are playing at the same time. It’s difficult to see multiple games. That makes it a little bit harder.”

“Playing in DA and getting that opportunity was really cool, especially since DA is such an elite league and you end up playing some of the best teams in each state,” said Murguia.

As for the high school rule, a decision that has plagued many club athletes, Dani struggled slightly in making the decision to forego her senior season. However, Dani found a way to make the best of the abrupt change and became a manager for her senior season at Cleburne (Texas) High School.

“I was still around so it was kinda nice being able to just focus on one team and school at the same time,” said Murguia.

It is hard to argue against the effectiveness of the higher level of play as coaches and recruiters have noticed stronger caliber players coming out of the Development Academy.

“In a good DA situation I think they can come in a bit more prepared,” Lesesne said. “There’s a lot more video analysis required there, so I think sometimes they come in with higher soccer IQ for the college game in the DA program.”

If the success of the girls Development Academy is anything like the boys, within a few years it could be the sole league for girls club soccer. But, it is evident that in order to appeal to all clubs, players and coaches there are some changes that the Development Academy will have to make.

“US soccer could learn a little bit from ECNL as far as changing some of those times so you could see a broader range of players and not have all 6 teams playing at the same time,” said Lesesne.

Whether those changes will happen is another story but time will tell how the Development Academy will continue to shake up club soccer. The future of club soccer and the recruitment process for high school athletes will be driven by the contrasting opinions of players, coaches and their families. The next couple years will be crucial for both ECNL and the Development Academy as players choose the direction they believe will give them the best chance at playing at the next level.

Bennett Porson is a third year majoring in finance in the Terry College of Business with a certificate in Sports Media in the Grady College of Journalism and Mass Communication at the University of Georgia.

How This El Salvadorian Gained Freedom Through Pupusas

What to Know About the Georgia-Florida Rivalry

Impress your friends with these Georgia-Florida need to know facts: Check out our broadcast ...

ATHENS — As of today, UGA football fans will have to wait five more ...