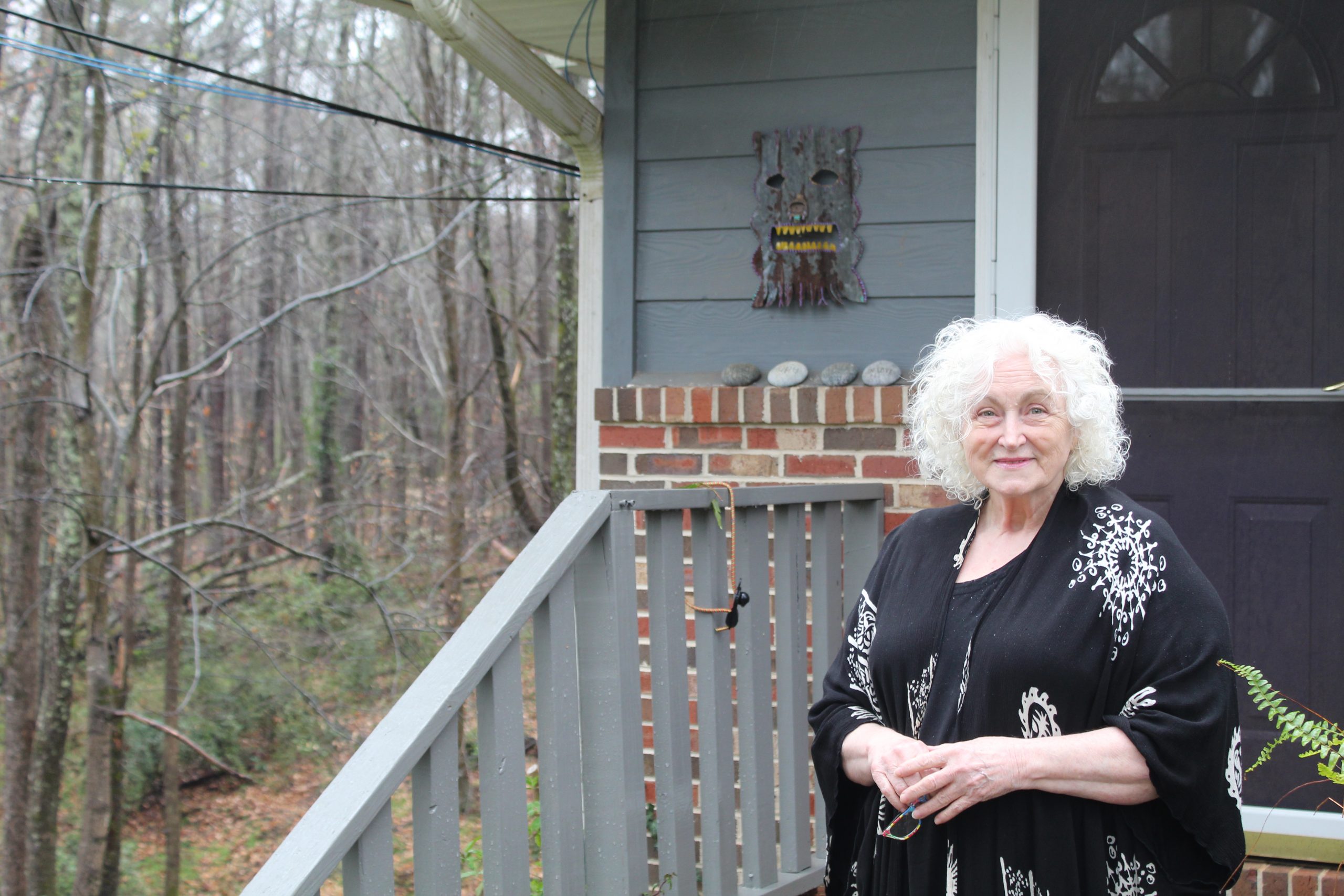 Tess Cunningham, 71, in front of her property of 25 years on Shadybrook Drive. (Photo/Willie Daniely III)

Some residents of a small street off Lexington Road are frustrated with the city and developers after the Athens-Clarke County Commission voted to approve the construction of a high-density development in their backyard.

While residents of the area have concerns about the impact the construction will have on their lives and the local environment, city officials say they work in the best interest of Athens as a whole.

“In my decision making processes, I think about what will be good for Athens, rather than a small group of stakeholders,” said District 2 Commissioner Mariah Parker.

Living in and loving her home for over 25 years, Tess Cunningham, 71, has done everything in her power to fight the high-density development being constructed behind her home.

Cunningham moved to the quiet street set within a tree canopy following her divorce.

“I made it my own and planned on staying here for the rest of my life and leaving it to my kids,” she said.

The home has since become a “haven” for her, making the construction happening nearby all the more devastating for her and her neighbors.

Why It’s Newsworthy: Construction in East Athens has been a controversial topic and several residents of the area are not pleased with the current developments.

Located off Lexington Road, Shadybrook Drive has what Cunningham refers to as a “real sense of community,” where the neighbors all keep an eye out for one another.

Since Cunningham moved into the neighborhood, there have been several homes constructed attracting families with young children.

One of her favorite features of the neighborhood is its nature. The street is covered by a long-standing tree canopy. Cunningham said that canopy makes the neighborhood robust with wildlife including deer, red foxes, coyotes, raccoons, opossums and an armadillo.

“We all knew that this would be developed eventually. We all know that, but we felt secure in creating what we have here,” said Cunningham.

According to Cunningham, the site was originally zoned as residential with retail on the Lexington Road front; it was not until the site was rezoned to accommodate for more homes that residents of Shadybrook began to have issues with the project.

The development, located at 2400 Lexington Road which borders Cunningham and several of her neighbors’ backyards, is located on three empty parcels of land totaling 40.93 acres. According to the developer, Trinitas Athens, the property will include both traditional and workforce housing that will vary from apartment-style to townhomes. In addition to housing, the plans currently include public gathering areas, social space, a children’s play area, a pool, and a clubhouse.

“The lure I felt was the affordable housing. This would not have been considered if it were not for that and our need for that,” said Cunningham.

According to Cunningham, the plans involve tearing down trees that date over 100 years old. Cunningham and her neighbors are greatly concerned about the effects that these changes will have on the local ecosystem.

The Athens-Clarke County Commission was split in their vote to approve the rezoning of the development, it was Mayor Kelly Girtz who cast the tie-breaking vote approving the rezoning. It is not very common for the commission to find themselves split like this on a matter.

“During my time as mayor, I’ve had maybe three tie-breaking votes out of three or four hundred votes,” said Girtz.

Girtz said every one of the city’s commissioners saw benefits as well as challenges that the development would bring to the area. Members of the commission addressed those challenges with residents.

Although not all residents are happy, Girtz credited Commissioner Mariah Parker with “balancing the interest of the community” at the City Commission meeting.

Girtz pointed out that Athens has grown by about 30,000 people in the last 10 years, and they expect at least 30,000 more people in the next 20 years, all of whom will need housing.

“We were all just shocked by the density and what it would do to that land,” Cunningham said.

Cunningham said she and her neighbors had been keeping an eye on the negotiations that were taking place between the developer and the commission.

“Next thing we knew there was another rezoning sign up. And oh my god, this humongous over density project was what they wanted to review,” she said.

“We had never been through this process before, so we were like deer in headlights… Within a week, we had to jump into action, drop everything… just to try to do the lobbying that suddenly fell into our lap,” said Cunningham.

She and a few other Shadybrook residents took on the responsibility of representing the entire community at commission meetings and begged for more time to have additional environmental surveys conducted.

Several of the city’s commissioners came out to hear the questions and concerns of the residents of Shadybrook before they cast their votes. At the end of the day, Cunningham said they were still sold out. Even their own district commissioner, Mariah Parker, who they voiced grievances to, voted in favor of the development.

“Suddenly the affordable housing became more important than us,” she said.

Athens is Becoming a Popular Spot for Filmmakers

By: Alexcia Fauscett Athens has always been known as a music town, but it’s ... 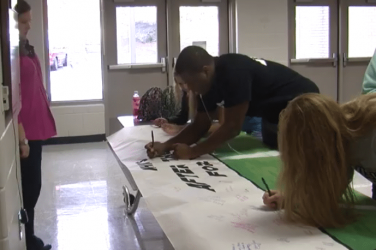 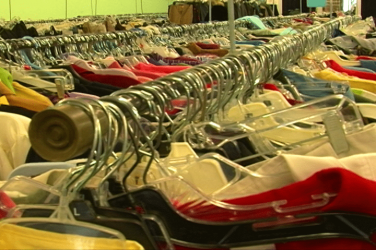 What Can Be Found at an Athens Thrift Store

ATHENS, GA-Ten Karat Diamond Bracelet, 2000 dollars, and a grenade found at an Athens ...