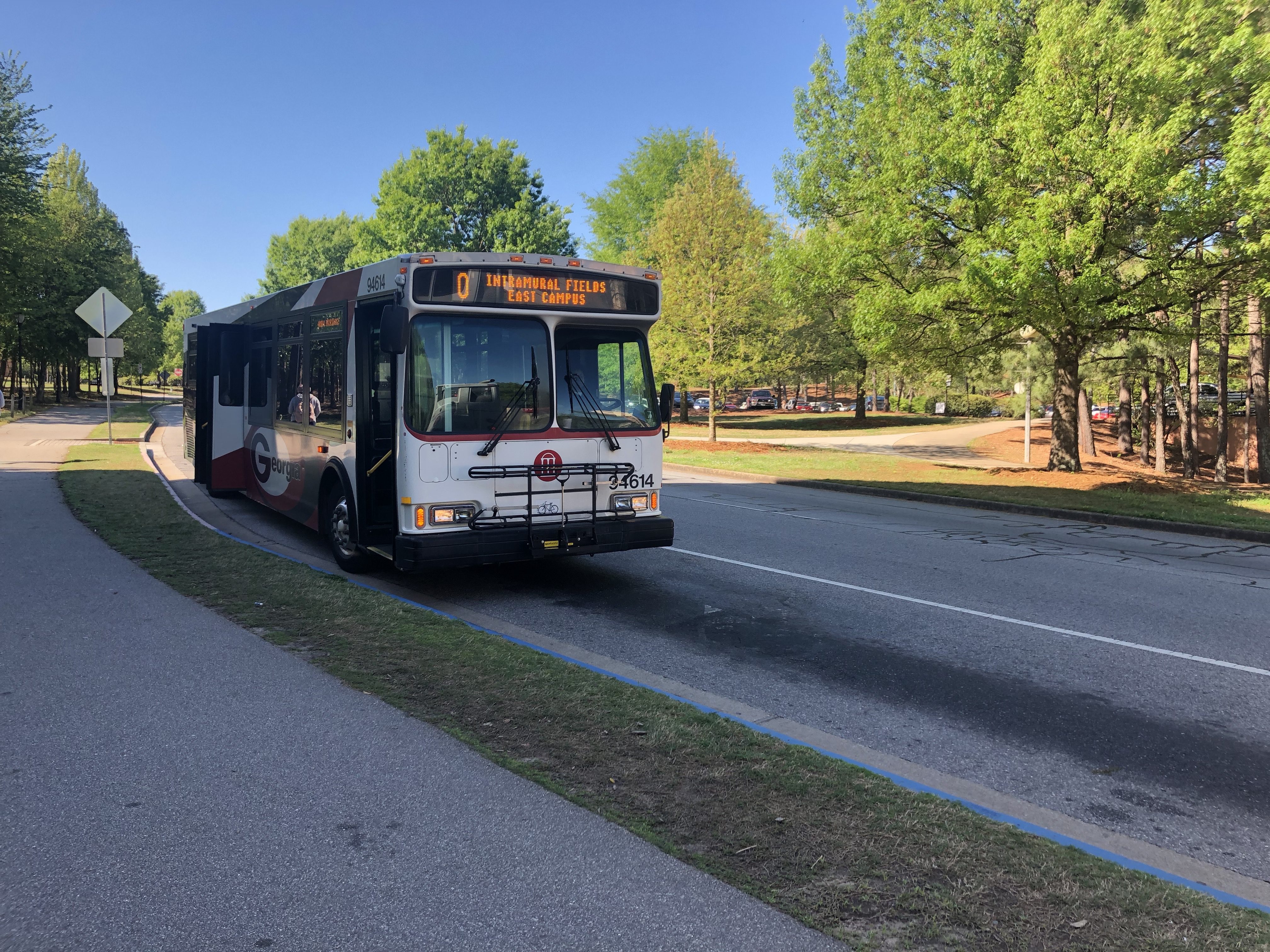 UGA has recently signed a contract with South Carolina tech company Proterra and will be receiving up to 20 Proterra Catalyst E2 electric buses in time for the upcoming academic year.

The new addition to UGA’s transit is being funded by a $10 million grant. The university was awarded the grant from the GO! Transit Capital program that is issued by the Georgia State Road and Tollway Authority.

UGA Transit Compared to Other Universities

UGA currently has the largest campus bus fleet of all universities in the country, according to Jason Perry, the Office of Sustainability program coordinator.

He also said the Athens Transit system, along with UGA’s, has the fourth-busiest per capita transit system in the country.

The layout of campus contributes to the amount of buses the UGA transit system needs. Perry said because the school is physically spread out and new expansions continue to occur, the university needs multiple buses so students can get to class on time.

The maintenance cost for these new buses will be much lower because electric buses are more efficient. They do not run on diesel fuel, so they will not emit greenhouse gases. However, they are not considered zero emission vehicles.

These electric buses also have a regenerative braking system. The energy used when the bus stops is stored back into the battery. The stop-and-go environment created from traffic on campus makes these buses a good fit for UGA, according to Perry.

There is not an exact date set for when the buses will be on campus, but they will be here in time for upcoming academic year.

Majesti Bass is a senior in the Grady College of Journalism and Mass Communication.

OCONEE COUNTY, GA- Construction will start next Monday to complete the popular walking loop at ...

The Madison County Board of Commissioners passed a funding budget that included allocations to ...