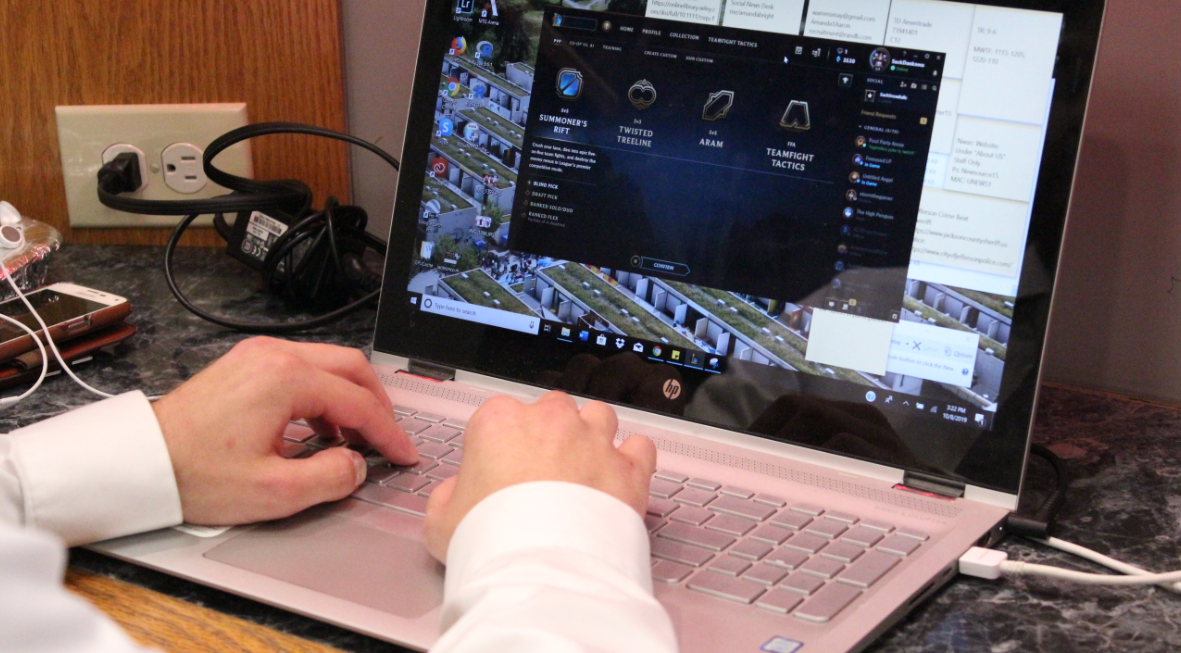 Oct. 11 is the final day that local high schools can register varsity esports teams with the Georgia High School Association for the fall 2019 season. The esports preseason begins the following Monday, Oct. 14.

Penny Pitts, associate director of the GHSA, said of the league, “We’re really excited about the growing progress of esports. [Georgia] has the largest population of high school esports athletes in the nation.”

PlayVS offers three games for students to compete in, but there are plans to offer two more games to student athletes in the coming seasons. The currently available games are SMITE, League of Legends and Rocket League.

For parents and fans in the audience, the games can be confusing. Knowing when to cheer and what to cheer for can be tricky. And like other sports, knowing the rules and mechanics of the game is important for being a good audience member.

SMITE and League of Legends are both Multiplayer Online Battle Arenas.

The games place teams of five against each other in an arena with the goal of destroying the opposing team’s home base. Waves of NPCs, or non-playable characters, march down each of the three lanes dividing the arena toward the enemy bases.

The bases are called Nexuses and are stationed on the top right and bottom left corner of the map for League of Legends and at the top and bottom of the map for SMITE. Players battle opponents in and between the lanes for gold and control of neutral objectives that offer gold and level up your character.

Each lane has three towers for each team. The towers must be destroyed before the Nexus can be reached by opposing players. Each time teams fight each other, it is appropriate and encouraged to cheer.

The audience is expected to cheer when an athlete:

Rocket League audiences have less complexity to worry about than with League of Legends and SMITE. The game puts players on two teams of two, three or four players with the objective of pushing a large ball into the opponent’s goal.

Scoring is identical to a soccer match, except athletes are directing the small cars and the cars can jump and receive speed bonuses.

Games have no limit to the amount of goals that players can score, but there is a time limit of five minutes, so the victor is decided in favor of whoever has more goals when the time runs out.

Audience behavior for Rocket League games is almost identical to soccer. It is appropriate and expected to cheer anytime a team:

Aaron Smay is a senior majoring in journalism in the Grady College of Journalism and Mass Communication at the University of Georgia.

Experts: Americans Only Getting Half Dietary Fiber They Need

STD rates – The rates are on the rise in the United States. People between ...

Will the cows come home?

ATHENS, GA - Northeast Georgia Livestock is missing ten of its livestock valuing at ...