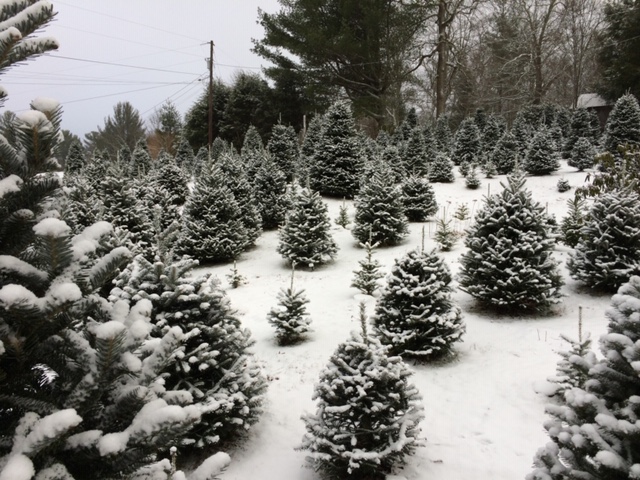 Sparkling, unpacked decorations sit in boxes on the large, wooden table in a dining room of the home off Milledge Terrace. Festive bright red bows, green candles, and empty gift bags spill out, waiting to deck the Henderson’s halls. These overflowing bins of holiday cheer show part of the family’s Christmas spirit, but they are no match for Allen Henderson’s love of the holiday.

“I don’t remember a time that I was not just enamored with Christmas,” Henderson said. “Definitely my favorite time of year.”

On Dec. 12, Allen Henderson will celebrate his 67th Christmas. He was supposed to be born in early January 1951, but Henderson came six weeks early.

“My mother claims that only after a Christmas or two, she knew why I came early — that I did not want to miss Christmas in ‘51,” Henderson remembered.

Nearly 37 Christmases later, he married a woman who shared his affinity for the holiday season.

“My wife Susan, when we were dating, I asked her one time, ‘If you could get married at any time of the year, when would that be?’” Henderson recounted with a laugh. “She said Christmas and I said, ‘Oh boy.’”

The couple has two children, Robert, 24, and Margaret, 23, who both live in the Athens area and join their parents in many beloved holiday traditions.

One of those traditions began before the Henderson children were born and centers around Allen Henderson’s favorite part of the holiday: the Christmas tree.

In 1992, Henderson borrowed his father-in-law’s pickup truck to bring back Christmas trees from North Carolina for friends and family. One of the properties he bought trees from was in Newland, N.C., the county responsible for producing the first frasier fir Christmas trees. Henderson noticed a for sale sign at the Newland tree farm years later and bought the land.

“I’d been going to this location for a number of years, never ever dreaming that I might own it. So it’s really kind of a dream come true,” he said. “Now I’m living out my dream of not only selling trees, but growing trees.”

The Hendersons’ work all year at the tree farm to make sure the trees are ready for the holidays. They harvest between 50 and 60 hand-selected trees on their piece of land and pick other trees from two different North Carolina tree farms to sell to invitation-only customers in their backyard.

‘“Most of my customers I’ve had for years. I know what they like, and can seem to remember that fairly well,” Henderson said. “It’s a lot of hard work, but it’s worth it because I believe it makes people happy and they enjoy it.”

Allen Henderson’s business enhanced his love of Christmas trees, but the holiday focal point’s symbolism is more than physical.

“Being a Christian, the evergreen means a lot to me: the ever-living Christ,” Henderson said. “I like all the lights and the trinkets and decorations very much, but the tree itself really speaks to me. It’s a very special, spiritual thing for me.”

Casey Rose is a senior majoring in Journalism in the Grady College of Journalism and Mass Communication at the University of Georgia.