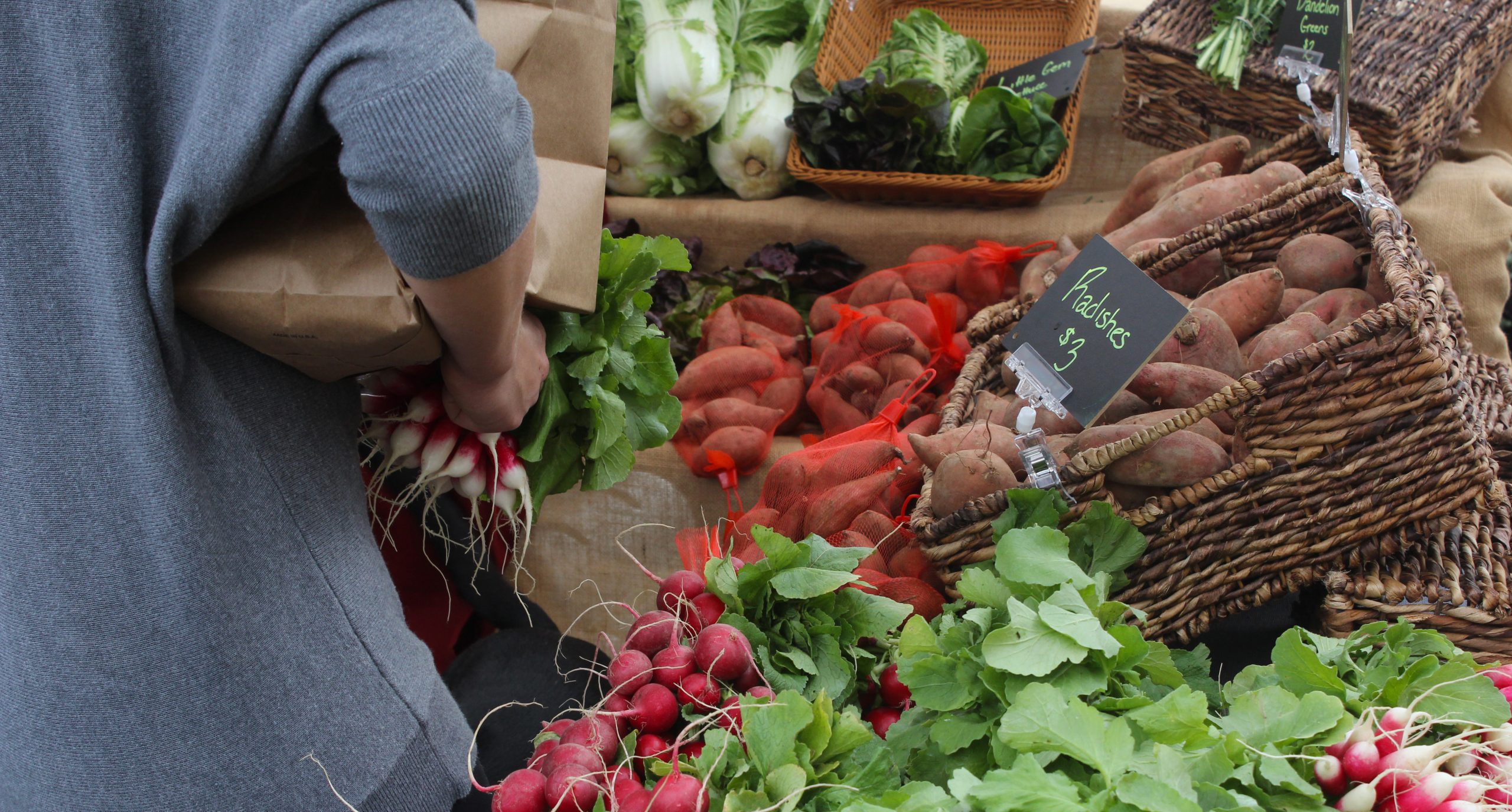 After four months of service in Athens, Georgia, Food Fight GA has terminated its services due to lack of funding. Now, food insecurity in Athens is more exposed than ever.

Committing to providing relief to restaurant staff and farmers in the wake of COVID-19, Food Fight GA donated weekly produce boxes of locally sourced ingredients to restaurant staff who were furloughed or experienced reduced hours. Georgia Organics and the Jamestown Charitable Foundation spearheaded this effort.

Lauren Cox, the coordinator of Food Fight GA at Georgia Organics, said one of the main priorities in addition to relief was “to keep the relationships of farmers and restaurants alive and supported through the pandemic.”

According to the Georgia Restaurant Association, restaurant and food service jobs account for 11% of employment in the state. This means almost half a million Georgians have likely faced unemployment or reduced working hours following the COVID-19 shutdown.

Additionally, the Georgia Department of Labor reported that the food service industry has filed more unemployment claims than any other industry.

Food Fight GA initially focused its relief on the Greater Atlanta community. However, in July, they began extending their services into Athens.

With a “strong farming community,” Cox stated that the expansion into Athens just made sense.

Because The National and Five & Ten were acquainted with Georgia Organics prior to this program, they quickly became participating restaurants.

“If it weren’t for COVID, I would have known about what Georgia Organics was doing with Food Fight  sooner,” said Erin Wilson, general manager of The National, after Food Fight reached out to her. “We were too focused on just keeping the restaurant running in the wake of COVID.”

Like many Athens restaurants, The National isn’t able to provide full-time work for its 40-member staff due to their reduced operating hours.  Though they recently began table service on their outdoor patio, The National was only offering curbside pickup for its first few months post-shutdown.

According to Wilson, the most difficult aspect of having to adapt a business to COVID-19 protocols is disappointing her staff.

“A third of sales can be managed on a business side, but you can’t manage a full staff with a third of sales without draining your bank account,” said Wilson.

When Food Fight reached out to The National, Wilson said it was a welcome surprise. Not only was she relieved that her staff was able to receive support, but she also received a weekly opportunity to check up with her employees when they came to the restaurant to collect their boxes.

Lawson Grice, a cook at The National, said the weekly produce boxes saved him and his husband from financial struggle.

“Especially when we were terrified of COVID, we would go to the grocery store for proteins, oils, butter and cleaning supplies, but otherwise, we just lived off the boxes,” Grice said. “It was absolutely enough food…Financially speaking, they saved us big time.”

The Supply Side: Local Farms Aid in the Food Fight

Wilson was also thrilled at the idea of engaging with their local produce suppliers again, like Hickory Hill Farm.

“It is such a thoughtful way to make a donation at a time when people don’t just need a handout, they need their business to be lifted up too,” Wilson said.

Farms received full retail price for all of their produce bought by Food Fight.

“We do miss it. From a financial standpoint, it was very nice to have that steady income,” said Josh Johns with Hickory Hill Farm.

However, according to Johns, one of the largest impacts was building new relationships with restaurants. Located outside of Athens in Carlton, Georgia, Johns said Food Fight introduced them to restaurants in Athens and Atlanta that they never knew existed.

“After this settles, we’re hoping to have a few more restaurants purchasing from us who are familiar with our quality of goods,” he said.

According to Georgia Organics, Food Fight spent over $200,000 in direct food purchasing from their participating farms. However, after eight months of service, Food Fight’s funding has dried up.

The last week of October was Food Fight’s final week of service. They are currently seeking donations to meet a fundraising goal of $10,000 to continue this program.

According to David Berle, an associate professor of horticulture at the University of Georgia, programs like Food Fight, while beneficial, are largely just patchwork for a system of issues in Athens regarding food insecurity.

“It’s going to take more than a stopgap to solve this issue…We’re really just sticking our fingers in the hole of the dam, but the dam needs to be rebuilt,” said Berle.

Athens-Clarke County is one of the poorest in the state, with over 30% of the population living in poverty. Closely tied to this, more than 25,000 individuals in ACC are food insecure, meaning they lack consistent access to enough food to fulfill an active, healthy lifestyle, according to the U.S. Department of Agriculture.

Fifteen census tracts in ACC are listed as food deserts by the USDA. These high-poverty areas contain a large number of individuals who live more than a mile away from grocery stores. Without a vehicle, getting to a supermarket can be nearly impossible for ACC residents who live within food deserts.

For example, Pinewood Estates is a mobile home park in North Athens. Although located next to U.S. Highway 29, Pinewood Estates has no access to bus routes, sidewalks or bike paths. The only walkable destinations are a small produce store and a gas station.

Occupied by many food service professionals who work at the 30-some restaurants within its perimeters, the downtown area is also a food desert.

“Athens has had a food desert downtown forever. I personally haven’t had a car in six years. I’ve always lived right around downtown, so I’ve always been on foot. It’s always been hard to get fresh food,” said Lawson Grice.

Located on the outdoor patio of Creature Comforts, the Athens Farmers Market on Wednesdays provides an attempt to remedy the food desert downtown. However, its price point is too high to serve as a primary grocery store, according to Grice.

In response, Johns agreed that their items are high-priced, but not without good reason.

“[Hickory Hill Farm] is not mechanized, there’s lots of manpower involved in it. Also, we do organically, so we do take a lot of losses on things where we just can’t spray and do things a conventional farm could do to cut losses,” he replied.

“We were already hanging by a thread and now that thread has been cut,” said Berle. “Now we have to recover from COVID, but all of the underlying issues are still there. That is beyond what response programs can do.”

After Food Fight’s final week of service in October, Grice expressed concern at the thought of purchasing a week’s worth of groceries and meals while still working on a slightly reduced hours schedule.

According to Cox, the $300,000 raised for the Food Fight’s operation was sourced solely from private and foundational funding. Cox stressed that Food Fight was never going to be a recurring program for Georgia Organics because of these financial challenges.

“We don’t have any plans to restart the program unless a funding opportunity arises specifically covering its costs,” she said.

However, Cox did not rule out the possibility of Food Fight GA becoming its own non-profit organization in the future should a new source of funding arise.

Amelia Johnson is a fifth-year majoring in journalism in the Grady College of Journalism and Mass Communication at the University of Georgia. 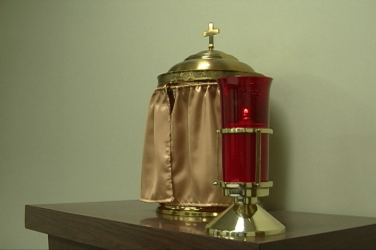 A local priest says recent remarks by the Pope are on ...

Parents of Ivy Dawn Merck, missing since Aug., to appear on HLN 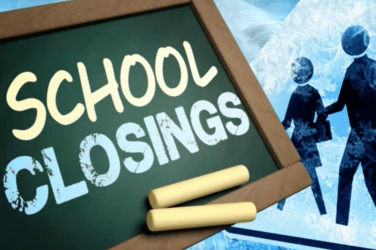 Athens- The lowest temperatures we’ve seen in a year have led to school closings, ...