Ward is one member working to deter Georgia Renewable Power plant’s permit request. GRP has applied for a permit that would allow the biomass energy facility to discharge wastewater into Beaverdam Creek.

“Probably one of the most valuable lessons that I have learned through all of this is not about the effects of creosote on air quality and what particulate matter 2.5 is,” Ward said. “What I have learned about that’s been most valuable to me is what is the definition of environmental injustice, poor rural communities and cash-strapped industries, like this one, rolling into these communities.”

In 2020, the same power plant was banned for burning creosote-treated railroad ties. After winning this notable grassroots issue, Ward and the MCCPC have not stopped there, and have turned their attention to addressing the next issues — wastewater, noise pollution and odor.

Ward’s back porch is 4,000 feet and seven-tenths of a mile from GRP’s stack. The number one aspect that worries Ward are the toxins that the wastewater contains. Ward said the wastewater will not be pretreated, so toxins will not be removed. Ward thinks it’s dangerous to release 200,000 gallons a day into these small creeks. She highlighted that this could lead to erosion and trees falling. Ward also noted creatures that depend on Beaverdam Creek for a water source could suffer.

Why It’s Newsworthy: Madison County Clean Power Coalition is challenging a possible wastewater permit approval by Georgia Renewable Power in Colbert, Georgia, and is attempting to decrease the negative impacts of industry in their rural county.

The health of small streams is critical to the health of entire river networks and downstream communities, according to the United States Environmental Protection Agency. The Missouri Department of Conservation details how land development can begin a chain of events — flooding, erosion, stream channel alteration and ecological harm. Streams and creek’s shapes can change over time in response to the sediment loads that they receive. This physical alteration combined with pollution can then degrade habitats and reduce wildlife diversity.

Ward also noted the pollution that she experiences first-hand, living less than a mile from the power plant’s stack.

“When I went for a tour in December,” Ward said. “It stinks, and the smell permeates my home.”

Ward commented on noise pollution from the plant. She said she faces the “dryer” side of the plant, which creates noise “24 hours a day, seven days a week.” Ward said sometimes it sounds like an airplane is taking off in her backyard.

It’s awful. It wakes me up at night,” Ward said.

Madison County Board of Commissioners Chairman Todd Higdon said he has a positive relationship with Ward, so his position on the situation has been challenging. Higdon noted that it’s also challenging to have a perfect industry that can please all the public.

In order to address the water runoff issue, Higdon suggested installing a sewer plant in the area that would clean the water.

“So that when it goes into the streets, creeks and streams it would be perfectly fine,” Higdon said. “Well, when I made that comment, it hit the newspaper… Guess who calls first? The coalition. You know, the first words out of some of them’s mouth were ‘Oh, so now we have this stinking, nasty, polluting plant, and you got to throw a sewer plant on top of us? Do we just need to sell out leave?’ This is what I heard.”

Higdon mentioned that with a large-scale industry with heavy equipment running, such as GRP, there will never be a “quiet zone.” Yet, he does believe that GRP has already made significant strides when responding to the MCCPC’s requests.

“There’s going to be noise, you know, and one of the things, you know, that they talk about is noise pollution,” Higdon said. “I believe there really is, but where do you where do you draw the line and say, ‘Okay, what isn’t too much noise versus you have to have this industry here to be able to survive?’”

Ward said this issue needs a lot of public attention. She believes industries can take advantage of smaller, rural communities.

Ward hopes her work inspires other Madison County residents to speak up if they see something they believe is wrong.

Georgia Environmental Protection Division spokesman Kevin Chambers said there is not yet a timeline for a decision to be made.

Gillian McIntyre is a senior majoring in journalism with a sports media certificate in the Grady College of Journalism and Mass Communication at the University of Georgia.

Local Organizations Use Social Marketing Campaign to Inform About COVID-19 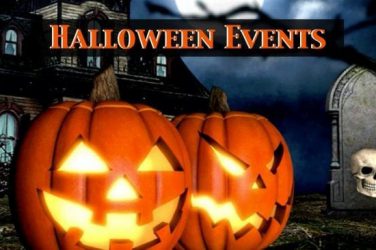 Halloween Events Coming Up This Weekend

If you are still looking for something to do this weekend for Halloween, ... 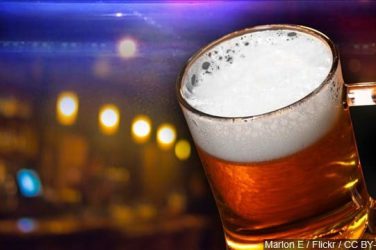 OGLETHORPE– Officials in Oglethorpe County are hoping to bring a new brewery to the ... 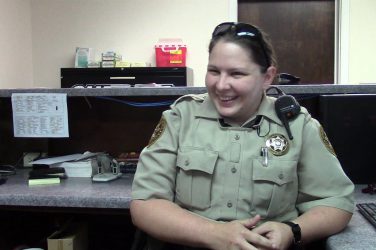 By: Jordan Mecca Sunny Wallace, a single mother of three, moved to our area ...