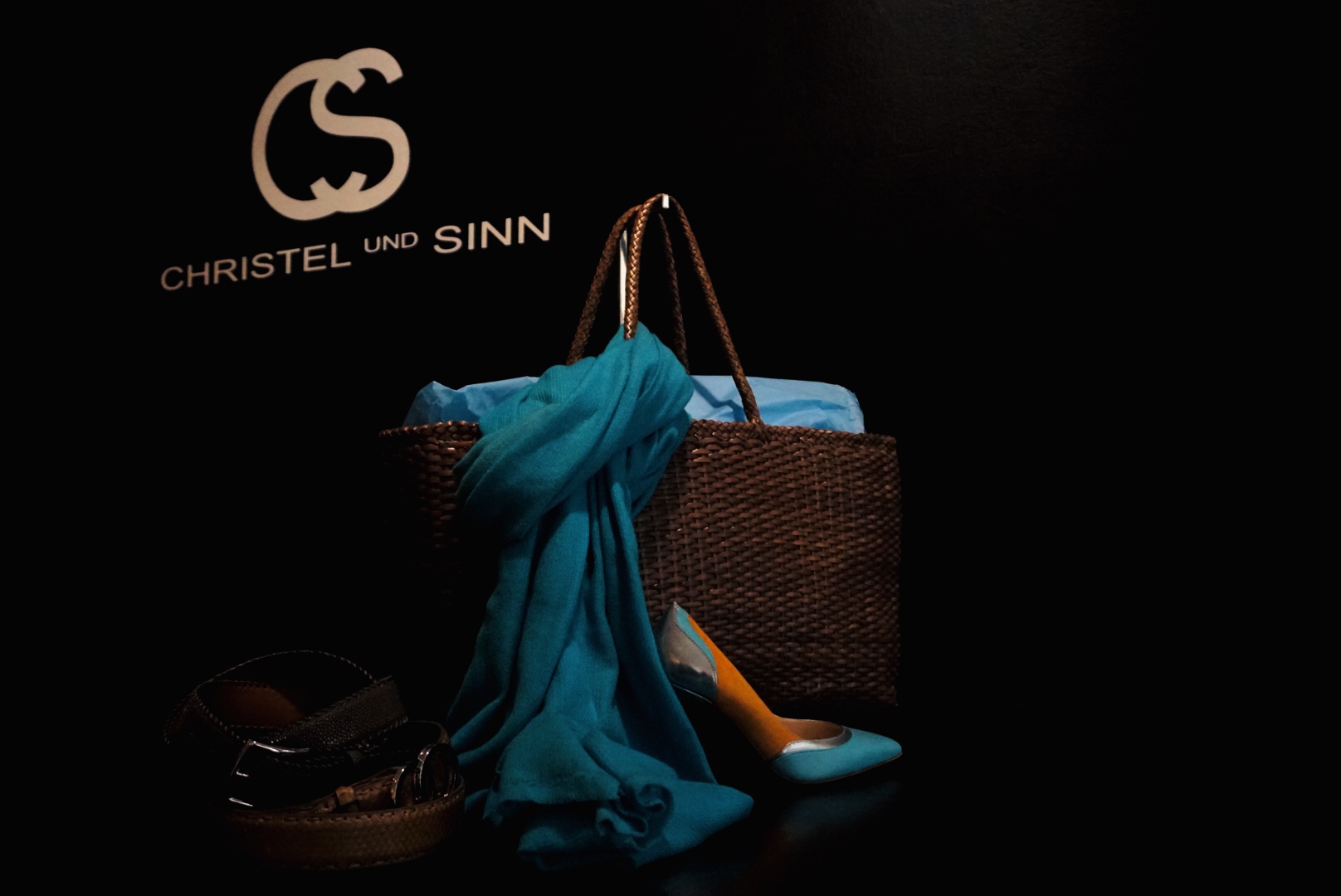 You know the look. Flashing lights, raised stages, catwalks, pumping music and models that thread the scenes of the new and now. Dior, Chanel, Yves Saint Laurent and Louis Vuitton are known for their designs.

But have you heard of Christel und Sinn or Lemmy Murr? These German designers weave their designs and couture, innovating styles in a world where competition is fierce.

Why It’s Newsworthy: Red-carpeted galas broadcast worldwide, like the Met Gala, showcase celebrities in vogue clothing by famous designers such as Valentino, Balenciaga and Ferragamo. But, lifestyle media and journalism can give lesser-known names a platform to share their work and build a following.

I spoke with Heike Goritzki, a film and television fashion stylist for Bayerischer Rundfunk, a public television studio in southern Germany. Her background includes styling celebrities in fashionable clothing for the red carpet.

Goritzki’s experience in fashion and styling started in Munich as a university theatre student where she found connections between fashion, clothing and costumes in her projects. Later, she worked as an intern for J&M Costumers in Los Angeles. She created celebrity costumes for clients, including the late Michael Jackson.

She’s worked for movies, television and even red-carpeted galas. After finding her niche in styling and fashion, her prior experiences led her to Bayerischer Rundfunk 30 years ago. There, she’s a stylist for the anchors and reporters who report live across German television.

Goritzki coaches the anchors and reporters on what to wear and what looks good on them. “[Viewers] want to have information but they take the information more seriously if the person, the presenter, is dressed properly,” Goritzki said. “And they don’t think about it, but it’s like that.”

When it comes to her coaching, Goritzki’s team appreciates her talents and experience because they make a difference on air. “The bosses know that this is important,” Goritzki said. “They see an improvement. That’s why it’s more and more welcome.”

But when working for the red carpet here in Germany, Goritzki mentioned how communication can be difficult. She explains that the more famous a person is, the better brand they get to walk in. These are common problems with celebrity clients when they may not get the dress or brand they want. These wardrobe calls aren’t hers alone, but the companies sponsoring the outfits, as well.

Some of the companies … notice that [it doesn’t] have any effect for them if the person is not so famous,” Goritzki said. “It is not the person the brand wants to be connected with.”

Goritski’s work benefits people outside the media, too. She sometimes makes her own clothes and explains how “it’s a really good idea when you use a really good fabric like cashmere for a coat.” If you are willing to put in the work, you can save money––sometimes hundreds of euros––buying the material rather than off the rack. When she buys fabric and clothing, she looks to see who it benefits, as well. Fair trade, a sourcing system intended to financially benefit workers, is really important to Goritzki.

“It’s sometime only 10 cents more for a T-shirt to improve the life of somebody really who sews the t-shirt,” Goritzki said.

In addition to her work, she’s been helping people with diseases and illnesses for the past three years. She consults with families of cancer patients and then revamps their wardrobe to help restore their confidence.

“I try to help and sometimes I can open a door into another life,” Goritzki said. “Especially women have to change their outfits but after my work they feel good and beautiful. That’s a [thing] I want to do.”

Weaving my way south of the Marienplatz, I spoke with Jörg Christel. He is one of two designers of the brand, Christel und Sinn. Their brand specializes in women’s couture design and wear, made to measure for their clientele. They create shoes, bags, dresses and coats.

Christel said after he started studying at the German Master School of Fashion in Munich, he moved to London for an internship with Vivienne Westwood––a famous fashion designer. While he enjoyed his internship, he quickly learned that every designer has specific preferences for their brand, such as a side or back seam on a dress. As a designer himself, he understood the reasons for personal preferences but could not bear to know his designs would later be placed in storage after being displayed on the catwalk.

Once Christel’s internship with Westwood ended, he returned to Munich. There, he met his design partner, Uwe Sinn, while working as a costume designer. Christel explained how his job as a costume designer was not what he was looking for and that his freelance work was not sustainable. From there, he and Sinn started their own business together.

While he was out at dinner, Christel noticed a lady who walked into the same restaurant. Her coat looked familiar. When he got a closer look, Christel realized that she was wearing the very coat he designed for her. Seeing the woman wear his design fueled his passion even more than before.

It is a very nice feeling to see that people do live in your clothes,” Christel said.

The duo originally wanted to sell their products straight from the rack, but they soon realized that clients preferred well-fitting outfits created just for them. Christel und Sinn have developed into a successful pair that customizes outfits for their clients.

They have built a reputation with some well-traveled buyers who come to them for their wardrobe. Christel told me he doesn’t want to compare himself with other well-versed companies, like Prada and Gucci, even though the work they do is comparable.

“We knew that from the start that this would be, with the kind of clothes that we do, the competition would be the likes as Gucci and Prada,” Christel said. “I don’t want to sound arrogant with this saying these names … but with the kind of fabrics and the styles that we do, we do compare with those companies.”

With only four hands running their store and studio, they lack the manpower to compete financially and visually from a marketing perspective. But, when it comes to quality, they can reassure their client that important detail and care is placed in every product.

Their work is more than just clothes. They design and sell shoes as well. They source through a trusted Italian company to manufacture shoes from their designs and specifications.

Christel believes German fashion is too simple. Christel und Sinn aim to be more recognizable internationally than as an independent German couture studio and workshop. He believes that innovating fashion international clients want is the best way to grow as a company–especially with the way technology and media connects the world now.

Lenny Murr is a younger designer from Munich who focuses on menswear. He aims to create sleek, modern and innovative clothing. By simplifying his designs, he accentuates his outfits with accessories and patterns that fit the man for whom the outfit is created. He started his work by taking menswear that already exists and making it new.

“I try to strip it down to the basics,” Murr said. “And then I try to highlight one thing.” 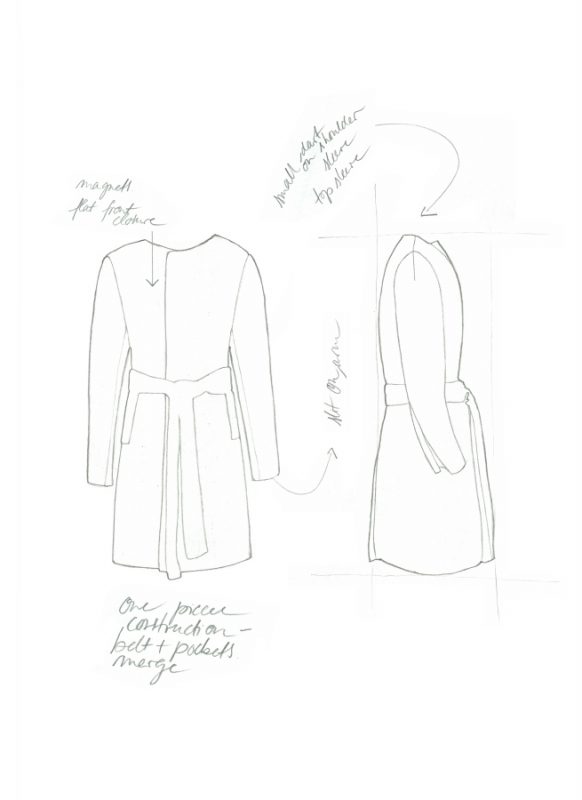 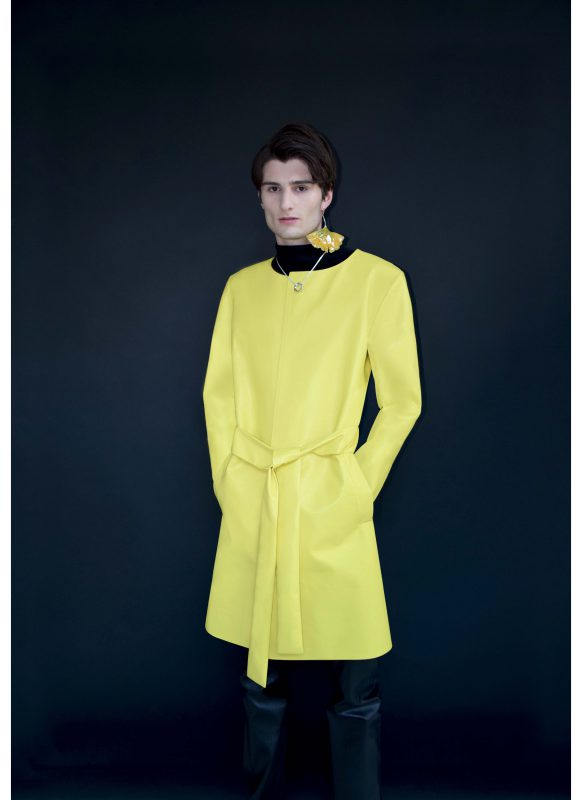 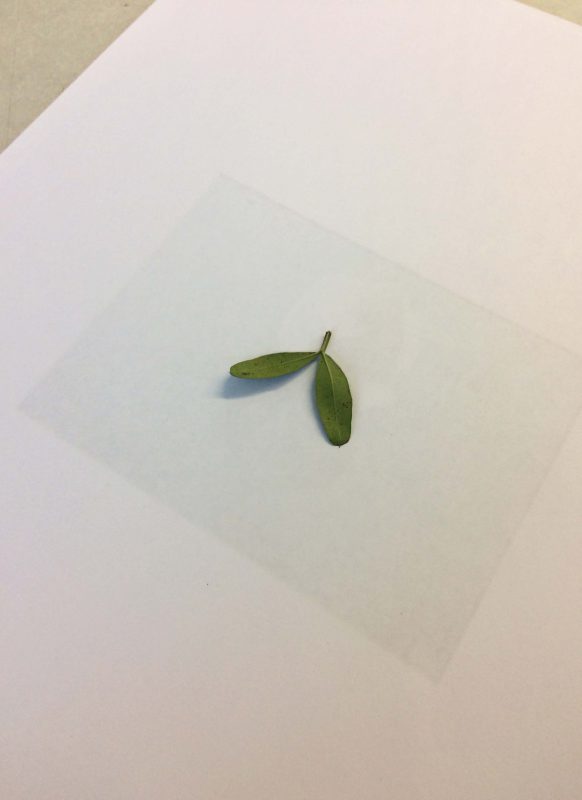 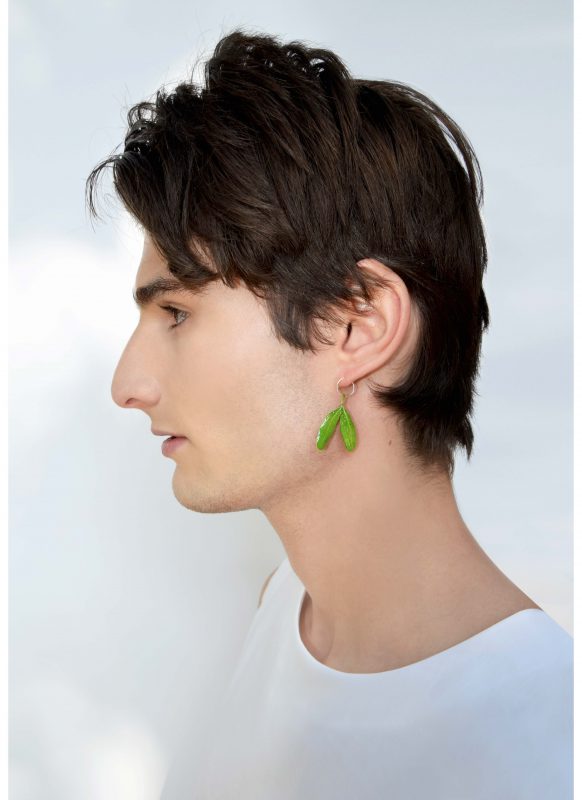 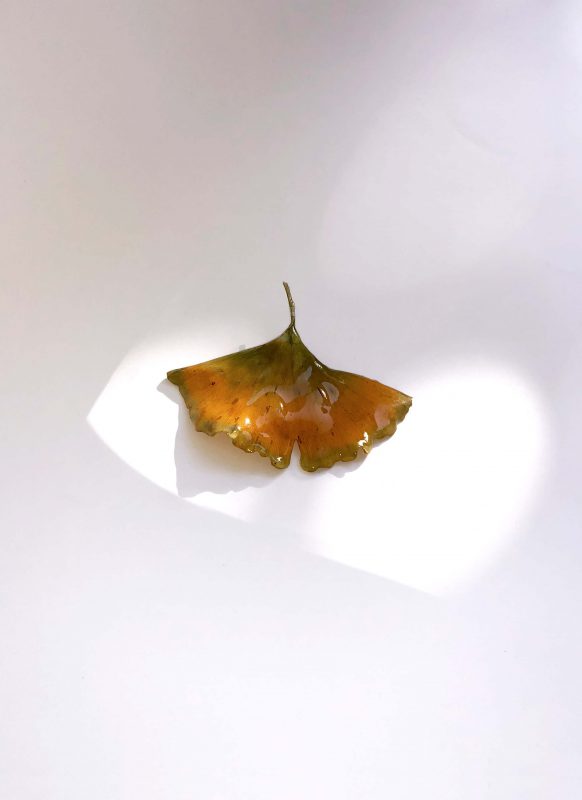 An ingredient to Lenny Murr’s accessory created with resin and nature. This one is his Gingko Earring. (Photo Courtesy/Lenny Murr) 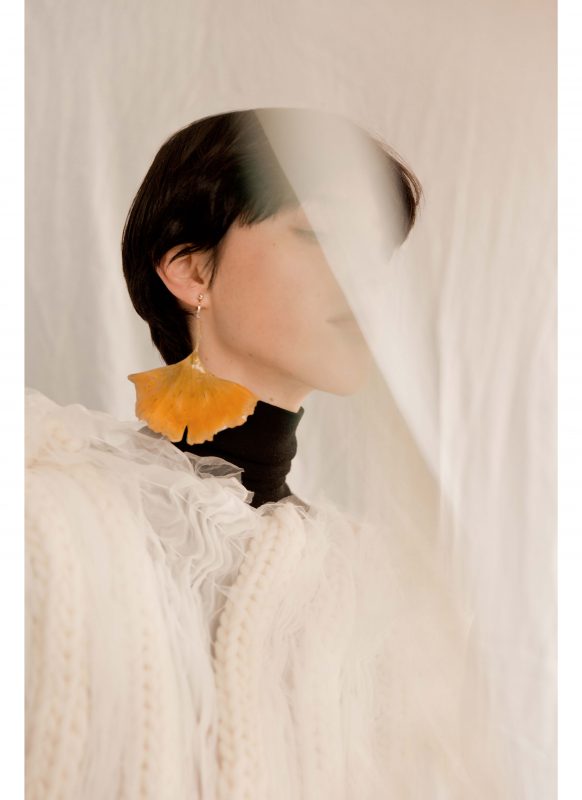 A model poses wearing Lenny Murr’s original accessory, a Gingko Earring. It is made using resin and nature all in one piece. (Photo Courtesy/Lenny Murr)

Murr wants his pieces to be a balance between loose and fit. He doesn’t like the all slim or the all loose look. He wants to make the best out of the body and he believes you can enhance anyone with the right pattern. Calvin Klein and Raf Simons inspire Murr’s work when it comes to modern menswear.

“Modern, clean and fresh,” Murr said. “I think modern is always the most important … If there is one ruffle too much then that’s one thing I don’t like…it just should be perfect in the end.” He aims for a more timeless look.

Like Christel und Sinn, he believes in people living in his clothes.

“I think you have to go with time and people take their time to adapt to new changes and trends,” Murr said. “I always try to find a balance that’s new and innovative to menswear but still actually wearable … and desirable.”

Murr thinks menswear is limited to price as well. For example, if a man wants to shop for something more stylish, he should expect to spend more money. With his work, he hopes to accomplish an affordable and different look that gives typical menswear a modern twist.

Aside from his own designs, he also works as a sales assistant for a clothing store. He explains that male clients typically turn away from clothes and accessories they like because of tags labeled or intended for women.

They are so focused on for which gender it is, so I think, first of all, he should not think about what gender it’s made for,” Murr said. “Just take design as it comes and not as what it’s for.”

As a German-based designer, he appreciates how social media connects brands and networks to others across the world. The idea of an international image is encouraging to him, as well as intimidating. He mentioned how “…it’s a curse and a good thing…because everyone can use this platform…but on the other hand, [he] wouldn’t have the opportunity to reach someone in New York…and then feature [him] in their magazine.”

For other aspiring young designers in the fashion industry, Murr believes they should really think where they want to go with their work. He recommends considering the options of your work and finding what you really want to focus on. He thinks that “people try to take you down because they’ve worked so hard to get where they are, and they’re intimidated by someone who is upcoming.”

Haute or Not: You Decide

The fashion industry is a worldwide network of what’s hot and what’s not. Smaller-scale designers could be the “next big thing,” while encouraging other aspiring designers to make their voices heard.

Kyle Farrell is an upcoming senior majoring in journalism in the Grady College of Journalism and Mass Communication at the University of Georgia. 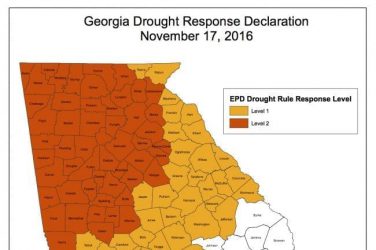 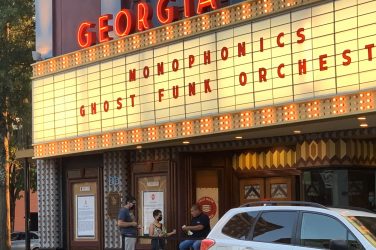 Music To My Ears (Finally): How Athens Venues, Businesses Adapt To ‘New Normal’

Four to five nights a week, a line of people wrap around the ... 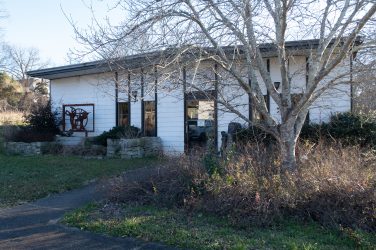 In Lexington, Georgia, less than 20 miles from Athens, there’s a small, white building ...