Joel Siebentritt bowed his head in prayer along with 50 faith leaders in Georgia. The Zoom screen showed everything from priests wearing clerical collars to rabbis in casual clothing.

The mid-November video call was the first-ever statewide effort against inhumane conditions within Georgia Immigration and Customs Enforcement detention centers.

The meeting was coordinated in reaction to the September whistleblower account of medical neglect in the Irwin County Detention Center in Ocilla, Georgia.

Siebentritt attended in his role as coordinator of the Athens-based Interfaith Sanctuary Coalition, a grassroots group founded in 2017 that ramped up efforts to support the Athens immigrant community this fall in light of the news about the immigrant detention centers and the ongoing coronavirus pandemic. Since the spring, the group has raised more than $150,000 for immigrant families, said Siebentritt.

Why Its Newsworthy: The Interfaith Sanctuary Coalition has increased efforts this fall to assist the Athens immigrant population during the pandemic and various reports of injustices within Georgia Immigration and Customs Enforcement detention centers.

The coalition includes representatives from a core group of six to 10 religious congregations, said Siebentritt, who is also the Mission Outreach Committee chair at Oconee Street United Methodist Church. Faith traditions including the Unitarian Universalist Fellowship, Religious Society of Friends, Judaism and several branches of Christianity are represented in the unincorporated “ragtag group,” he said.

The organization is dedicated to offering hospitality, safety and opportunity to all immigrants in Athens, regardless of legal status. It is one of more than 50 national and interfaith partners that work with Refugee & Immigration Ministries, a ministry of the Christian Church (Disciples of Christ) that coordinated the statewide Zoom call, to advocate for immigrants. The ISC meets monthly to organize efforts to fulfill the needs of the community including material item collections, advocacy or vigils.

Faith leaders in the Athens area united to form the ISC in response to negative rhetoric and strict immigration legislation from U.S. political leaders which conflicted with their faith teachings, said Siebentritt.

“When there is indignity, abuse and the flaunting of laws for the exclusion of people seeking safety, in this case, then our faith tradition says that’s wrong,” he said. “And we have an obligation to protect, to provide sanctuary, to support our neighbor.”

Freida Hammett, the Athens Friends Meeting representative to the ISC, found a similar call in her faith tradition.

“Quakers believe that there is that of God in everyone. The American Friends Service Committee, and Quakers in general, is very active in honoring everyone and giving everyone equal chances,” she said.

In response to the COVID-19 pandemic, ISC member JoBeth Allen started the “Fondo Solidario” fundraiser in April. It encourages Athens citizens to donate a portion of their $1,200 government stimulus check to undocumented neighbors who could not receive one.

As the ISC’s biggest initiative of the year, the initial campaign aimed to raise $50,000 to distribute to immigrant families. The initiative spread so widely via email, social media and word of mouth that, as of Nov. 11, they had raised $150,000, said Siebentritt.

The Athens-Clarke County Unified Government allocated an additional $230,000 to local communities, which the ISC and Athens Immigrant Rights Coalition network are distributing now.

Families in need must apply to receive donations which the “Fondo Solidario” review committee then provides as direct funding for food, rent or bill payments. The review committee at times receives 30 to 50 applications a week, Siebentritt said.

In addition to its COVID-19 support efforts, the ISC continues to advocate for a solution to systemic injustices in Georgia immigrant detention centers. The leaders organized rallies with the AIRC to denounce abuses within the Irwin County Detention Center in September, and they are now exploring new advocacy initiatives sparked by the November key faith leaders meeting.

“Prayer really is an essential part of building resilience,” she said.

The ISC acts based on advice from its sister organizations within the Athens Immigrant Rights Coalition, a collection of four groups formed in 2011.

“We don’t have our own agenda, per se. Our commitment is to follow the lead of the affected community,” said Siebentritt.

So, the ISC placed detained immigrant rights at the top of its agenda this fall and crafted a petition calling for closure of these centers, said Siebentritt.

“On grounds of faith, conscience and moral imperative, we demand a thorough independent investigation into the charges of medical abuse against women detained at Irwin Detention Center,” says the ISC petition, which has over 60 signatories so far.

The ISC plans to contact local and national political leaders in the coming months to advocate for policy change under the incoming Biden administration.

“We need immigration policy reform to be on the agenda. It needs to be a high priority because people’s lives are at stake, due process is at stake. People are not receiving the benefit of what our law says they should receive,” Siebentritt said.

Siebentritt and his wife have been paired with a family in Madison County for the past two years through the ISC’s “buddy program” in which congregants are paired with an undocumented family to connect with and support. The couple attends the children’s First Communion services, helps with transportation needs and shares quality time with the family.

Siebentritt’s “buddy” called him joyfully when Joe Biden was projected as president-elect on Nov. 7. He asked if Siebentritt would be celebrating with cake that afternoon.

“Given this election result, he now sees hope. And you could sense it. And he said, his entire community is feeling really big,” Siebentritt said, “because the weight of the previous administration, still current administration, had been lifted knowing that there is a person who at least speaks with a humane ethic.” 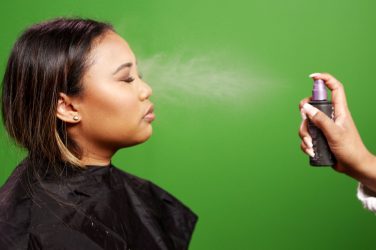 The price for prom now calls for the price…for pretty. Social media has changed ... 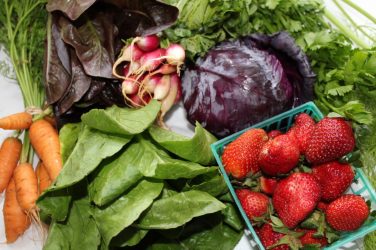 Families who deal with unstable housing conditions already have enough to worry about, and ... 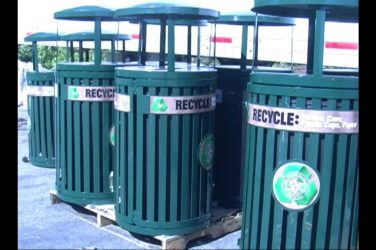 Athens is getting what is known as a CHaRM facility. This is a Center ...