It is Wednesday at 11:30 p.m., and five students gather on Zoom for their own faith community. Charese Hammond leads a prayer to start off the Bible study group on that mid-November night. They say amen, and then Toni Smith, a fellow University of Georgia student, starts the discussion of “goods” and “boos” for the previous week.

Highs include a member of the group joining Alpha Kappa Alpha Sorority, Inc. and being able to visit family, while lows, such as trying to prepare for finals, allow the group to get a sense of how each one feels mentally and emotionally.

From the prayers to those weekly updates to the sermons that follow, there’s an overwhelming sense of trust and support.

This group formed during the pandemic and aims to create a welcoming environment, much like they felt when their churches met in person, through the way they cater to the needs of each person to achieve its desired goals for weekly worship and academic excellence.

Why It’s Newsworthy: Many churches have changed their style to accommodate for safety in the COVID-19 pandemic. This has led to innovative techniques to allow people to gather whether it was virtual or in-person.

The pandemic presented a unique challenge to create the feeling of church in this new environment. In March, many places of worship closed its doors for in-person worship services and other programs due to the risks associated with the COVID-19 pandemic.

As people have adjusted to society for the last eight months, many people became creative with their approach to worship, such as virtual services over Zoom, meeting in parking lots and creating online communities.

Hammond and Smith, along with UGA students Rena Clowers and Faith Gray, and Tyehimba Shabazz from Georgia State University, made the decision to create their own Bible study. Prior to the start of the pandemic, many of the UGA students were involved in local congregations, such as Timothy Baptist Church, and had to make an adjustment when they returned to school for the fall semester and their churches did not reopen for in-person services.

Gray, a pre-pharmacy major from Stone Mountain, Georgia, says the virtual group provided a different sense of comfort compared to other forms of Bible study groups.

The members join the weekly meetings from  their individual dorm rooms. A typical  meeting includes sharing about their life, music, prayer, Bible stories, a sermon and spiritual homework. They aim to keep the session 40 minutes or less.

For Black Christians, church is where many people find their sense of community. According to Pew Research Center, 79% of African Americans self-identify as Christian, and three-quarters say religion is very important in their life.

Since a large amount of African Americans built their sense of community from their faith community, Gray says the members use their personal experiences as assets in their weekly meetings.

“Me and all my friends all go to different churches,” says Gray. “It’s really interesting to hear the different experiences that they’ve had in their churches, being able to share things that I’ve had with my church, and all of this kind of just coming together about the same common ideas.”

Shabbaz, a game design major from Stone Mountain, Georgia, took the opportunity to join this Bible study with his friends to explore the ideas of Christianity. He says he did not grow up with a specific religion, but he did believe in a higher power.

Smith says she chose to be a part of this group mainly due to flexibility.

“I think it is more being in a safe, comfortable, safe, and also being flexible with our time and making it something that works for all of us,” says Smith, a journalism major from Decatur, Georgia. “Instead of making it ‘Oh, man, I can’t make that because that’s all on Tuesdays at 7 p.m.’ and then I will miss out on my God for the week or my word for the week. So this just makes sure that we were able to change the day.”

Different students give the sermons depending on the week. Smith’s topic during the November meeting was fear and overcoming it (Matthew 8:23-27). Smith said she was nervous giving her first sermon and became more comfortable over time.

“For me, when I do it (write sermons) comes from what was what would be relevant now or what is something that I know that all of us would benefit from right now,” says Smith. “I read my Bible app every day. I write down certain verses, I go through my favorite one to see what scripture or book I want to pull from and I just started to write from there.”

A student-led Bible study group mostly composed of women and preaching sermons is not a common sight to see. Overall, women holding leadership positions in faith groups and facilitating sermons is rare. A report from the National Congregations Study said 13.5% of American congregations were led by women in 2018-2019.

“It’s empowering to know that we as young women are just as capable of giving sermons,” says Gray. “It’s nice to hear the different points of view of the ladies in our group.” 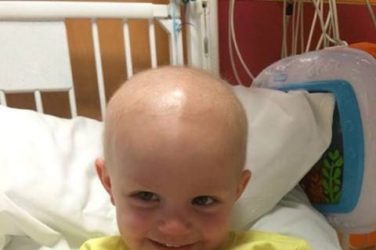 Meet a little boy from Barrow County that loves superheroes. You could even say he is ... 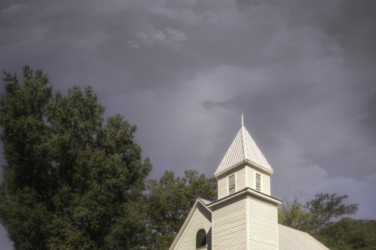 Oglethorpe County, in northeast Georgia, is the state’s 17 county, and its 441 square miles ... 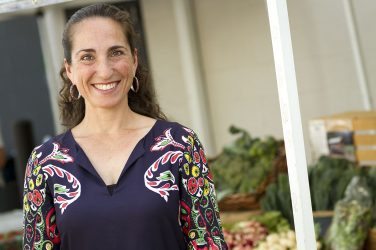 Emma Laing said she sees health in a diverse way, and she teaches her ...