When local artist Jessie Lamay lost her job in March 2020 to the COVID-19 pandemic, she didn’t know this would only be the start of her difficult year. Two months later, her mom died after a 10-year battle with cancer. Shortly after, Lamay was diagnosed with bipolar disorder.

Mourning and in need of a steady income, Lamay applied for artist grants and poured herself into her commissions — painting and selling custom acrylic portraits of pets and miniature clay figurines.

As the pandemic continued, she branched out to creating jewelry, candles, ceramics and resin art. Lamay sustained herself on commissions for over a year, until in August 2021, she discovered the Athens pop-up market scene — a community that finally helped her flourish.

“The pandemic hurt a lot of people,” she said. ”So when we talk about markets, for me, like, that saved my life. That paid my bills, that paid my water bills. I’m extremely, extremely grateful to be in the position I am.”

Why It’s Newsworthy: With the advent of COVID-19 in 2020, most art venues shut down and worries of losing the art industry due to subsequent economic depression spread. Filling this void, local artists and organizers have created new environments for artists of all types to sell their art and take part in a community.

Before the pandemic, there were several art markets around Athens, such as the vintage pop-ups hosted by clothing brand Orphintage or the annual artist pop-up hosted by the Georgia Museum of Art.

However, when COVID-19 hit Georgia in March 2020, the Athens-Clarke County Commission was one of many local governments across the country to pass an ordinance banning all gatherings of ten or more people, prompting all live events, including art markets, to be canceled, postponed or moved online.

These shutdowns and restrictions quickly led to job loss and economic depression, with the national unemployment rate more than tripling from 4.4% in March 2020 to 14.8% in April 2020,  according to the Bureau of Labor Statistics.

Athens was not spared this economic downturn. The Bureau of Labor Statistics data shows the unemployment rate in Athens-Clarke County skyrocketing from 3.4% to 11.2% between March and April 2020, right when Jessie Lamay lost her job as an assistant at Pageboy Salon.

COVID-19 hit the American creative economy particularly hard. According to the Brookings Institute, the fine arts economy was the hardest hit of all creative markets. Half of all fine arts jobs and over a quarter of sales were lost due to pandemic shutdowns.

Seeing the lack of support for local artists, fourth-year University of Georgia graphic design student Mae Renaldo decided to host a pop-up market on the front porch of her small South Poplar Street home. Renaldo, who planned to sell vintage clothes and prints, posted a flyer for the event, set for Saturday, Nov. 14, 2020, on her Instagram, with a reminder that masks were required.

Joy Tassoni, a fourth-year cognitive science major at UGA, was one of the five or so vendors selling at this first porch pop-up. A self-described “lowbrow creature” artist, Tassoni described the environment of the market as unique.

“All the different artists I’ve seen at the pop-ups just have very like, unique and cool art styles,” they said. “It’s not like a pop-up that I feel like you’ll see sometimes where it’s like people selling, like, home decor type art.”

As the event wrapped up that evening, Tassoni said they felt as though the pop-up had been successful, both in sales and in creating a community that had been missing since the start of the pandemic.

“I remember the first few in…November, like leaving with a sense of like, wow, there’s a community here still, and it was really nice to like, be able to physically see that community and share with that community,” Tassoni said.

Art for a Cause

While Renaldo hosted five more porch sales between November 2020 and July 2021, another pop-up was brewing in the Athens art scene.

Techno Speakeasy Athens (TSA) kicked off at 6 p.m. on Aug. 7 2021 with an art market, followed by a concert featuring local DJs at 8 p.m. Organized by four University of Georgia students and hosted by Boulevard-area café, Buvez, audience members paid a $5 cover fee or a physical donation to assist the Athens homeless population. In addition to the 11 vendors selling art, several activist groups like Athens Alliance Coalition and Georgia Climate Change Coalition set up tables at the event as well.

One of the four organizers, Farida Igbadume, a third-year UGA psychology student, said the event exceeded expectations, raising about $350 and a large bin of nonperishable food, sanitary products and toiletries.

“It’s very important to give back to communities that you’re living in,” Igbadume said. “Pop-ups are a really good way to do that because you’re meeting members of the community directly, and you’re able to support them in a very direct way.”

Cat Woodhead, an oil painter who moved from Atlanta to Athens in March 2021 was one of the vendors who sold at Techno Speakeasy Athens.

As an artist who had sold at several different markets since her move, Woodhead said the environment of TSA was her favorite so far.

Techno Speakeasy Athens was Jessie Lamay’s first pop-up. Although she had lived in Athens for more than six years, hefty seller fees, fears of not fitting in and, later, COVID-19 shutdowns, kept her away from other art markets. When Igbadume reached out with an invitation to vend at TSA for free, Lamay said she felt welcomed into the community.

“This is my first time feeling truly comfortable, like, setting up in Athens as a vendor,” she said. “There’s just something different about them. I don’t know if it’s like a sense of community, or there’s just, there’s absolutely no gatekeeping to it.”

Pop-up markets aim to create an inclusive community for all.

Igbdaume cites the lack of spaces for queer people and people of color as the inspiration for TSA. Similarly, Lamay described feeling included as a plus-size person.

“People are very cautious to like, have something for everyone— not just like in a fat people go to the accessory section type of way,” she said. “There’s something there for everyone.”

Lamay also pointed out that while many artists don’t have the resources to sell at markets, the pop-up community has stepped up to help these creators. Some might not have the money for supplies. Others might not have access to a car to get to the venue or a table to set up their art on. To fulfill these needs, organizers created group chats filled with artists and vendors who could help each other.

“They created these group chats…to give people the supplies they need– who has a table, who has a car, who has a ride,” Lamay said, “I think they want everyone to succeed at the markets.”

Although many Athens art and music spaces have fully or partially reopened this year, Renaldo, Igbadume and other pop-up organizers continue to plan events. Open to anyone and everyone, Renaldo held her most recent pop-up on Sept. 18, 2020 in the yard of her new home off of Boulevard, with Tassoni, Woodhead and Lamay all selling.

With the Georgia Department of Public Health reporting state and county-wide increases in vaccination rates, masks are no longer required at outdoor pop-ups, leaving the choice up to the individual sellers and customers.

With fall approaching, Igbadume said that she and her fellow organizers are planning a Halloween show and market, with artists from the recently-canceled AthFest.

“Any way we can help as a community to help bring people together or provide resources for other people to be able to just live and enjoy life— I think that’s really important,” she said.

Lamay said that while she’s hesitant to be excited about something the pandemic caused, she is grateful for the pop-ups and wants to continue selling face to face with the community for as long as she can.

“Really, if you take the first step, I think there’s some great people in the Athens community,” Lamay said. “This is what I want to do forever.”

A poster for Mae Renaldo’s pop-up hangs on a telephone pole on Boulevard Avenue in Athens, Ga, on the morning of Sept. 18, 2021. (Photo/Autumn Sanford)

A poster for Mae Renaldo’s pop-up hangs on a telephone pole on Boulevard Avenue in Athens, Ga, on the morning of Sept. 18, 2021. (Photo/Autumn Sanford)
NEXT STORY

A poster for Mae Renaldo’s pop-up hangs on a telephone pole on Boulevard Avenue in Athens, Ga, on the morning of Sept. 18, 2021. (Photo/Autumn Sanford)

A poster for Mae Renaldo’s pop-up hangs on a telephone pole on Boulevard Avenue in Athens, Ga, on the morning of Sept. 18, 2021. (Photo/Autumn Sanford)
PREV STORY

Like every great love story, it began with a girl. Seven years ago Jim ... 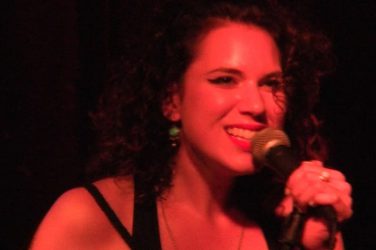 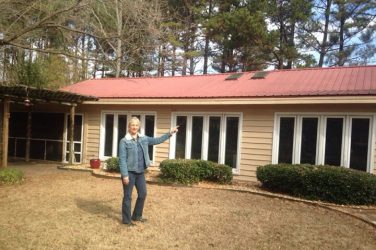