COVID-19 has forced Mimi Maumus, the owner of Home.made in Athens, to commit what her friend refers to as a “mercy killing.”

Maumus has had to lay off 21 employees in order to keep her restaurant alive during the pandemic, or at least what is left of it being that Home.made has now adapted to the pandemic by transforming into curbside pickup.

Peter Dale, the owner of the popular Athens restaurant the National, recommended to Maumus that it would be better to let her employees go now rather than keeping them from the inevitable unemployment check. “He said let them go, let them get registered for unemployment instead of just limping along,” Maumus recalls.

Local Athens restaurants like Home.made are not only navigating what to do with their workforce but their supply and demand as well during the coronavirus pandemic. Restaurant owners like Mimi are finding themselves handling more responsibilities than ever before. Likewise, the newly unemployed are learning how to navigate life in quarantine without a job.

Garrett McFalda was recently let go from the Clarke Standard due to the pandemic.

“It’s like hearing an avalanche is coming a long way off. Because for a long time we knew something bad was going to happen, we didn’t know when it was going to be here,” he said.

According to McFalda the virus came at one of the worst times for Athens restaurants.

Getting supplies has been challenging, Maumus said.

“Some things have been a little tricks,” she said. “We’re just making sure that we stay ahead of stuff. We use are dried cranberries on a lot of things, and we’ve had some trouble getting that.”

“I think probably three or four of the restaurants that have closed because of COVID don’t get to open back up if they’re independent local restaurants,” he said.

And that’s not all.

“We lost a local business leader here in town last week to suicide. Marty Schimmel of Marty’s at Midday and passed away due to suicide from having to close her doors. I think that has to be… that is a COVID death. That is what happens when you have to shut your whole restaurant down, that’s your whole economic future. I think there’s a lot of smaller businesses that aren’t coming back and we have to be expecting that.”

McFalda hopes that the current state of quarantine and level of the virus will last for six more weeks. Maumus believes the pandemic crisis as a whole will last far longer.

Chelsey Perry is a junior majoring in journalism in the Grady College of Journalism and Mass Communication at the University of Georgia.

We’re Home: An Essential Worker, An Elderly Woman, A Child and COVID-19 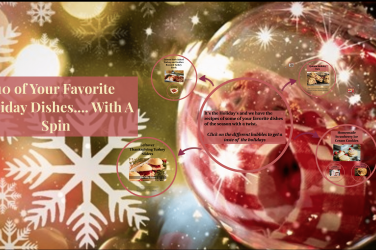 Your Favorite Holiday Dishes…. With a Twist

Check out the full list here. By: Brandi Patterson 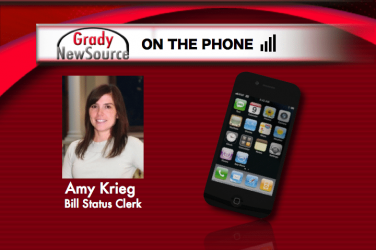