The National Association of Drug Use and Health estimates that more than 19 million Americans suffer from a substance use disorder or drug addiction. Many of these people have been to jail or are currently incarcerated.

There are organizations in Athens that help treat people struggling with substance abuse. The Acceptance Recovery Center (ARC), which opened in 2016, is an intensive recovery residence for individuals with substance abuse issues. ARC currently works with men, but is opening a women’s center later this year.

Kristina McFadden is the assistant program director for the Athens Recovery Center. She believes that centers such as ARC can help reduce recidivism by teaching offenders accountability and other important lessons.

“We’ve kind of created our own niche in that we are long term, meaning it’s a minimum of 12 months to complete the program, but we also offer a lot of evidence based group therapies,” McFadden said.

One of these therapies is called include moral reconation therapy or MRT. It’s a cognitive-behavioral therapy that aims to reduce recidivism among juvenile and adult offenders by growing moral reasoning, confronting beliefs and behaviors and reinforcing positive behavior. According to the International Journal of Offender Therapy, MRT has a “small, but important effect on recidivism.”

“We also have lots of layers of accountability in that we do multiple checks with the residents throughout the day. There’s all kinds of guidelines about when they can leave, who they can leave with. They’re required to get a job. We also have a family component where we are working with the families on an individual basis to help the family recovered from their loved one’ s cycle of addiction,” McFadden said.

The recovery center has different courses that are meant to help the residents. For example, there is a financial planning course where residents learn more about how to spend and save money wisely.

From Program Graduate to Teacher

David McGee currently teaches the financial planning course, which may seem ironic, considering at one point he owed ARC more money than any other program participant ever. He is also an alumni of the Acceptance Recovery Center.

“To be perfectly honest with you, I wasn’t ready for recovery when I first got there. I was mandated by a judge, so I spent the whole first year of the program fighting it. I didn’t want to be there,” McGee said.

After months of constant conflict with staff, he was threatened with being discharged from the facility. After this, McGee got more serious about completing the program. He credits the staff with helping him move forward.

“ARC focuses on the individual, case by case situations. The level of care is different. Some people don’t need as much care as others, the individualized treatment and camaraderie is very different,” McGee said.

McGee’s experiences as someone who has had substance abuse issues and as a graduate of the program sets him apart from other staff.

“I can really connect with them a lot better than the other staff can. If they’re having a hard time, I’ll sit down with them and I’ll talk to them. I can show them that there is a light at the end of the tunnel. They listen to me more. I have real experience with the struggles that come with the program, and the fact that I graduated and still keep coming back, says a lot to them,” McGee said.

Changing the Narrative of Addiction

“For many years, the response to someone with an addiction is to lock them up. For a long time, people weren’t really looking at why individuals were using drugs. While addiction is a choice in the beginning, after prolonged substance use, science has shown, that it literally changes your brain chemistry. It’s a disease,” McFadden said.

McFadden believes that changing views about addiction have played a part in more programs being established to help addicts.

“Now that addiction is looked at as a disease, these programs are being put in place to target why these things are happening, helping to educate these individuals on what’s happened to their brain and bodies over time, so that they can understand why they are doing the these they are doing. When you get to the root of the problem, then people can really start to change their behaviors. I think that’s why these programs are helping to reduce recidivism. They’re helping people understand rather than locking them up,” McFadden said.

Of the 293 people who have enrolled at ARC, 29 people have completed the full time program. McFadden said that the first year at the ARC was difficult partially because of its location in an apartment complex known for drug use and drug deals.

“In the first year, we don’t really have data because there were still people living here that were in active addiction or in that lifestyle of selling drugs and things like that. So it took that first year to really work with the landlord and law enforcement for those who didn’t want to choose a different way of life. As people leased out, we would take that unit, flip it and add it to the program,” McFadden said.

Now, ARC has access to the entire complex and has a capacity of 62.

“Success for us is not necessarily defined as whether or not somebody completes the program because there are people who have come through here and were able to get enough of what they needed without completing the program,” McFadden said.

Courtney Thompson is a senior journalism student at the Grady College of Journalism and Mass Communication.

The Viktualienmarkt, the Place to Be on a Sunny Day in Munich 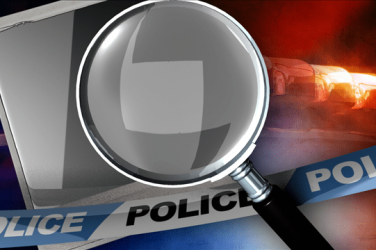 UPDATE: Runaway Teen Has Been Found

14-year-old Riciyah Brookins has been found. She was last seen near Atlanta Hwy and ... 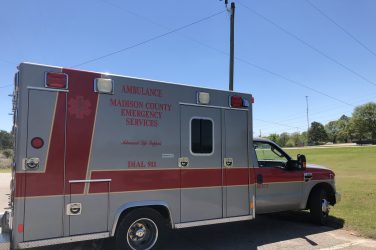 A nationwide shortage of Emergency Medical Service personnel has swept the nation, including counties ... 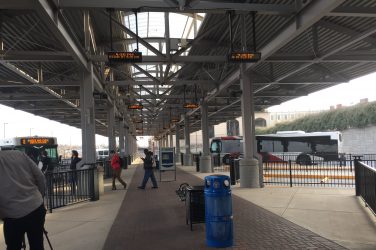 Athens, Ga.– There is a budget request for a Sunday bus service in Athens-Clarke ...