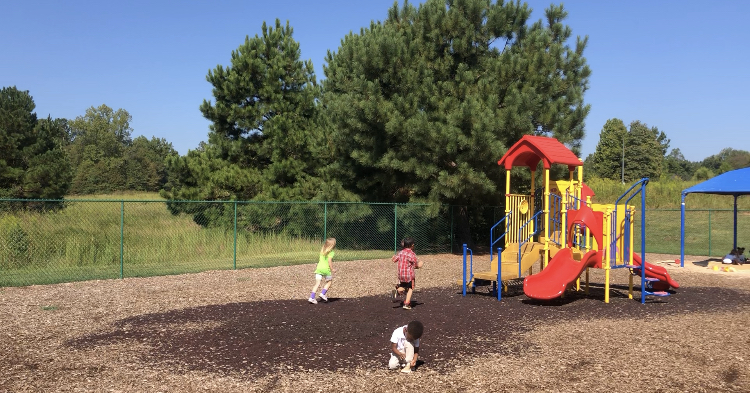 Easterseals, a non-profit organization that helps children and adults living with autism and other disabilities, opened an early learning center in Madison County last month.

Easterseals functions under the national Head Start program, which provides education, health and parental involvement services to low-income children and families. While Head Start has been functioning in the county for years, new center manager Mechelle Bond said many parents are still not aware of the program and what it does.

To help clarify what Head Start is, we’ve compiled a breakdown of the program, how to apply and what impact it makes on its students and their families.

What Is Head Start?

Head Start is a free, non-profit organization that provides early learning and social skills to children from low-income households and children with learning disabilities. Bond, who began her role in July, said there is a frequent misunderstanding of what the program does.

“It’s completely free, so we’re not childcare. A lot of people get that confused. We’re not daycare,” Bond said. The center is separated into two sections, early Head Start, which serves 1- to 3-year-olds and Head Start, which takes in 3- to 5-year-olds in a Pre-K setting. There are other differences between Head Start and basic daycare services.

“We always have two teachers in the classroom at one time, so there’s a lot of one-on-one learning with the teachers. We also have a curriculum, we don’t just go and let the kids do whatever. That also separates us from daycare,” Bond said.

Bond said the center tries to make the drop-off process as seamless as possible for parents. “Diapers are free, wipes are free. All they have to bring is a change of clothes and a blanket for nap time. That’s it.”

According to the United States Census Bureau, 15.9 percent of the Madison County population is living in poverty—that’s nearly 5,000 people. Head Start works with the county to bring in children who are homeless and need a safe and enriching place to be during the day.

Bond, who is a Madison County native, hopes she can bring a lifetime of county knowledge to her role as center manager. While the program currently has full classrooms, Bond said there’s still a gap in the community when it comes to residents knowing about the program.


The center publicizes its services on Facebook and in schools, but Bond said it’s not enough. “We probably need to be out more in our community. It hasn’t happened in the past but it’s gonna happen now.”

Children ages 1 to 5 from families with incomes below the poverty guidelines are eligible for program enrollment. Bond said parents interested in enrolling their child in Head Start simply need to follow a three-step process.

Applicants must submit documents like proof of residency and immunization records to the office, wait for the office to review submitted files, and if the application is approved, they will be asked to come to the office to fill out an enrollment packet.

Wellsley Kesel is a senior majoring in journalism in the Grady College of Journalism and Mass Communications with a minor in sociology.

“I just couldn’t really fathom it at first. I couldn’t imagine it was happening, ...

In the Age of Screens: What Adulthood Feels Like as a Millennial Immersed in Social Media

Adulthood feels like the sticky fire of skinned knees and having a million words ...

By Kaleigh Galvin   The Indian Cultural Exchange at UGA celebrated this major Hindu ...