Taylor Lamm, Oconee County Brewing Company’s co-owner and master brewer, says that he has already felt the effects of the tariff.

He placed an order for more tap handles just last week. The producer called him and warned him the agreed price was set for now, but could change for later orders.

We’re a small business. I mean were almost a year and a half old so, I mean, obviously operating under a tight budget, and so any price increase across the board could have a big impact on the business as a whole,” Lamm said.

For Lamm, the impact of any price increases could have a long term effect.

“As we continue to grow, that will include an expansion of our brewing equipment, so that could have an impact dow the road for us,” Lamm said.

In Five Points, Hub Bicycle shop owner Brian Molloy says almost every part of his inventory could be impacted.

“I know they are talking about Chinese steal, Chinese rubber, nuts and bolts and things like that. You know, a bike’s made out of aluminum, steel… a lot of little parts,” Molloy said.

One detail Molloy stresses, biking products like helmets will not be subjected to the tariffs, due to their status as a “safety” object.

Outside of safety issues, Molloy says those price increases would be passed directly to the biking community. 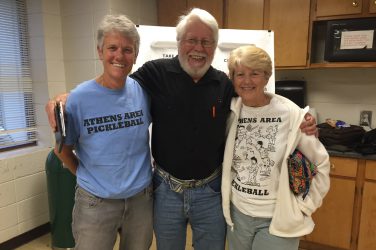 One local sports organization expressed it was disappointed about the current renovation plan for Bishop ...

ATLANTA — A bill that would play a key role in the fight against ...