The Georgia Department of Corrections reports that 30 percent of Georgians with criminal backgrounds get reconvicted within three years of their release from prison.

Why It’s Newsworthy: This issue is known as recidivism, and it is an issue statewide and nationwide. Not only is this issue costly to taxpayers, it also affects families and industries.

The GDC published a press release in June 2018 that notes that recidivism rates are decreasing among offenders who complete programs aimed at helping prevent offenders from reoffending. These programs include reentry initiatives dedicated to helping offenders complete their GEDs and vocational certification.

There are local programs that strive to reduce recidivism. The Athens Anti-Discrimination Movement is tackling recidivism and mass incarceration through its new initiative called Books and Bailout, which began in December 2018. The “bailout” portion aims to bail out non-violent inmates while advocating for a “no-cash” bail system. The “books” portion program aims to donate books to prisoners with the hope that becoming more well-read will help them become more productive members of society upon their release, instead of reoffending.

“During the first book drive, I wanted to be there. I drove around and a lot of people came out. It was fun and we ended up with close to 1000 books, maybe more.” says Jodi Barnes, a board member for the Athens Anti-Discrimination Movement.

Barnes, who has a doctorate in human resources and strategy, is also an educator. She believes that reading and becoming better educated can transform prisoners’ lives.

“Being able to read books can make a big difference for people who are incarcerated. It’s a chance for enlightenment,” says Barnes.

Although Barnes is hopeful that Books and Bailout will help those who are incarcerated, she also thinks that the state could try harder to reduce recidivism rates.

“There are not nearly enough programs in place to reduce recidivism. We could be doing so much more to help people when they get out of prison, which would strengthen our community,” says Barnes.

Gov. Deal’s administration made different efforts to tackle recidivism. One of note was the Georgia Prison Re-entry Initiative, which was approved in 2013. It was a five-year plan that sought to reduce the state’s recidivism rate by 11 percent by strengthening reentry services. The initiative projected saving taxpayers more than $264 million by reducing the prison population by more than 5,000 beds. The program ended in 2018, and not many results have been published about the outcome yet. Michelle Stanley, DCS Deputy Director of Reentry Services, stated in a press release that the initiative was “successful.”

Athens Superior Court Judge Eric Norris deals with recidivism from his seat at the courthouse where he presides over criminal and civil cases.

“We could say there’s a lot of factors as to why recidivism happens. We could say it’s because of education. We could say it’s a lack of opportunity for employment because offenders have a criminal sentence. Sometimes, it’s choices and people making the poor choice to do something that they shouldn’t,” Norris says.

Judge Norris also presides over treatment and accountability courts in Athens. These courts function as an alternative to jail time for nonviolent offenders.

“The mission of these courts is to divert people from going to jail and to address their underlying needs that are defining their decision making. It’s also to affect recidivism rates. The studies have shown that the accountability court system has been successful because it has reduced recidivism rates,” Norris says.

According to the Council of Accountability Court Judges of Georgia or CACJ, treatment courts are most effective in reducing recidivism rates among nonviolent offenders who suffer from addiction. At a national level, 75 percent of people who complete treatment court programs are not re-arrested. The CACJ reports that program graduates of accountability courts save $11.6 million by avoiding recidivism costs.

People who are in and out of prison can create instability in their family life. Upon release from prison, individuals may find it harder to find gainful employment, which can lead to poverty,

“Recidivism has multi-generational effects. If a person has been convicted and violated through the system many times, typically that means either wives, significant others or children are without a parent for a period of time. That goes hand in hand with the issue of economic stability and economic stability is related to a person’s ability to get a job. And then there’s also the societal consideration of an employer deciding whether or not to hire someone with a felony,” Norris says.

“It affects communities. It affects families, businesses, housing. It’s a pretty deep thread that runs through any community, quite honestly,” Norris says.

Courtney Thompson is a senior majoring in journalism in the Grady College of Journalism and Mass Communication at the University of Georgia. 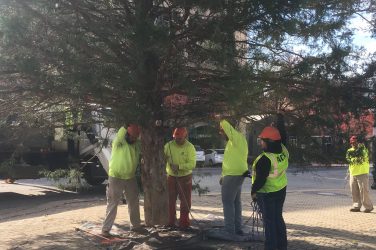 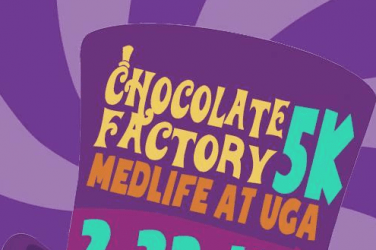 Willy Wonka And The MEDLIFE 5K

http://youtu.be/XmW3RsR1gKM Athens- The UGA chapter of MEDLIFE is holding a Willy Wonka and the ... 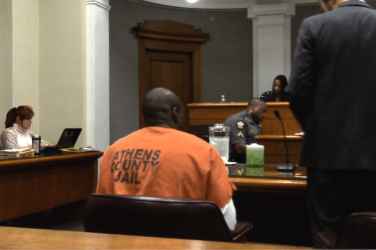 Three important cases were supposed to move forward this morning in the Athens Clarke County Superior ...