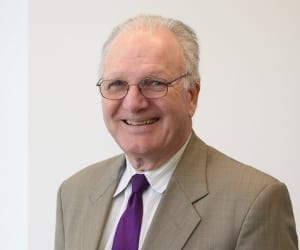 Grady Newsource professor David Hazinski retires this semester after 31 years at the Grady College of Journalism and Mass Communication. Hazinski built Grady Newsource — formerly called University News and Newsource 15–from the ground up starting in 1987, so we wanted to thank him by telling his story.

David Hazinski grew up in a Polish coal-mining town called Nanticoke, Pennsylvania. At 20 years old, he enlisted in the U.S. Navy during the Vietnam War. During the 14 months he spent in Vietnam, he worked as a radioman in service, and he says that his experience in the war brought him towards the journalism profession.

“I was very conservative until I fought in the war, and then my body of knowledge collapsed when I was faced with the reality of what a lot of conservative, right-wing philosophy was,” Hazinski says. “And I basically picked a profession where I didn’t have to decide who the good guys and bad guys were, because I couldn’t tell them apart anymore.”

After receiving news that his father had been killed, Hazinski came back from Vietnam to live with his mother and go to a local community college for a year. He then transferred to Duquesne University in Pittsburgh, Pennsylvania, where he majored in journalism.

During his time at Duquesne, he decided that he wanted to become a network correspondent. That decision, he says, was step one.

“Step two was deciding what [being a network correspondent] would cost,” he says. “And that was probably not having kids, learning a couple of languages, getting a couple of degrees, and then it still might not work. But if I didn’t do that, then it absolutely wouldn’t work.”

Hazinski had many jobs while he was in school at Duquesne, but his job as a “cable TV guy” led him to a particularly special person in his life. While installing cable for a family, he noticed a picture of a pretty girl sitting on top of the TV.

“I said, ‘Hey lady, you’ve got a pretty good-looking daughter,’ and she said, ‘She’ll be home soon, do you want to meet her?’ I said, ‘Sure.’ And then we got married.”

From 1973-76, he worked as a reporter and anchor for WSOC-TV in Charlotte, NC, while also freelancing for organizations like NBC News. He then moved back to Pennsylvania to work for WPXI-TV in Pittsburgh as a correspondent. Throughout his time in Pittsburgh, he also produced, wrote, and narrated mini-documentaries for Cox Broadcasting and the NIWS News Service on events such as the fall of the Iron Curtain and the installation of Pope John Paul II.

In 1981, his dream to become a large network correspondent came true when he was hired by NBC News. During his six years with NBC, he lived in New York City, London, Washington D.C., and Atlanta.

“If you’re a network correspondent, you go to work on Monday, and you come home in May. You go on a two-day trip, and it’s a 38-day trip,” Hazinski says.

In 1987, he moved to Athens, GA to work as an associate professor at the University of Georgia. During the first three years of his time at UGA, he commuted to Washington, D.C. every other week to co-anchor World Business Review.

At UGA, Hazinski created University News, which would eventually become Newsource 15 and later, Grady Newsource. He pulled a lot of money out of his own pocket to develop the University News studio, saying, “My theory has been that people don’t fund ideas. They need to see something.”

You can watch one of the first episodes of University News from April 15th, 1988 below.

In 1998, Hazinski teamed up with a former student to create Intelligent Media Consultants, a company that helps develop workflow, training, and software for international TV news industries.

Since then, he has launched 12 news networks across the world and is working on the 13th now.

Hazinski has received the Josiah Meigs Distinguished Teaching Professorship, the university’s highest teaching award, and is a Senior Teaching Fellow and member of the Teaching Academy. He is also the Journalism department’s Teacher of the Year, and was recently listed by NewsPro magazine as one of the top 10 most influential journalism professors in the country.

As for what he plans to do when he retires, he says, “I’m going to try to clean up journalism.”

From all of us at Grady Newsource, thank you, Hazinski!

Grady Explains: What Can Be Taxed? 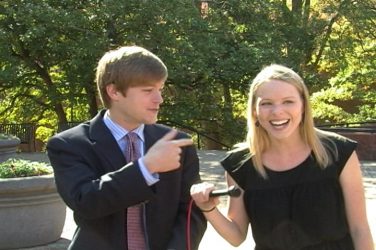 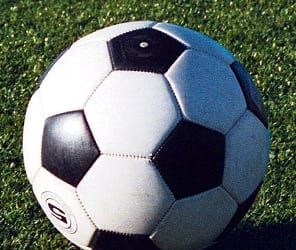 Athens Academy Women’s Soccer Preps for Away Game in Augusta

AUGUSTA - The Athens Academy women's soccer team is having their undefeated season tested ... 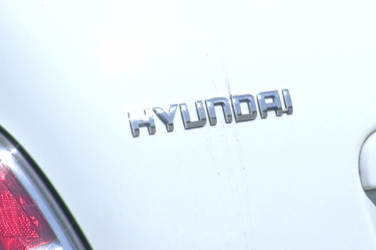