The LGBTQ Victory Fund, founded in 1991, is the only national organization dedicated to electing openly LGBTQ people to all levels of government in an effort to “achieve and sustain equality.” The Victory Fund provides campaign, communications and fundraising support to LGBTQ candidates nationwide, while its sister organization, the LGBTQ Victory Institute, provides training to create a pipeline for LGBTQ people to achieve candidacy.

I’m very hopeful that with more LGBTQ people being elected, they’re showing other people in the community that voters want their perspectives and voters crave the opportunity to elevate those voices to whatever office it might be,” said Austin Clark, an intern at the Victory Fund and a University of Georgia student.

Clark, a gay man, grew up in McDonough, Georgia, and attended Christian schools for 10 years. It “built a lot of character,” and hearing his peers’ discussions around Trump’s presidential win in 2016 propelled him towards an interest in politics. Later on, it was the mobilization of young people, such as survivors of the 2018 shooting at Marjory Stoneman Douglas High School, that gave him further motivation.

But seeing people like him in office also means a lot to him. Clark had a poignant meeting over the summer with Representative Matthew Wilson, a gay man and state legislator currently running for Insurance Commissioner in Georgia, who is endorsed by the Victory Fund.

If elected, Wilson will be the first out LGBTQ+ person to serve a statewide office in the South.

Why it’s Newsworthy: Representation has been vital to our government since the inception of the United States, from “no taxation without representation” to Lincoln’s assertion of a “government of the people, by the people, for the people” in his Gettysburg Address. With almost 1,000 LGBTQ people in office across the country, that number would need to rise to about 30,000 for the community to be proportionately represented.

LGBTQ people make up over 5% of the U.S. population according to a February 2021 Gallup poll, but their representation in government would suggest otherwise. Across the nation, less than a quarter of a percent of government officials are a member of the LGBTQ community.

The LGBTQ Victory Fund is working to change that.

For LGBTQ people aspiring to run for office, the Victory Fund has a few requirements for  endorsement:

All endorsed candidates are profiled on the Victory Fund’s website, promoted on its online platforms, and can use the organization’s endorsement seal. Additional benefits are offered to Spotlight candidates, those who can make history at the state and local levels in states with less equality or representation; or Game Changer candidates, who would be “historic firsts” at the state or federal level.

Parker was elected in a 2018 special election, running for the position after Commissioner Harry Sims ran for mayor. Their platform included fare-free public transit, “living wages,” affordable housing, criminal justice reform, and fighting discrimination. And while Parker has an ambitious platform, their ultimate goal as commissioner has little to do with it.

Their own identities, from being Black and Indigenous, to being queer, and even to being a new parent, have helped shape the policies for which they advocate.

Those identities enable me to connect with folks in those communities, very much informing a lens for public policymaking that is honed in on how public policy impacts different constituencies,” Parker said.

Parker’s perspective based on their own identities is why many organizations like the LGBTQ Victory fund believe “representation is power.”

Houle was elected in 2020, also as a result of a special election. They had originally lost to incumbent commissioner Jerry NeSmith, but when NeSmith died later that year, another election was held to fill his seat, and Houle ran once again and won. They ran on a platform very similar to Parker’s, including economic and racial justice and a “green new deal” that included fare free public transit.

In many ways, Houle’s handling of gender and handling of the government are oddly similar. Both are complex issues that they grapple with in much the same manners.

Houle went on to add that they also question the government much in the same way they question gender.

“I’m really into questions, and in a lot of ways I kind of view plenty of personal experiences, including those around gender and sexuality more or less like a question or like an experiment…and I think that’s also the best way to approach this work in the government,” Houle said.

Questioning my own identity and my own sexuality and my own gender stuff really opened a lot of doors for me. I hope that questioning, continuing to have that curious interrogative approach to my role in government, will do the same for the community.”

Houle’s relationship between their identity as a LGBTQ person and a government official has a greater emphasis in general methodology than their actual platform, such as Parker’s perspective, but nonetheless exemplifies the way that LGBTQ people can bring unique approaches into office.

Why Should LGBTQ People Run for Office?

When asked, “why do you think it’s important for LGBTQ people to run for office?” both commissioners had strikingly different answers, but both ultimately described the way LGBTQ people can transform the offices they take part in. 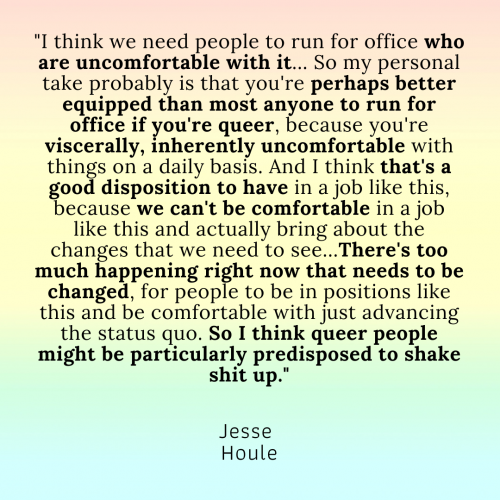 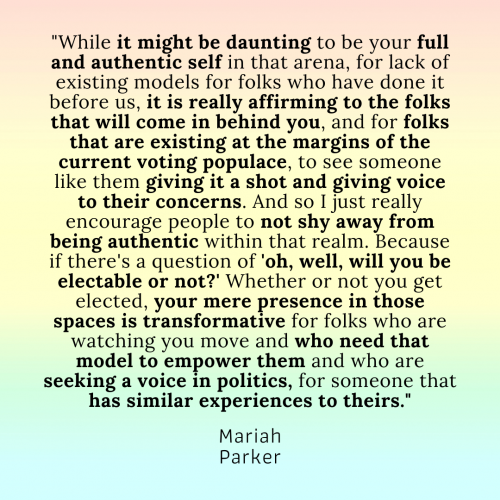 From Austin Clark’s perspective, he believes that LGBTQ people’s personal perspectives in office can benefit everyone, regardless of their identity. However, Clark and the Victory Fund also believe that LGBTQ people serving in office isn’t necessarily new. The Victory Fund deliberately uses the phrasing “the first out candidate” because of the way the community was historically ostracized that may have led people to remain closeted.

“I’m very confident that there have been LGBTQ people in politics for a very, very, very long time. They just might not have been out,” Clark said. “And those people, I think now are able to see the visibility that out LGBTQ people and the success they’re having and hopefully, you know, they’re able to gain that confidence.”

Vesper Henry is a senior journalism major with a minor in political science.

Back On The Scene: How Athens’ Young Musicians Are Recovering From Pandemic 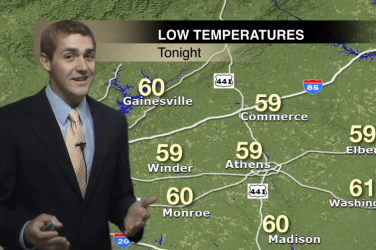 There are several things in the web design which make it stand out of ... 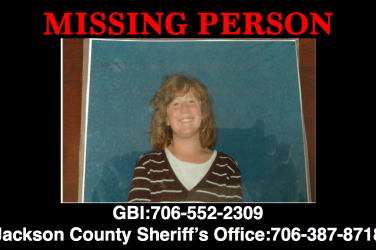