Five months ago, high school sports in the fall seemed like an impossible reality. Athens-area teams, though, found a way to brave through regulations, uncertain schedules and a world of competition never experienced before.

“We’re just so thankful to be out here and also thankful to still be healthy,” North Oconee High School softball head coach Billy Dooley said during the season.

This is the narrative for many teams amid the coronavirus pandemic. But some, including Dooley’s Titans, also used this time to create more of a winning culture.

“We were all away from each other so much from the pandemic and everything, having school cut short; we are all happy to be back together and kind of use it as motivation,” said Athens Christian School linebacker Asa Callow, whose team started the season exceptionally strong, winning its first three games in dominating fashion.

The North Oconee Titans found a way to do the unthinkable, going from a 3-22 record last year to finishing as one of the final eight teams in the state.

The Titans navigated a protocol-filled summer program that included a maximum of 20 players per practice session.

Once the 20 players were set, they could not leave their assigned group. Softballs were sanitized before and after every practice, and players and coaches had daily temperature checks. In addition to following those procedures, the Titans had to adapt to the methods of their first-year coach.

They bought in, and we did things a little bit differently,” Dooley said. “We had a really good summer, really good turnout all the time.”

The complementary blend of old and young players began to mesh as a team. This provided a good balance to go deep in the playoffs.

“I think getting a new pitcher (Maddie Johnson) this year put us on top of other teams,” said Carsyn Bassett, starting third baseman and second-team All-Region selection for the Titans.

The right-handed Johnson utilized her velocity, which topped out in the mid-60s. This cemented her status as one of the top freshman pitchers in terms of speed in Georgia and granted her first-team All-Region honors. During the season, she boasted a team-best 2.13 ERA.

Down the road from North Oconee, the Athens Christian Eagles football team also used early summer workouts, with access to the school’s facilities and the practice fields, to build strength. This especially benefited the Eagles after the season was delayed two weeks by the Georgia High School Association.

Their ability to “get in shape,” from head coach Chris Williams’ perspective, had a large impact on the beginning of the season. The Eagles allowed seven points or fewer against their first three opponents. A new team-oriented mindset took hold early.

“I feel like we are a lot closer this year,” Callow said. “We have a lot more chemistry that I feel like started in the summer.”

The Eagles practiced “ETA” — an acronym for “effort, energy, toughness, togetherness, attitude and accountability” — created this season to help the athletes understand the importance of those themes.

Many teams were unable to manufacture success due to the tough restrictions that the COVID-19 pandemic created.

Because of quarantines, first-year head coach William Lance and the Gladiators were nearly unable to field a full team multiple times, leading to an array of problems. Lance said he found it difficult to traverse each day, with the constant uncertainty the quarantines presented.

So what you’ve been preaching or what they’ve been working on and what they’ve succeeded at, is kind of you start from scratch every time this happens,” Lance said.

For many games, Lance had to fill varsity roster spots with JV athletes. From disorganized practices to scheduling conflicts, the Gladiators’ season unraveled quickly.

“We can control only what we can control,” said Lance, who maintains a positive outlook for next season. “It’s unfortunate, but that’s also a part of life, that every day is not going to be the easiest day. So we have to roll through.”

That proved easier this fall for some teams than for others. 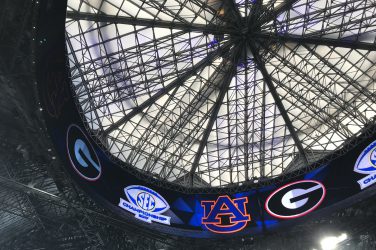 No. 6 Georgia Runs Away with 2017 SEC Championship

In their second meeting in three weeks, No. 6 Georgia (12-1) exacted revenge against ... 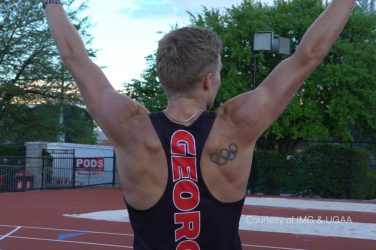 1. The UGA men’s tennis team clinched the number one seed in next week’s ... 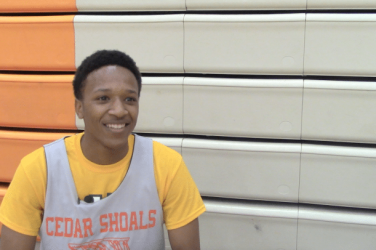