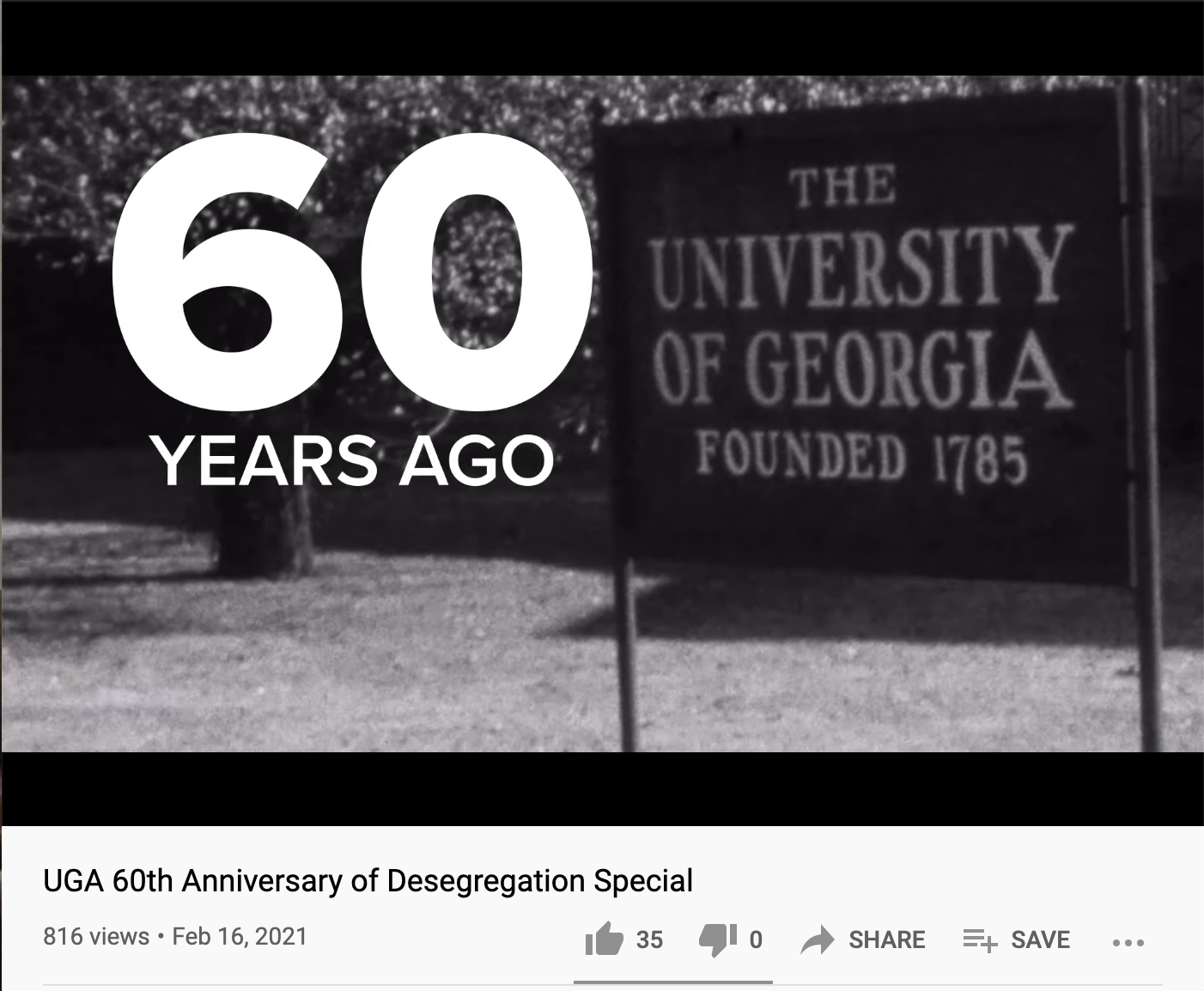 The 60th anniversary of the University of Georgia’s desegregation is occurring during a time that some — like UGA senior Molly English — describe as “eye opening.” Now, students are calling for more of the issues on UGA’s campus to be addressed.

During the summer of 2020, Black Lives Matter protests surrounding the death of Black people in police custody led to many conversations on various platforms about what next steps would be to bring awareness to social justice.

In the fall semester of 2020, a small group of students at the Grady College of Journalism and Mass Communication decided their next steps were to be a part of a project that would recount the historic moments from UGA’s desegregation and current culture of the school.

Why It’s Newsworthy: The University of Georgia is marking its 60th anniversary of desegregation during a time where an emphasis on social justice issues within the Black community are being emphasized on its campus and globally.

“It was truly a privilege and a gift to work on this project, and it’s something that I will hold dearly to my heart for a really long time,” Kelsey Coffey, host and producer for the documentary, said. “I knew that when this documentary was going to premiere, it was going to be big because of what’s currently happening right now in our society.”

The desegregation of UGA focuses on the achievements of Charlayne Hunter-Gault and Hamilton Holmes as the first African-American students to attend the University of Georgia on Jan. 9, 1961, after a previous lawsuit was filed against the university for failing to integrate.

The initial steps of these students being admitted to UGA led to the attendance of Mary Fances Early, who became the first African-American graduate of the University.

The Grady College of Journalism and Mass Communication’s Standing Committee on Diversity premiered the documentary “The 60th Anniversary of the Desegregation of the University of Georgia” on Feb. 1. The film was an hour long and produced by 10 Grady College journalism students. There was limited in-person attendance and pre-registration was required.

Coffey said she knew this documentary would be “a reflection of what we [Black people] are experiencing now.”

I want to take people on this journey of Charlayne Hunter and Hamilton Holmes coming to the University of Georgia from Turner High School being top-tier students, because they were just kids,” Coffey said. “I saw so many similarities in what we’re facing now in rhetoric and tone. It was unbelievably believable.”

Molly English, a senior majoring in journalism and political science and a producer for the documentary, said her role was finding rarely-seen footage of the desegregation day.

“They [WSB archive] had footage from news crews who had gone to campus in the wake of the desegregation and interviewed students about how they felt about it,” said English. “There was this one guy, and he said “I’ll be a segregationist ‘till I die. Segregation now and forever.” It was so shocking to see that. He was standing on North Campus, a place where we all go and see people from different backgrounds. Seeing that on campus opened my eyes.”

The film included interviews with Hunter-Gault recounting her undergraduate experience and coming back to the university, footage during the integration with interviews from white students at the time, and messages from prominent Black people in the UGA community now.

At the end of the film, the subjects discussed the need for “more work to be done” to have a greater amount of diversity, inclusion, equity and acceptance at UGA.

“One of the most glaring pieces evidence of how more work needs to be done is the number Black students and other students of color at the University of Georgia,” Coffey said. “ I think that a huge component of that is people really understanding how much representation matters and how important it is, even if you’re not a person of color, to invest into being an ally.”

The UGA chapter of the National Association of Black Journalists hosted a second viewing of the documentary followed by a panel with Black graduates from Grady College on Feb. 16. This event was offered virtually through Zoom and in-person.

Followed by the viewing of the documentary, a panel of Black alumni from Grady College was hosted.

The documentary was released on Grady College’s YouTube Channel on Feb. 16.

UGA began its celebration for the anniversary on Feb. 4. The kick-off event was a discussion between Hunter-Gault and Calvin Trillin about his book “An Education in Georgia: Charlayne Hunter, Hamilton Holmes, and the Integration of the University of Georgia.” This event was open to UGA students and the general public. 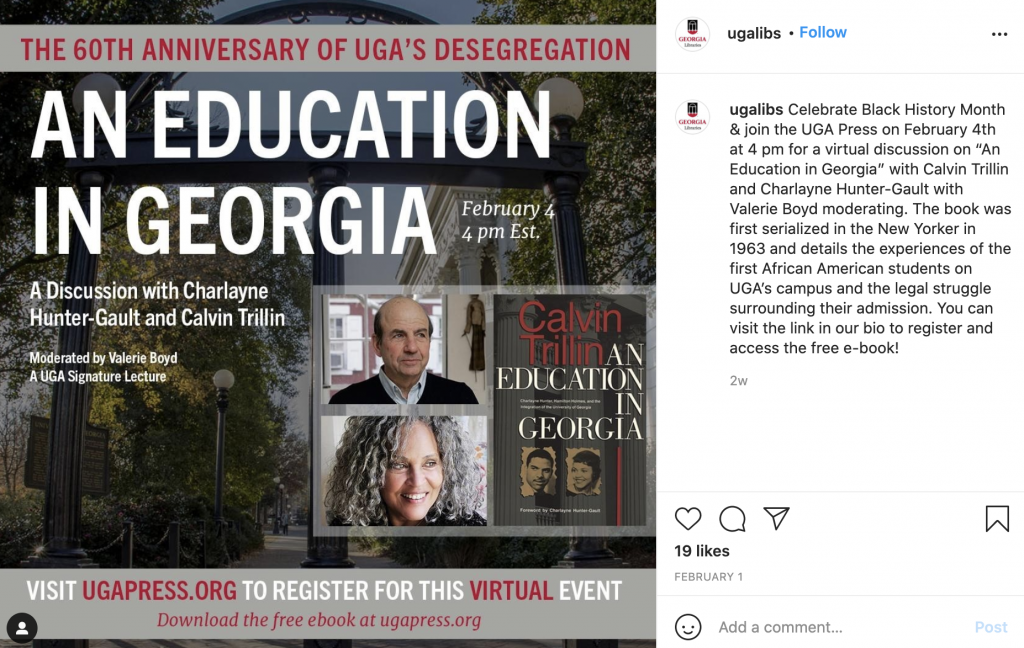 UGA intends to host a series of other events surrounding the desegregation throughout the month of February. 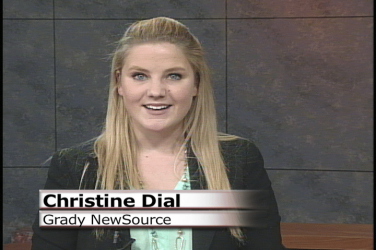 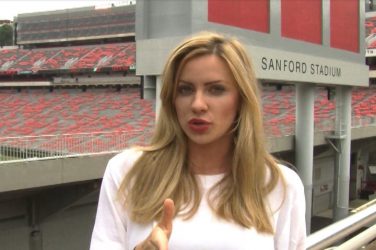 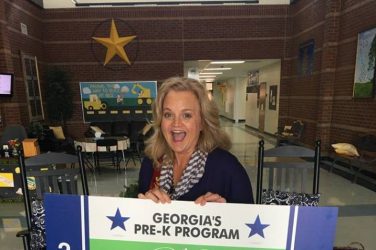