Ben Barrett was having a great time studying abroad in Leon, France in the spring of 2020 until he was informed that his program was being canceled due to ongoing outbreaks of COVID-19. He had 24 hours to book a flight back to the U.S.

Barrett, a senior at the University of Georgia and a junior advisor with the Office of Global Engagement, found a spot on a flight home just in the nick of time. But it cost him about $4,000.

“Having to come home early was really expensive because we had to pay for plane tickets immediately,” Barrett said. “Fortunately, my family is well enough off that we were able to cover that cost. But a lot of people don’t have that,” he said.

Why It’s Newsworthy: Many UGA students are currently preparing for study away programs and seeking scholarships to help them participate.

While no one could predict a global pandemic, Barrett’s story is just one example of how study abroad costs can add up, making the dream of global education unattainable for many.

Study abroad programs range in price. Short-term programs average in the $2,000-$3,000 range. Prices increase based on program duration and location, and these costs don’t include contingency funds, personal spending and travel costs.

Carolina Acosta-Alzuru, a UGA public relations professor, traveled abroad to teach at the Oxford program in England. The program allowed students extra funds to travel across Europe, including to Spain and Great Britain.

Acosta-Alzuru says one of the benefits of studying abroad is the opportunity to see nearby cities and landmarks, but these are additional costs that have to be budgeted for.

“It is not cheap,” Acosta-Alzuru said, recalling on her own daughter’s study abroad program. “I have never regretted that investment, but it was expensive.”

According to a report from the National Center for Education Statistics, 17% of the undergraduate population at UGA receives Pell Grants, grants awarded to students with exceptional financial need. These students face tremendous financial barriers just to attend college. Extra programs, such as studying away, can feel out of reach, despite the benefits they can provide.

Samantha Meyer, director of experiential learning at the UGA College of Journalism and Mass Communication, says that cost barriers and finding time in their plan of study to go abroad are the two main barriers for students. Some degree programs, such as foreign language or liberal arts, allow more course selections that could be taken abroad. Even Barrett admits that this was an advantage he had when choosing to study abroad.

“Being able to take a semester off to go do something where the classes don’t necessarily fit what you want to do, means you probably already had a ton of advantages in terms of credits in the past,” Barrett said.

However, both Barrett and Meyer said there is hope. The UGA Office of Global Engagement offers a general scholarship to students interested in studying abroad. Applicants are rated based on their application essays, academic merit, financial need and other demographics.

Individual departments and colleges, like the College of Journalism and Mass Communication and the Terry College of Business, provide scholarship opportunities to students in their programs. Financial aid, such as tuition waivers, Pell Grants, and the Georgia-specific HOPE and Zell Miller scholarships, can be applied to study abroad.

Another opportunity available to help save on costs is the UGA Passport Initiative. This program will cover the cost of a passport up to $150 and is available to any UGA undergraduate student who is a U.S. citizen.

Barrett feels that his time abroad not only helped improve his French-speaking skills, but the trip also gave him a more advanced worldview than some of his classmates. There are other benefits as well.

For example, a study from the Institute for the International Education of Students, an organization that supports study abroad programming, states that 93% of their program participants were employed within six months of graduation and a study of alumni from the American Institute for Foreign Study said 85% agreed that studying abroad was the most meaningful part of their education.

Acosta-Alzuru stresses the positive impacts of studying internationally but also acknowledges the struggle.

“Not everyone can do study abroad unless there’s help,” she said. “If I ever became a millionaire, what I would do is set up some sort of foundation so that every one of my students could study abroad. This is how important I think it is.”

Victoria Eymard is working towards her master’s degree in journalism at the University of Georgia. 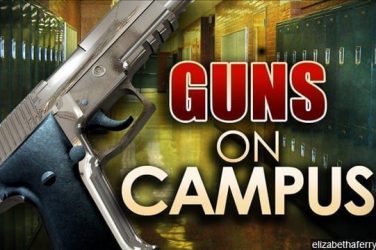 ATHENS —  University of Georgia students will hold a public demonstration against Georgia House ... 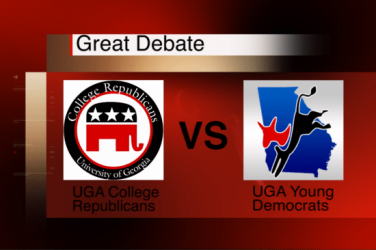 Politics will heat up again on the UGA scene when the UGA College Republicans ... 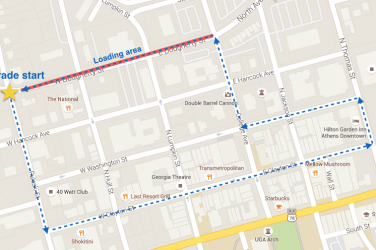 The University of Georgia Homecoming parade begins at 6 p.m. on Friday, October 16. ...