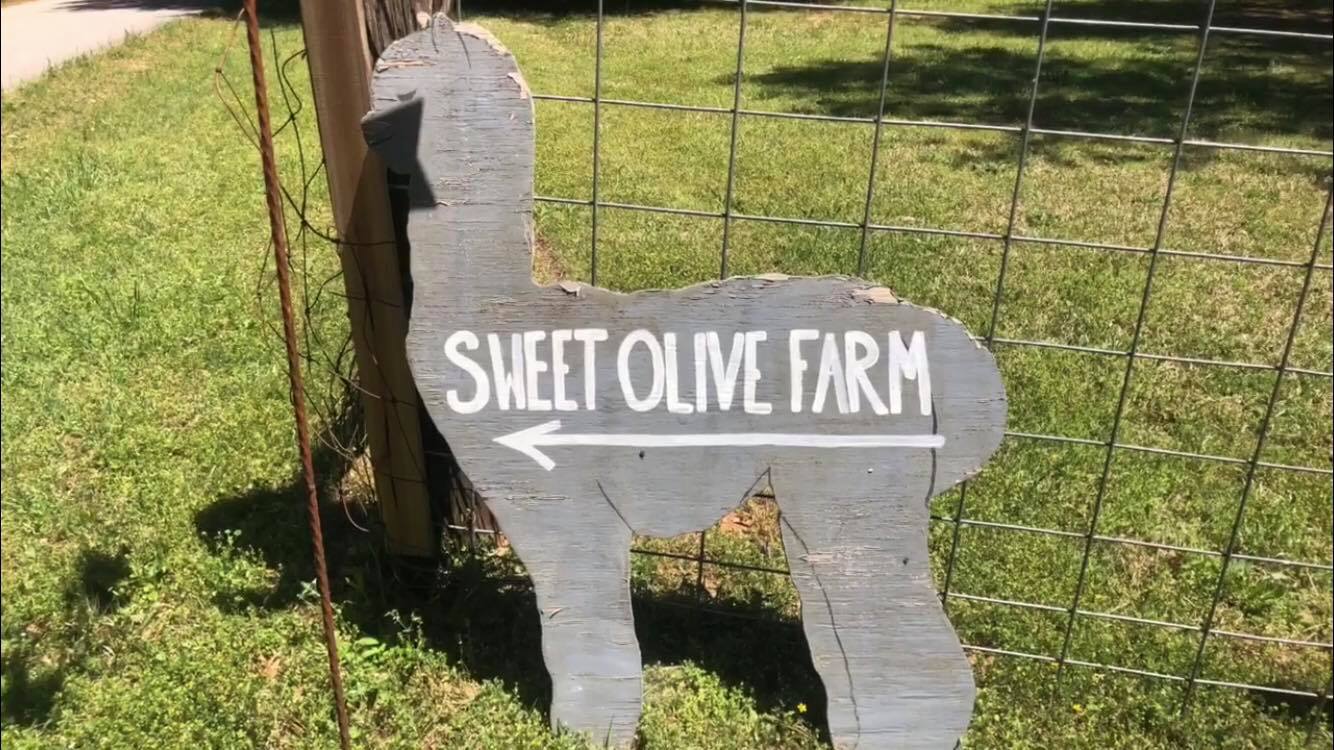 Two women in Winterville, Ga., have spent the last nine years rescuing animals from all over the Southeast. Sweet Olive Farm takes in elderly, abused or homeless farm and exotic animals and gives them a home.

It all started with 10 dogs and a pot-bellied pig named Mr. Thelma. After Kat Howkins and her wife, Susan, got a ticket in Atlanta for having too many dogs, they moved out to Winterville. Kat said that as soon as she saw the 22.5-acre property, she knew they had to move.

Not long after they moved to what would soon become Sweet Olive Farm, they took in their first farm animal.

“When the animal control officer came, she said ‘Hey, do y’all want a pot-bellied pig? That’ll really make your neighbors mad,’ and I was like ‘Okay.'”

After that, the farm was on speed dial for Fulton County and other pig rescues. Eventually, animal control units across Georgia and parts of the Southeast were bringing animals to Kat and Susan.

They now have 110 four-legged animals and another hundred ducks, chickens, geese, etc.

Now, I do get to live my dream of caring for animals,” said Kat.

Kat said one of her wildest experiences happened when five sheep escaped from a Ramadan Festival in Atlanta. Kat and Susan had to bring them to Winterville.

“She had a lose sheep in her car and one in a crate baah-ing the whole time. We all caravanned. We got out here, and we just opened it up, and they just jumped out, and we were like ‘okay, y’all, you’re free now,'” Kat said.

Kat said they want people to come out to the farm to decompress and become a part of saving these animals’ lives. Their mission is to educate the community and to give the animals human interaction.

They have about 10 regular volunteers during the week, and student organizations come out to help on the weekends.

Running the nonprofit farm is something both Kat and Susan love, but…

“I hope one day I can take a vacation again,” Kat said.

Kat said the toughest thing about running a nonprofit is making money to take care of all the animals, but she said it is a labor of love.

In addition to feeding more than 200 animals, Sweet Olive Farm also hosts yoga night in the barn on Saturdays and annual fundraisers.

Every day is different at Sweet Olive Farm, and Kat said it’s been one of the greatest experiences of her life.

PROFILE: Cindy O’Barr and her CHAMPS

By Savannah Brock The job of a sergeant doesn’t typically include being surrounded by ...

Cellmate Pairing in Jails Could Be Preventing Reform

MADISON COUNTY - Crime classification and former inmate history are both used to assign ...

Winder, GA – The Barrow County Board of Education is holding a special session tonight at ...