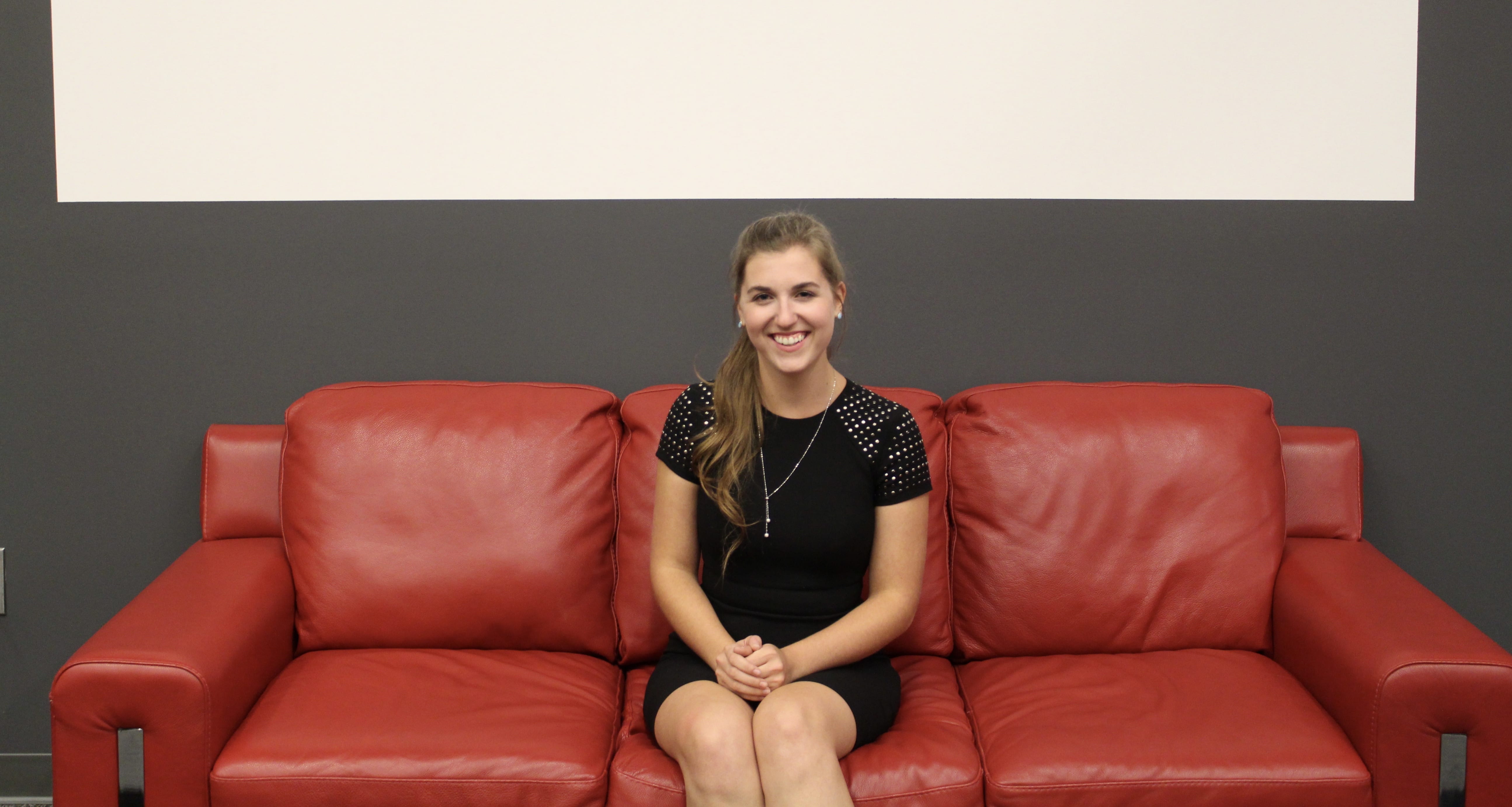 It was interviewing a young man dressed as a clown and smoking meth at the downtown Athens’ Waffle House that altered the trajectory of Charlotte Norsworthy’s future. It wasn’t just that her story went viral; she was left wondering if there was more to the man and his newfound infamy.

In a follow-up interview two weeks later, Norsworthy saw a different side of the story. Jacob Worthington, a 25-year-old army veteran, entertained her with magic tricks and spoke of his newfound sobriety, while providing insight into what happened after his arrest.

This interaction had Norsworthy hooked.

“I can’t get enough of this … I think people are so fascinating,” she said.

A career was kick-started, as was a double major in journalism and political science at UGA.

Norsworthy applied to Grady after her sophomore year, and after her junior year, she interned at National Public Radio’s headquarters in Washington, D.C. The internship afforded her the space to experiment with audio recording and learn from seasoned journalists.

At the same time, she started a dialogue with Keith Herndon, Grady College’s director of the Cox Institute, to see “what other opportunities in audio storytelling there were.” The Lead, a podcast interviewing media leaders and sponsored by the Cox Institute, needed a new host.

“The previous hosts of The Lead were also graduating, and so it ended up being a perfectly timed thing to where I could apply and be selected to host The Lead and sort of learn what it’s like to produce a podcast and host a podcast and be sort of a one-woman band,” Norsworthy said.

Creating an episode of The Lead is a lengthy operation, especially for one person. Norsworthy spends at least 20 hours producing each episode. Whether it is fine-tuning the sound quality or overlaying the music, it is a tedious operation to make a podcast “really enjoyable to listen to.”

Heading into its fifth season, Norsworthy wanted to advance and diversify elements of the production. In the past, the shows were exclusively available on SoundCloud, which doesn’t allow you to share with other platforms.

So Norsworthy, in coordination with Herndon, sought funding for a new hosting website. This led to Podbean, a host that allows access to iTunes and Google Play, making The Lead open to a wider audience.

The music this season has also changed to more accurately match Norsworthy’s tone of voice and storytelling style. Free music samples online supplied the sound to match her “vibe,” and fellow interns at NPR provided her with feedback to solidify her choices.

This season also marks a branching out in how The Lead procures new guests. Previously, interviewees were selected from the assemblage of media industry leaders coming through Grady College to lecture on the current state of journalism or Grady faculty themselves. Past interviewees include current Grady Dean Charles Davis and former WSB news anchor Monica Pearson.

Norsworthy has continued to make this change a reality.

“I was able to go to the Online News Association conference in Austin these past few weeks and interview attendees there that I came in contact with … so being mobile has been super beneficial in just broadening our method of thought and broadening the sort of people that … we bring onto the podcast,” she said.

With all the effort Norsworthy has put forward to augment the podcast, she seems pleased with the final product.

“So far so good,” she said. “Obviously, there’s still lots to do and there’s (sic) always ways to improve, but I’m really excited and kind of proud as to what we’ve done so far.”

The Lead posts new episodes on this website roughly every two weeks.

Studio 225 Officially Open to Focus on Entrepreneurship, Innovation at UGA

The Entrepreneurship Certificate Program finally has a permanent home three years after the University ...

Learn to Protect Yourself from an Attacker

By Madison Keiger Last week, a female UGA student was attacked from behind while walking on ...

ATHENS, GA - Two friends turn their global passions and humanitarianism into a reality.