The food insecurity rate in Athens-Clarke County was 22 percent in 2016, according to Feeding America’s annual “Map the Meal Gap” project.

Clarke County has approximately 26,340 food-insecure individuals, according to Feeding America data from 2016. Approximately 70 percent are below 130 percent poverty, which means individuals in this bracket have a yearly income of less than $15,000.

Why It’s Newsworthy: Alongside UGA students in Athens-Clarke County, many long-term residents face food insecurity. The issue is directly tied to housing inequality and impacts the number of food insecure individuals across Athens-Clarke County. Organizations and community gardens are hoping to alleviate the problem through their work.

Factors That Contribute to Food Insecurity

Jerry Shannon, an assistant professor in the department of geography and the department of financial planning, housing, and consumer economics at the University of Georgia, researches food in low-income communities. He defines food security by a single question: “Do you know when your next meal is?”

“If you’re food insecure, the answer to that question is: [I’m] not sure,” Shannon said.

He said some factors that contribute to food insecurity include: poverty, lack of access to healthy food, transportation and health issues, all of which are especially common among the elderly.

Shannon said heightened costs and a lack of fresh food options may cause people to be unable to obtain healthier meals in which they turn to fast food as a replacement. Areas like this, which have more fast-food options than healthy options, are known as food swamps.

“Calories are cheap but nutrition is expensive in the United States, and so food insecurity might partially be you don’t have access to the foods you might [need],” Shannon says.

The most common direct response to food insecurity is by turning to emergency food, Shannon said. This includes obtaining goods from food banks and food pantries, such as Athens Area Emergency Foodbank, Foodbank of Northeast Georgia and others illustrated on the map below.

There are eight food banks and pantries located throughout Athens-Clarke County. Their locations are mapped above.

In addition, Shannon said housing is another cost that can affect food security, as lower-income people may have to choose between housing and food.

Housing policy in the United States for the last hundred years has really encouraged a segregated landscape in lots of different ways, both racially and economIcally.”

“The result of that is we have a segregated food system, and so the kind of options that are available in low-income neighborhoods and communities of color are not as good as higher income and white communities, and that’s the result of housing policy,” he continued.

Additionally, while he saw a fluctuation during the recession, Shannon said food insecurity rates today are almost the exact same as they were in 1987, even during times of economic prosperity.

Shannon also mentioned that vulnerable populations, such as the elderly, children, homeless and the disabled are the ones most impacted by food insecurity.

Organizations such as the Athens Community Council on Aging and UGA Campus Kitchen help to address the issue of food insecurity for elderly populations.

Nirav Illango, a senior at the University of Georgia and president of UGA’s Campus Kitchen, discusses food insecurity in Athens and what his organization does to help alleviate that burden in the video below:

Another approach to addressing food insecurity includes people creating their own local gardens and agriculture with the intent to be able to provide food for themselves.

Organizations such as Athens Land Trust and Keep Athens-Clarke County Beautiful provide food access and use community gardens and food education to help alleviate some of the burden of food insecurity.

According to these organizations, there are benefits to community gardens, as they can turn empty lots into a useful space that can serve as a source of food, are low cost and can help people remain active.

Community gardens can also serve as a framework of food sovereignty in which people can take control of what they consume whereas, Shannon said, there is not a lot of control over food with capitalism.

Tex Bagley, director of agriculture at Athens Land Trust, oversees the community gardens at this organization.

Athens Land Trust has a large community garden, as well a production garden at the Williams farm, where they sell its products to restaurants. They offer a farmer’s market where people can get produce half-off its original price and often host the markets in lower-income communities.

In addition, Athens Land Trust also helped develop the community garden network, which is a network of 11 gardens. The goal of the network is to help provide access to nutritional food for low-income families, including the elderly, children and minority populations, by providing them with opportunities and support to grow their own food.

Bagley said the reason for the gardens is because many areas in Athens are food deserts. Some people do not live near fresh produce, and having a community garden is just one of the ways that Athens Land Trust is trying to tackle food security.

Bagley emphasized, however, that it is just a tool to address food insecurity:

These gardens are not the thing that’s just going to magically solve that issue, but it is one part of [the solution].”

Bagley also said he is in the process of trying to revitalize some existing gardens that aren’t being used.

He mentioned that Athens Land Trust is there as support, whether that is by providing extra wood, compost or dirt to these gardens in the revitalization process.

Additionally, Bagley said he hopes to obtain grants to build newer beds, irrigation and support for members in the community garden network.

Stacy Smith, the program education specialist at Keep Athens-Clarke County Beautiful, has been doing outreach and education work for more than six years.

Keep Athens-Clarke County Beautiful has a program called beautification, which Smith said serves as a resource for citizens by providing them with environmental education.

They partner with organizations like Habitat for Humanity and Community Connection of Northeast Georgia to create the Athens Area Tool Shed program, which offers people gardening and renovation tools to assist them with their community gardening plans.

As part of a sustainability agreement in co-sponsorship with Athens-Clarke County Central Services Landscape Management, Transit, and Leisure Services, civic-minded organizations can adopt parts of Athens and help maintain that space for a minimum of two years.

“We work with the [Athens] Land Trust and other community gardens all around town just kind of in a support capacity,” Smith said.

The school gardens are mostly for education since it is hard to grow at a large enough volume to provide enough food for school cafeterias; however, Smith said individual students may be able to take some produce home.

Smith explained how the mission of the school garden network was to expose kids to gardening and show them the impact it can have.

Students typically grow cold-season crops such as kale, lettuce, carrots and beets, which are chosen based on the school year so students have the chance to see their crops grow.

I wish the community would volunteer more and buy into them and be more involved, because it would be easier to take care of them if we had more volunteers,” Smith said.

Stephanie Flores, a Food Corps service member, works in the Farm to School program, which partners with local schools in Athens. This is her first year as the food representative, where she works to instill principles in students about where food comes from.

Flores helps facilitate lessons on a weekly basis and plans themes for lessons. Part of that work includes empowering kids about where food comes from and teaching healthier food recipes.

The purpose of the lessons is to show how growing food can be accessible and show students that they deserve to have nourishment. Flores said it is important to recognize the issue of food insecurity as being tied to access.

“Even if kids are getting the calories in a day they’re supposed to be getting, they can still be considered food insecure if what they’re putting into their bodies isn’t what’s needed to help them grow, and in that way it’s about access to healthy food,” Flores said.

While she can’t solve everything, Flores said she gives students the power to choose between healthy and unhealthy foods and reminds them that it is an everyday decision to choose healthier options.

Additionally, as Shannon mentioned, Flores said housing has an impact on food security because student apartments take up land at the expense of the people living there.

In certain areas, there are no fresh foods, and grocery stores are not in walking distance. The commodification of land to historically rich whites has pushed the lower-class population out. Instead of being in lower-income neighborhoods that need them, stores tend to follow the money, which is often to those higher-income populations, according to Flores.

“It leads to an inaccessibility to grocery stores and to fresh food because of the location of the housing,” Flores said.

The impact food insecurity has on housing is that it’s hard to focus long-term when hungry, Shannon said.  Groups like Athens Land Trust and community gardens hope to help food-insecure individuals think long-term.

Shannon believes there are misconceptions around what the solution for food security is. He said the term “food security” implies that an individual may not have enough food when the real problem is access and the factors that keep people from being able to obtain healthy food options.

“The problem is the people who need food aren’t able to get it and calling that ‘food insecurity’ neglects all the stuff that plays into why that is the case,” Shannon said.

Christina Conner, Emma Fordham, Danny McArthur and Rebecca Nauth are seniors majoring in journalism in the Grady College of Journalism and Mass Communication at the University of Georgia. 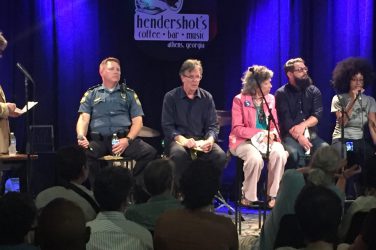 Community members came together at a town hall meeting to discuss the future of ... 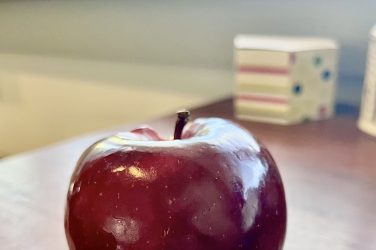 Underserved and Underwhelmed: Reality of Education Has Changed for Many Georgia Teachers

What was once a highly rewarding career is no longer for some educators. ... 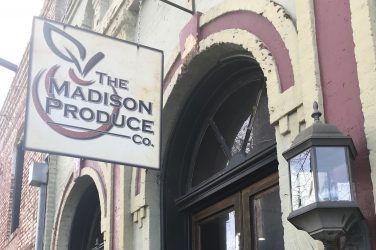