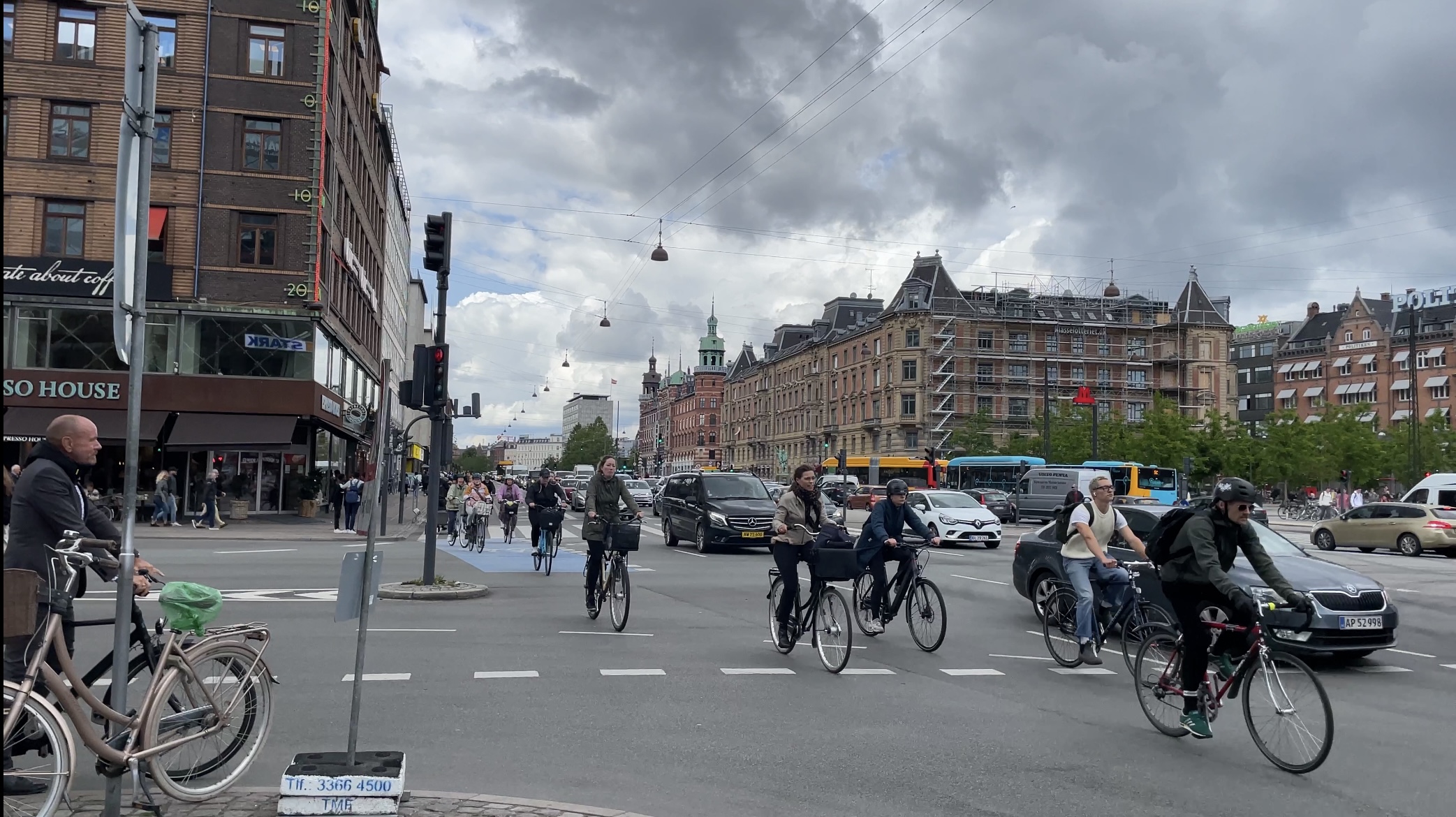 Before studying abroad, I never expected to feel left out due to my inability to ride a bicycle. Even in cities where bikes are popular, such as Oxford, England, I was fine walking and taking buses. However, Copenhagen is different as its size demands the ability to ride a bike in order to explore it all.

One could walk around the city; however, there is so much to see, walking is not sufficient. The city spreads for many miles, with interesting locations at every corner, yet reaching them takes so much extra time or money without a bike. Buses are a possible mode of transportation, but it is made complicated by the varying bus schedules and routes.

Why It’s Newsworthy: Riding a bicycle is growing as an important skill to have before traveling to cities where sustainability becomes of greater importance. This is especially true in Copenhagen, where 62% of the local population commute by bicycle.

Often, I found myself envious when a friend would bike to get food and be back in 5 minutes, whereas it would take me 15 minutes to even walk there. Once the group went on a bike tour, and I was left behind, unable to ride a bike with them.

I wound up walking 2 miles to join my group for lunch; Copenhagen does make it easy to exercise. I enjoy my mile walks to downtown and around the city; however, I also struggle with the knowledge that I could not make a quick trip to a location should I want to.

That said, there are solutions even with bikes, such as ones with carriages in front of them so that a person could ride inside and be driven. However, these bikes are not easily found and require a dedicated driver. Thus, walking was my best solution as opposed to any other transportation.

I was upset with how restrained I felt by the usage of bikes all over Copenhagen. I wanted to be able to truly experience the city and the culture without the skill, yet it was beginning to look impossible. I assumed it had to be possible that the city could be fully appreciated without a bicycle.

Curious if other tourists shared my sentiment, I spoke with American students Lelia Evans, Molly Nachtwey, Maggie Bruce, Jenny Hayden and Phoebe Hatch about their experiences with cycling in Copenhagen over the past month.

Some shared my sentiment about the intensity of biking in Copenhagen. I felt like even if I learned how to ride a bike, I wouldn’t be able to keep up with the locals.

Others said they didn’t feel affected and were okay with using other methods of transportation in the city.

“Anywhere I can bike, I can get by foot,” said Evans.

“I also love the metro, I’ve depended on it,” said Nachtwey.

While I do not have a lot of experience with the metro here, it has been efficient when I’ve used it. I just sometimes struggled to find the stations. I was surprised at their satisfaction and understanding of public transport, as they felt like they were able to experience enough with them.

I also spoke to Sonja Eriksen, a local bike-rider and resident of Copenhagen for the past 40 years. She emphasized the importance of bikes to her and her children, who she ensured knew how to ride while living in Copenhagen.

“You get to find your favorite routes; I can go along the coast most of the time, so it’s not a problem,” said Eriksen. “I like to do it, if the weather is okay; the tour itself is fairly pleasant.”

Eriksen also sympathized with tourists, admitting many cyclists do not follow traffic rules and make it more difficult for pedestrians to look out for the chaotic numbers of transportation. She also remarked on how difficult it would be to traverse the city, saying a lot would be “quite far to walk.”

All of these interactions with other travelers taught me that, while I really needed to learn how to ride a bike so I could explore more cities, there were often other solutions I could utilize. Though not always convenient, walking did allow me an ability to slow down and see the city up close.

Caleb Baldwin is a student at the University of Georgia.

How To Engage in Multimedia Journalism

The Pricey Chocolate Culture in Copenhagen

Whenever I go abroad, I try to find what dish is native to the ...

Rachel Kinsaul is currently in her sixth year of teaching agriculture classes at Morgan ...