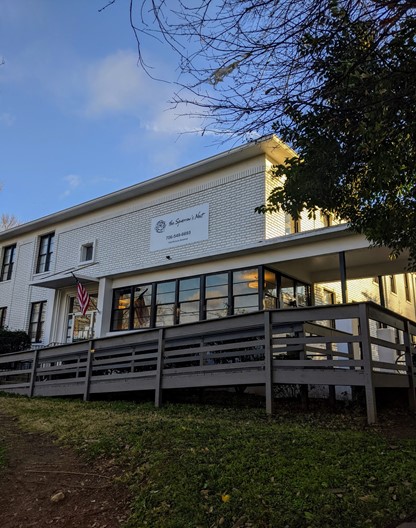 “Putting people experiencing poverty on track “to go on to the next step: from A to B to Z…”

That, in Executive Director James Scott’s words, is the traction-gaining tactic of The Sparrow’s Nest. The Athens-based nonprofit organization is exploring an alternative plan of attack against the city’s age-old poverty problem.

Poverty may be an unfamiliar experience to some Athens residents, but it is a foreign sight to none. With a 28.3% poverty rate recorded by OneAthens, Athens-Clarke County more than doubles the  13.3% state average that the U.S. Census Bureau reports. Despite the presence and programs of more than 10 nonprofit organizations and ministries taking aim at the poverty problem in the Athens area, the county’s poverty rate doubled in the course of the 2000s with the pandemic only worsening prospects for improvement.

Why It’s Newsworthy: Despite large material efforts by the government and nonprofits alike, the harmful and severe presence of poverty and homelessness in the Athens area has worsened. The Sparrow’s Nest believes that relational engagement is an effective treatment to this pressing problem.

Squares and streets display poverty’s harms while the day-to-day lives of thousands of families silently entrench them. The breath of poverty is charted with ease by a quick clicking across widely accessible databases. However, it is the recognition and treatment of its overlooked depth that forms the unique perspective of The Sparrow’s Nest.

“You don’t become homeless overnight…”, said Scott, who pinpoints its primary cause as “either through a substance use, abusing drugs or a mental health challenge if not both running parallel…that’s raw, and it’s something the reports won’t show you.”

The Sparrow’s Nest advocates for a consistent, relational approach to poverty that is supplemented by material aid. The organization’s multifaceted view of the causes of poverty guides the multi-pronged assistance it offers.

The doors of the ministry’s building open five days a week to any household or individual with an annual income that is below the Federal Poverty Line.

The Sparrow’s Nest offers a wide variety of material assistance from medical prescriptions to federal identification, along with daily breakfasts and lunches, laundry availability, a clothes closet and a food pantry.

The organization aims to imbue a personal touch to its material outlets as the building doubles as a community space and chapel services are held after the last meal of every week. However, these services are meant to be a gateway to the primary assets the organization seeks to offer.

Don Nelson, an associate professor of the University of Georgia’s Department of Anthropology and frequent volunteer at The Sparrow’s Nest, believes that long-term, communal engagement is the key to helping those in need rather than short-term solutions.

“People have had a lifetime of doing things in particular ways and developing particular perspectives based on their own experiences…to try to change those behaviors is not a short-term process,” he said.

The Sparrow’s Nest strives to reward the commitment and effort of those it serves, and it prizes consistency as the fuel of its work. Its clients are invited to widen their access to its resources through participating in free, bi-weekly classes facilitated by its staff.

While there are typically 10-15 clients enrolled in each of the 14 week semesters, the impact of COVID-19 drastically dropped the number of entrants. Only two people are enrolled in the current round of the first class, titled “Breaking The Cycle.”

The curriculum, which Nelson assists in drafting and teaching, is tailored to train attendees relationally just as much as practically. “They provide an opportunity to inform personally,” he said, “to engage these people and expose them to tools and ideas and a support group of people that are really trying to save their lives.”

Upon passing the first class, graduates receive career opportunities and training, and the option to move to the second course, “Getting It Right.” There is a modest, donation-funded stipend given for consistent attendance in both programs. Alongside this incentive, students in either course are offered free counseling sessions, legal advice and prayer through the duration of the courses along with the meals regularly provided at the facility.

Hailey Hawkins, a fourth-year Human Development and Family Sciences major at the University of Georgia, serves as an intern at The Sparrow’s Nest and the primary facilitator for “Breaking The Cycle.”

“The program allows them to heal internal relationships while also learning how to trust other relationships and form new connections that can help them find opportunities,” she said.

At the conclusion of “Breaking the Cycles” and its successor, “Getting it Right,” a graduation celebration is held by the whole ministry. “To put on a gown for a reason…to gain something like that, it’s an amazing feeling,” said recent graduate of both classes Jerome Derby in a video posted on their website, “everything just turned out beautifully for me.”

The ministry scaffolds its work with trust and community. Inconsistency and lack of engagement have long been a primary concern even before the unique obstacles of the past year. Rather than sparking new threats, the pandemic worsens already existing hindrances.

The importance of repeated interaction and community to the ministry’s approach only sharpened the pandemic’s sting. The already existing limitation of the instability of transportation available to people experiencing poverty and homelessness has been exacerbated, and the building itself is only open to a capped amount of people due to health concerns. While the organization still offers modified versions of all outlets of assistance, client participation has dropped over the past year.

The ministry served 13,000 meals in 2020; the pandemic more than halved its 2019 sum of over 30,000. While the amount of essential materials like sleeping bags and clothing being given has increased, its relational capacities have been challenged.

Normally, the ministry’s meals are among its biggest avenues to furthering involvement as communal space is provided in and outside the building for people to eat and converse together. The more grab-and-go nature of other services may bring consistent attendees, but the falling number of fully involved clients proves that the now endangered practice of crafting connections is essential to establishing engagement.

As The Sparrow’s Nest continues to hold firm to its commitment to its long-term, community-based approach to poverty in the Athens area, time will continue to test the mettle of its effectiveness and the relationship between the well and the wealthy.

To the staff and director of The Sparrow’s Nest, it is still all about what it always has been about: helping the community.

“That group of people, the needy and the homeless…” said Scott, “ that still is our community.”

The streetside view of The Sparrow’s Nest off of Prince Avenue in Athens, GA. The “come one come all” policy is advertised as much as possible to any who may happen to come by in need of aid.
NEXT STORY

The streetside view of The Sparrow’s Nest off of Prince Avenue in Athens, GA. The “come one come all” policy is advertised as much as possible to any who may happen to come by in need of aid.
PREV STORY 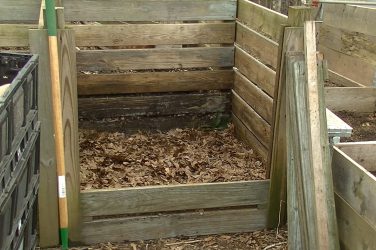 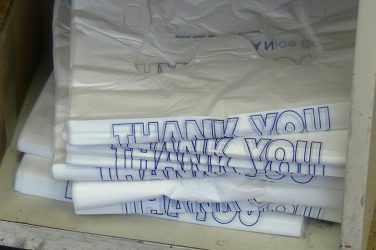 A bill has been passed by the senate of the Georgia General Assembly that ... 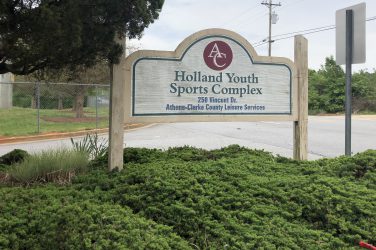 The building becomes loud with chatter. People scribble in their notebooks and raise their ...