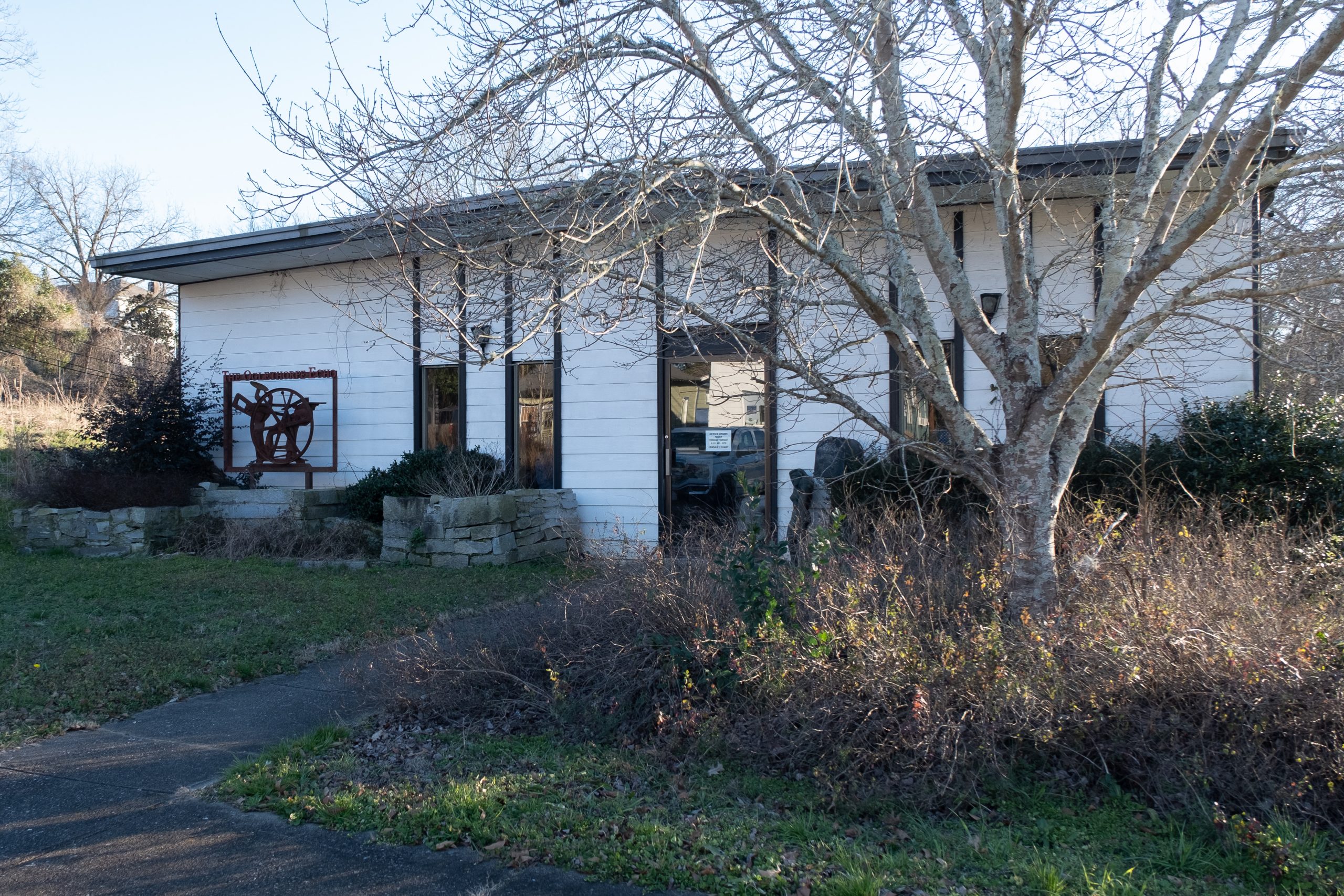 Framed on a wall of the entryway is a newspaper clipping: a profile on the paper’s former owner, Ralph Maxwell Sr. On the other side of that wall, his son, Ralph Maxwell Jr., sits in his office surrounded by dusty copies of past editions. The cane he relies on to get around rests against the desk to his right.

The Echo has provided Oglethorpe County with weekly print news since 1874, and it’s been in Maxwell’s family since 1943. He has run it since 1981. Though the Echo is less than four years away from its 150th anniversary, its owner doesn’t believe the paper will make it that long.

Why It’s Newsworthy: If the Echo closes, Oglethorpe County residents will lose their only source of local journalism.

The Echo’s staff totals only four. Its owner is nearly 70 years old, and two of his employees are already over 70. Maxwell said there’s no financial incentive to keep the Echo alive.

“It actually costs me money to keep it going,” he said.

If the Echo shuts its doors, Oglethorpe County will lose its only local source of print journalism and become a news desert.

Why is News Desertification Happening?

The University of North Carolina’s Center for Innovation and Sustainability in Local Media defines a news desert as “a community… with limited access to credible and comprehensive information that feeds democracy at the grassroots level.”

Oglethorpe County is by no means facing this problem alone. Since 2004, the United States has witnessed the closure of a quarter of its total newspapers.

These statistics come from a 2020 report by Penelope Abernathy, the recently retired Knight Chair in Journalism and Digital Economics at UNC’s Hussman School of Journalism and Media. Her research tracks the expansion of news deserts around the country.

Abernathy said this wave of paper closures is a direct consequence of an overarching problem in the print news industry: “The for-profit print revenue model collapsed over the last two decades,” she said.

In just one decade, from 2008 to 2018, ad revenue for print news organizations fell more than 60% according to Pew Research Center.

At the same time, the number of people paying for newspaper subscriptions declined. In 2018, print circulation in the United States reached its lowest level since 1940.

Who Does News Desertification Impact the Most?

Abernathy explained that these across-the-board reductions in revenue have taken a particularly heavy toll on weekly and rural papers.

She said, “the communities that have lost papers tend to be struggling economically,” and that existing financial hardships only exacerbate the aforementioned trends on a local scale.

Over 200 counties across the country have no local paper. However, more than half of these news deserts are in the South, which, as of 2016, accounted for only 38% of the national population but 42% of all Americans living in poverty.

In Georgia, 17 of 159 total counties are news deserts.

Though digital news sources have been widely adopted by Americans, with 86% getting their news from digital devices, the internet has not saved local news.

Abernathy explained that rural areas often lack reliable, high-speed internet, which can limit an audience’s ability to access and truly rely on digital news. This makes transitioning to online platforms challenging for both rural consumers and news organizations.

In addition to these practical obstacles, papers have a difficult time convincing readers to pay for digital-only subscriptions. Because of this, Abernathy said that most local papers “charge only a fraction for their digital edition as they do for their print,” meaning that it is impractical for a local paper’s business model to rely solely on revenue from digital subscriptions.

Dink NeSmith, president of Community Newspapers, Inc., said that free sources of online news are competition for local papers. His company, which is headquartered in Athens, operates 25 local newspapers in the Southeast.

“People have so many options to turn to for information,” he said, but “nobody else is doing what we do.”

The Harm News Deserts Cause

NeSmith’s nearest publication is located in Elberton, Georgia, but he is an Oglethorpe County resident and is one of the Echo’s few “e-subscribers.” Maxwell emails him a PDF of the Echo every week.

NeSmith said local papers serve a vital role that social media and nonlocal news outlets cannot fill. This claim is supported by both Abernathy’s UNC report and a 2011 report by the Federal Communications Commission.

The FCC explains that local newspapers are the most potent accountability measure for local communities. It also states that market shrinkage “is likely to lead to more government waste, more local corruption, worse schools, a less-informed electorate, and other serious problems in communities.”

Different sources offer different solutions for the problem of news desertification, but they all insist that there is no one right answer.

However, these solutions would be less effective in addressing the needs of rural communities than urban ones.

Opportunities for nonprofit funding are concentrated in metro areas and hard for rural organizations to access, Abernathy explained. And since the FCC’s report was published, no digital revenue model stable enough to support local news organizations on its own has materialized.

NeSmith said no one in the industry has found “a perfect recipe for just pure digital.”

What Can be Done?

Even if a local news company could survive purely on digital ads and subscriptions, papers like the Echo would still be left behind. Oglethorpe County only has 82.5% broadband coverage compared to Clarke County’s 100% coverage. On the whole, only 84.9% of Georgians have broadband access.

Abernathy’s report concludes that finding a way for local news organizations to become financially solvent in some of the poorest and most isolated communities is a necessary step toward rebuilding trust in the media at a foundational level. However, a local paper cannot solve its money problems all at once just by adjusting its pricing plan or business model.

Increasing prices for news subscriptions only exacerbates the divide between affluent communities that can afford quality reporting and those that cannot, Abernathy warns. Furthermore, new business models for local news organizations will have to be tailor-fit for specific communities. If something were to help Maxwell see the Echo through to its 150th anniversary, the same solution might not work for other small-town papers fighting the same battles.

Abernathy claims it will take a concerted effort between government policies, journalists, philanthropists and ordinary citizens to reinvigorate the local news industry.

“It’s going to take a lot of minds to solve it,” she said. “There’s not one silver bullet.”

Ian Allen is a senior studying International Affairs, Journalism, Entrepreneurship, and Global Issues at the University of Georgia.

The Oglethorpe Echo’s offices are located in downtown Lexington, Georgia, the seat of Oglethorpe County. It has provided the county with weekly print news since 1874. (Photo/Ian Allen)
NEXT STORY

The Oglethorpe Echo’s offices are located in downtown Lexington, Georgia, the seat of Oglethorpe County. It has provided the county with weekly print news since 1874. (Photo/Ian Allen)
PREV STORY 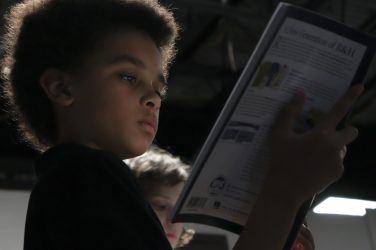 Between theater companies and theater facilities, Athens, Georgia, has a range of locations that ... 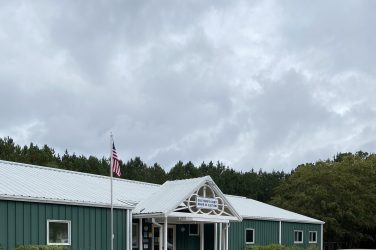 Georgia experienced a 48% increase in early voter in-person turnout from the 2016 election ... 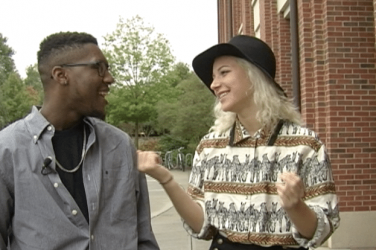 a Capella concerts around campus

— Reported by Lindsay Tuman  Calling all music lovers! Tomorrow is the night to ...