More voters have opted for third party candidates and write-in votes over the past four election cycles. Despite this increase, third parties still struggle to be a viable option for American voters in the two-party system. The last third-party candidate to win any electoral votes was George Wallace in 1986, winning five southern states on the platform, segregation now, segregation tomorrow, segregation forever.

Although the size of third parties could indicate their lack of significance, Sean Goff and Daniel J. Lee argue the importance of third parties and their value for American democracy in their journal, Prospects for Third Party Success in a Polarized Era. In a polarizing time in America’s political history, third parties and journeying away from the two-party system could be the solution to the hyper-divisive politics of recent years. Either way, Goff and Lee assert that third parties have historically played an important role in instigating change in the major parties.

Why It’s Newsworthy: Despite their small size, third parties still impact American democracy and elections. Also, their growth in popularity may indicate a national shift away from the two-party system.

One of the most challenging aspects of running third party is in fact getting on the ballot at all. The requirements are different in every state but usually entail getting a specific number of signatures. In the state of Georgia, 36,180 signatures were required (1% of voters eligible to vote in the last election) to run for one Senate seat, while the other was only available to qualified parties. The number of signatures varied for the U.S. House of Representatives seats, but if unaffiliated parties were allowed to run, the signature requirement was 5% of registered voters in the district in the last election.

John Fortuin, a Green Party candidate for the U.S. Senate in Georgia, said that the most difficult part of getting on the ballot is obtaining enough signatures, and COVID-19 has not helped.

The lack of accommodation for minor parties in the upcoming election resulted in a lawsuit by the Green Party of Georgia.

Jimmy Cooper, Green Party candidate for Georgia’s 8th congressional district for the U.S. House of Representatives and Hugh Esco, secretary for the Georgia Green Party, acted as litigants in this process.

“The state of Georgia did not offer a good response to the pandemic. Because of the pandemic we weren’t able to launch an effective ballot access campaign,” Cooper said.

Petitioning for signatures often requires knocking door to door and attending large events, both of which have been affected by the COVID-19 pandemic. At the time, Georgia was still in a state of emergency and in lock down. The Secretary of State’s office offered a 30% reduction in signatures needed, not a reasonable response in Cooper’s eyes.

“It is extremely hard, and in my opinion irresponsible, to try and collect signatures during a pandemic,” he said. “The guidelines are already prohibitive.”

The number [of signatures] are only there to keep us off the ballot,” Jimmy Cooper said.

Esco shared a similar sentiment. According to him, the motivation behind the restrictive 1943 ballot access laws was less than pure. “The original motivation for this 5% statue which was adopted in 1943 was to keep communists and republicans off the ballot,” Esco said.

He detailed a history in which the surrounding racial tension and communism during World War II cultivated a desire to restrict access to the ballot.

Esco details the connections between increase in Black military service and ballot restriction above.

An article for the Seattle Law Review in 2010 by Oliver Hall titled “Death by a Thousand Signatures: The Rise of Restrictive Ballot Access Laws and the Decline of Electoral Competition in the United States” details similar ideas. It cites the red scare after World War I as a primary motivation for restricting ballot access. It says in fact, that the first elections in the United States did not require ballot access laws at all.

Third parties challenging the legality of such restrictions is not new either. Williams v. Rhodes was the first minor party challenge to a modern ballot access law, according to Hall. In 2016 the Green Party was successful in getting the state of Georgia to reduce the number of signatures for presidential candidates from 54,000 to 7,500.

The case in question, Green Party of GA v. Kemp,  also cites similar motivations in the historical restriction of ballot access. The case reads that “plaintiffs assert that this requirement [5% signature rule] was adopted “as a means of prohibiting Republicans, Communists, and Black people from accessing the Georgia ballot.” The defendant contested this assertion. The Supreme Court has also upheld the 5% ballot access laws.

Despite past success and the extenuating circumstances of the pandemic, the judge of the court case this year upheld the procedures the Secretary of State set out, a 30% reduction of signatures.

Fortuin is running in the special election race against incumbent Kelly Loeffler. He claims that the special elections are the closest Georgia law comes to a fair shot for third parties and independents. “The other enormous obstacle to fair elections in Georgia and for true voter choice is the absence of ranked choice voting in this state,” said Fortuin.

This would allow, at least hypothetically, the possibility for third-party and independent candidates to become more of a threat to the major parties. Fortuin illustrated this using the 2016 election. Some voters may have ranked Hillary Clinton first, Bernie Sanders second, and a Green or Libertarian Party as their third option, while leaving Donald Trump blank. It is possible, if not likely, that voters on either side of the spectrum would’ve preferred a third-party candidate to the opposing major party candidate. The current winner-takes-all system doesn’t account for voter preference.

“There have been folks that claim they are progressive democrats or libertarian minded folks who claim you must vote with the two major parties, however you never hear the same persons who are trying to force and guilt trip citizens into voting for the major parties advocate for ranked choice voting,” Fortuin said. In his view, this is inherently dishonest if they do not mention ranked choice voting as a way to solve the so-called ‘spoiler problem’.

Cooper agreed that a ranked choice voting system would aid third parties as it wouldn’t give voters the idea that their only choices were either the Democratic or Republican parties.

Democrats like to pretend that they own our vote, that somehow we’re beholden to them,” said Hugh Esco.

Fortuin claims that voting systems now in Georgia are un-auditable on purpose. “I’ve dedicated decades of my life fighting against corrupt democrats [and republicans] and their steadfast support of computerized voting systems that are not dependent on a paper ballot that can be audited,” he said.

“Ballot access requirements in terms of percentage of signatures needed to run in a race need to be reduced 100-fold,” said Fortuin. He would like to see Georgia’s requirements for signatures brought down to as low as 63, as opposed to the 6,000 he had to collect. “Many countries have no requirements for petitioning to get on the ballot. We really do need to look at best practices abroad as well as domestically to model our democracy on,” he said.

Charles Bullock, professor of political science at the University of Georgia (UGA), specializing in southern politics, legislative politics and elections, was not convinced that third parties will make much of a dent in November this year. “All the evidence says there’s a very small share of the electorate that’s not committed to Biden or Trump,” Bullock said.

There could be something to the idea of a ranked voting system, however. Bullock said that he can see movement in the direction of that kind of system in Georgia. “I could imagine in the next few years there would be some discussion in the general assembly. I think the context in which this will be pushed is for primary elections but not necessarily general elections,” he said. Among some reasons, this system in the primaries would eliminate the need for run-off elections, which struggle from low voter turnout, Bullock claimed. “I would not be surprised to see Georgia adopt that for primaries, whether they extend that to general, I’m not so sure,” Bullock said.

One thing Bullock is sure of is that it’s very difficult to get on the ballot in Georgia as a third-party candidate.

Unless a person is fairly delusional, they don’t anticipate that a third-party candidate is likely to win,” said Charles Bullock.

Many third-party votes, according to him, are protest votes, throw away votes, or votes hoping that in the future the party will have more influence.

Another option, Bullock said, is to not vote at all. He said he’s heard this specifically from progressives, who say Biden isn’t liberal enough. “Some of those folks are beginning to rethink that as a result of the vacancy on the Supreme Court,” he said, in reference to the recent death of Supreme Court Justice Ruth Bader Ginsburg.

Regardless of if third-party votes continue the trend of increasing this November, there seems to be movement in the direction of a different voting system. Distrust in the two party system and major party candidates could push American voters to a ranked choice voting system and into the welcoming arms of minor parties.

Meg Hansen is a senior majoring in religion and journalism in the Grady College of Journalism and Mass Communication at the University of Georgia.

How Flu Vaccine Can Help The Fight Against COVID-19

Madison County Christmas with a Cop to Continue Despite COVID-19 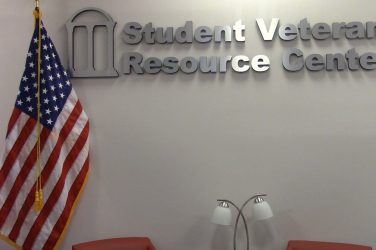 By Richard Banton The Greenlight A Vet campaign is asking everyone to change one ... 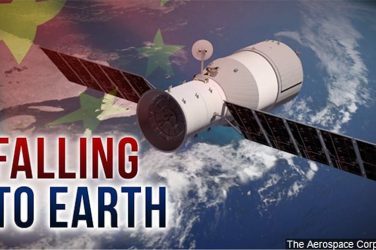 The entire sky isn’t falling, but a Chinese satellite is expected to fall ... 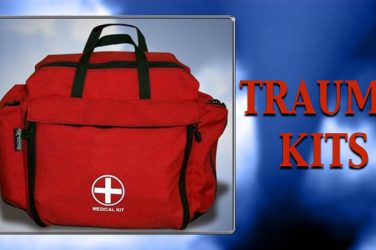 The recent terrorists attacks in Paris and Brussels have prompted local officials to take ...