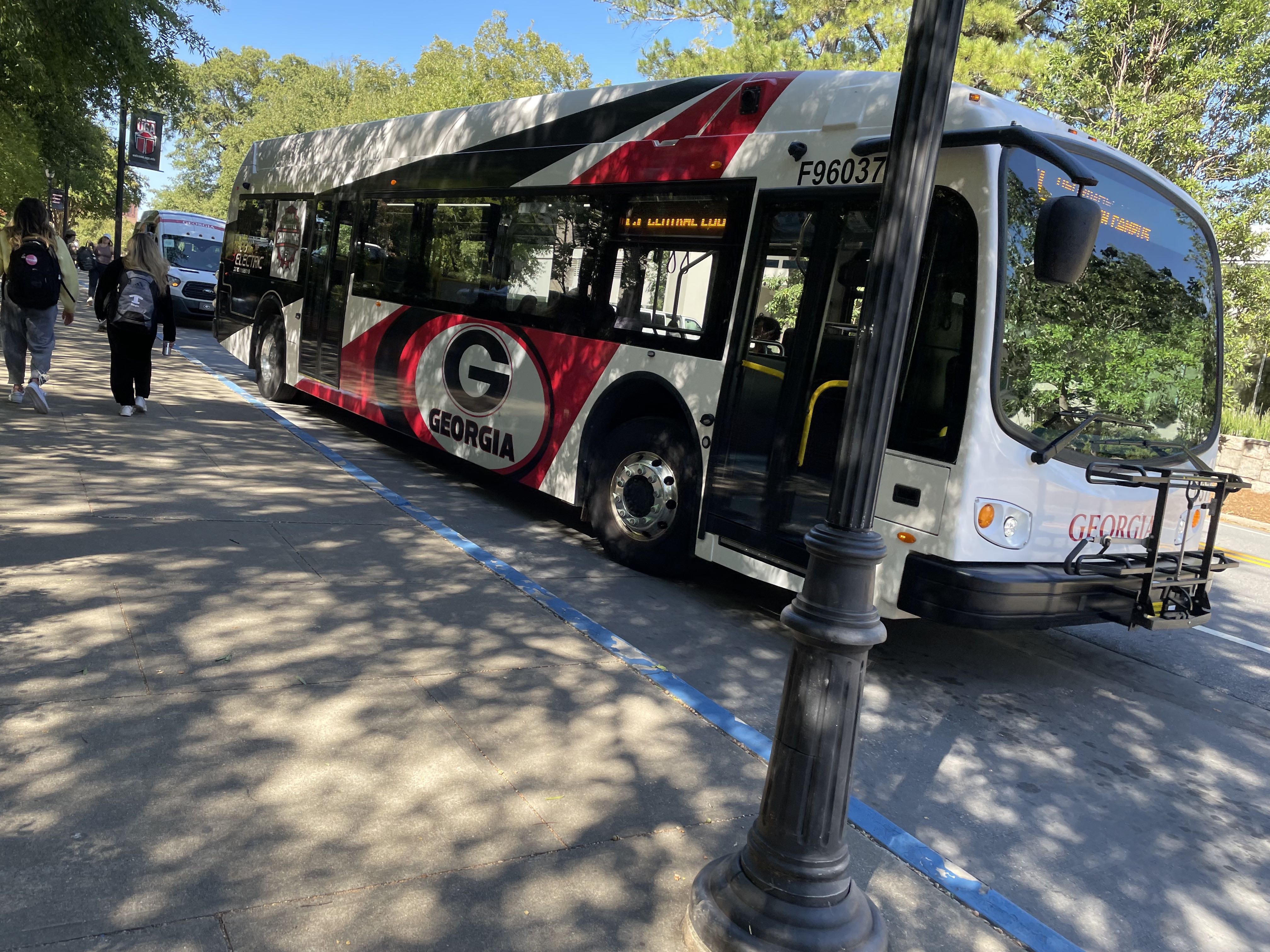 As the clock strikes 8:50 a.m., thousands of students pour out of their dreaded Monday morning classes. For many, the day goes from bad to worse when they see that the bus stop is crowded. Adding insult, seating is limited after the rush of students squeeze through the bus doors.

This scene is becoming more common on campus. With a short-staffed fleet of bus drivers and limited parking spaces coupled with increased demand, students at the University of Georgia often have difficulty getting to and from class on time.

One of the most obvious reasons for this increase in demand is the general trend of the freshman class size yearly increase. UGA has been steadily increasing the number of admitted freshmen to grow the university. This year’s recently admitted Class of 2026 is the largest group yet consisting of approximately 6,200 students, according to UGA Undergraduate Admissions.

About 6 million passenger trips are conducted by UGA buses each year, according to the UGA Transportation and Parking Services official website. With more than 12 routes in operation that reach all areas of the expansive Athens campus, taking the bus is a popular option among students to cover the large distances between classes and other popular locations.

What should be a relatively stress-free commute for students has become a headache as UGA Transportation Services struggle to accommodate the influx of new riders. Not only is a lack of proportional increase to the bus service in regards to enrollment size aching riders, but the buses are also operating understaffed. Fliers hang all over campus advertising the open driver positions.

UGA senior Kathryn Boyle said of the busing issue, “Freshman year the bus system was so easy, and I know that it’s probably just because of staffing and there are not as many buses but I definitely know not to take the bus during class changes because I know I’m not going to get one.”

UGA sophomore Kathryn Bruder has noticed on several occasions that her bus driver left students stranded on a bus as they went on break with no available drivers to pick them up.

The increase in difficulty in timely bus rides leads students down the route of finding a parking pass to bring their vehicles to campus. According to UGA Parking Services, there are 19,000 parking spots that accommodate 30,000 drivers on a daily basis, but it is becoming more difficult for faculty and staff alike to secure a parking pass, resulting in waitlists of thousands of frustrated commuters.

Other campus operations, such as student housing, are also dealing with rapid growth. To help resolve that problem, UGA opened the Black-Diallo-Miller residence center this fall, which adds to the number of beds available for first-year students. But getting those new students to and from class in an efficient manner remains difficult. It’s a problem the university’s transportation service may be wrestling with for many semesters to come.

Gray Jones is a senior majoring in journalism.

The Opioid Crisis: America’s Last Concern, But Happening in Athens

Students Dispersed Around Athens After Numerous Construction Delays at The William

By Richard Banton Both national college greek organizations have withdrawn support from a campus ...

Two Athens students decided to bring their school together one wheel at a time. They did ...

Brumby and Russell Hall Chiller To Be Updated

http://youtu.be/GV11x5GvRF With this month’s record-breaking temperatures, a dependable heating and cooling system is vital. ...