Athens-Clarke County probation officers have discovered a new barrier to their participants’ success. Many of them struggle with undiagnosed learning disabilities.

In September, Chief Probation Officer Dale Allen launched the Phoenix program to address individuals who were failing to fulfill their probation requirements.

Allen acquired Laura Degroot, a social work intern from the University of Georgia (UGA), to run the new program. After less than a month in the office, Degroot identified the symptoms of a learning disability within one of her clients while tutoring him for a driver’s license test.

“I think kind of the epiphany was connecting the dots. Like why are all of these people having trouble getting drivers licenses? And then when my Phoenix person said ‘I think this guy has a learning disability,’ it just kind of clicked in,” said Allen.

Learning disabilities can hinder an individual’s ability to process auditory information in the case of APD (auditory processing disorder) or written text with dyslexia. These disorders bleed into the lives of individuals and can impair one’s perception of physical and social ques, motor skills, communication abilities, organization and memory.

“The term learning disability is a very specific category within special education. The people who have LD have by definition average IQ, but they have some sort of processing deficit that makes learning difficult or expression of learning difficult,” said UGA Associate Clinical Professor of Special Education Dr. Allison Nealy.

Currently, Degroot meets with around 30 or 40 clients, three quarters of which she believes have undiagnosed learning disabilities. Some of her clients have GED’s but cannot read. Others exhibit severe organizational issues or test anxiety. However, Degroot thinks that most of her cases involve dyslexia.

For an individual navigating the probation system, an unaddressed learning disability can be detrimental.

“If you get a sentencing sheet that says ‘these are the things you have to do’ and you don’t understand it but you sign it, you’re already set up for failure,” said Degroot.

According to Dr. Nealy organizational issues also create obstacles to individuals’ success within the system. Many learning disabilities cause severe disorganization and impair an individual’s working memory. This results in losing important documents and missing appointments.

“You’ve got to keep up with your treatment, your appointments, your group, your testing, your probation conditions…. etc. If you have a problem organizing your thoughts, organizing your life, understanding why you’re there, doing what you’re supposed to do. Then I think you have the problem of giving up, getting overwhelmed or just not understanding why you’re there,” said Allen.

Allen’s wife, Kim Allen, was diagnosed with a form of dyslexia as an adult. Because of her husband’s occupation, she is familiar with legal terminology.

However, before she met him, she does not think she would fare well in probation. Kim Allen’s disability makes it difficult for her to learn and read new words.

During her time working at Clarke Central, Dr. Nealy also noticed the social implications of her students’ disabilities. LD students are often prone to shutting down or creating outbursts when they feel overwhelmed or frustrated.

“A lot of times if our kids are pushed or backed into a corner, they have very inappropriate emotional responses. And that can get them in trouble, because they can run their mouth,” said Dr. Nealy.

Without a psychologist’s diagnoses, an individual struggles to receive special accommodations within the court system to address these symptoms.

If probation officers are unaware of a condition, they cannot tailor their program to accomidate it. Furthermore, in order to qualify for legal accommodations through the ADA (Americans with Disabilities Act), an individual must prove their disability “substantially limits one or more major life activities.”

Typically, a learning disability would be addressed between kindergarten and third grade. However, the majority of Degroot’s participants are undiagnosed. Therefore, they do not qualify for program adjustments.

According to Dr. Nealy, public schools are legally responsible for catching and addressing learning disabilities. The state of Georgia implemented Child Fund in 1974 which requires schools to identify children who could have disabilities and refer them to evaluation services.

More recently, a system called Response to Intervention was implemented at the national level. The approach was outlined in the Individuals with Disabilities Education Act (IDEA) in 2004 and developed a universal screening test to assess each kindergartener and then provide additional tests and diagnostics.

Despite the school system’s burden to identify and address disabilities, many students continue to pass through the system unnoticed.

In fact, according to Degroot, most of the clients she sees went through the Athens-Clarke County school system. Clients who have made it into adulthood with undiagnosed disabilities continue to surprise her.

“Things like [dyslexia] where you’re like ‘wait a second, that’s something they catch in elementary school.’ And what’s sad is most of those people are Athens-Clarke county people who didn’t get addressed as learning disabled,” said Degroot.

Kim Allen went through testing in elementary school, and still managed to slip through the cracks.

“I was in first grade and they thought there was something wrong, and so they tested me, but they missed it,” said Kim Allen.

Her disability went undiagnosed until 2013. Kim Allen dropped out of high school, obtained her GED later in life and enrolled in a university before it would be discovered. Finally, in 2013, while pursuing her undergraduate degree, an advisor recommended her for testing.

Dr. Nealy explains that many of these undiagnosed cases involve mobile students who do not stay at one school long enough to complete a diagnosis or who’s diagnostic records are left behind in a transition. Others, like Kim Allen, slimly miss the testing margin that would qualify them for special education.

“Technically, to receive services for an intellectual disability you have to have an IQ lower than 70. But if you have a child that tests an IQ of 72 or 73, they’re still lower functioning, but they don’t qualify necessarily for services. So those kids are really tough because they fall through the cracks,” said Dr. Nealy.

Furthermore, Dr. Nealy points out that in Athens-Clarke County, the percentage of students who narrowly miss the qualification mark is disproportionately higher than the national average.

According to the LDA of America, testing for learning disabilities is a complicated process that spans multiple days and can cost $500 to $2,000. The center’s rigorous diagnostic procedure involves a clinical interview, IQ and memory testing, the participation of a close friend or family member, and an extensive diagnostic review process.

Dr. Katherine Finley, founder of the Athens Neuropsychology and Concussion Center, said testing can entail 4 to 5 hours of consultations plus the addition 7 to 8 hours she spends reviewing and compiling a diagnosis.

“Because of the number of hours involved in each evaluation, the cost really adds up,” said Finley.

The Athens-Clarke County Probation System’s challenge will be finding an affordable and efficient screening and diagnostic process for their clients. Allen hopes to adopt an easily transferable model that he can share with other legal systems throughout the state.

Georgia state probation does not have any sort of screening process in place, said Department of Community Supervision (DCS) employee Beverly Grant. In fact, it is difficult to find other states or counties that have implemented learning disability screenings into their probation.

“I have two kids, both have ADD and learning disabilities, and I kept seeing things in my court that I saw in my kids,” said Admire.

Admire implemented a five question screening process that would then refer individuals at risk for having learning disabilities to LDA WA for further testing. According to Admire, this tool was correct at identifying individuals with disabilities 86% of the time.

Individuals identified with learning disabilities were then directed to a 14-week program that provided skill development and problem solving instruction and cut some of the court based elements out of probation. Typical probation sentences involve judges who create probation terms for each participant. Terms could include benchmarks such as attaining a GED or license. Admire argues that these benchmarks fail to accomidate for individuals with disabilities.

“[Judges] would never tell someone in a wheelchair to get up and walk. That’s what they’re telling these people—to do something they neurologically can’t do,” Admire said.

The program he constructed lowered the recidivism rate in his county from 68-69% to 20-25% for this population, said Admire, at a total cost of $500 per person.

Admire is now retired and unfortunately, his program is no longer part of the King County Probation system. He thinks that this is due to staffing cuts at the LDA WA.

Without intervention programs catered towards individuals with learning disabilities, these participants continue to fail their probation requirements and are ultimately incarcerated. Many of these individuals have been statistically at risk for incarceration from a young age due to insufficient educational intervention.

“It seems like it’s a problem that involves so many systems. So it’s like how can we affect something that a broken system did and then help these people for their future?” said Degroot.

The broken system failed Kim Allen. Without resources like e-readers and vocal typing software, she became frustrated with school and dropped out at the age of fifteen.

“I left because I just could not get it, I couldn’t understand the reading,” said Kim Allen.

According to Dr. Nealy, this phenomenon is not uncommon. Graduation statistics were disproportionate at a national rate of roughly 64.6% for disabled students compared to 83.2% for students without disabilities in the 2014-2015 schoolyear.

Georgia displayed a slightly larger statistical disparity that year with a graduation rate of 78.8% total and 54.3% for disabled students. In previous years such as the 2010-2011 schoolyear, graduation rates for students were even lower with a national rate of 59% and a rate of 30% in Georgia. This phenomenon puts people with disabilities at a further disadvantage.

“So if you think about it, kids are going to do something with their lives, so if they’re not in school and they’re dropping out at 16, they’re getting into more trouble than kids who stay in school and go on to either employment or post-secondary education,” said Dr. Nealy.

A 2003 report found that 11% adults within correctional facilities had learning disabilities compared to a national average of 3% for the general population.

Despite the numbers, learning disabilities continue to go undiagnosed within the criminal justice system. The oversight produces more defendants whose disabilities prevent them from representing themselves adequately and thus more incarcerations.

“Everything in my gut is telling me that it may be a bigger problem than anyone realizes,” said Dale Allen.

Dale Allen is eager to present the learning disability problem but is unable to provide an individual to substantiate it. Unless an individual has an official diagnosis, he does not feel comfortable asking him or her to be interviewed on the topic. At this point in his progress, Dale Allen has yet to get any individual tested or diagnosed.

Strict probation records policies also impeded the search for an individual for the story.

“Our records are not even generally subject to subpoena. That’s how confidential they are,” said Dale Allen.

Without a face to make the story impactful or the resources to research methods of dealing with learning disabilities, Athens probationers are still searching for answers.

“It’s not a well-studied phenomenon. So there’s no protocol A, protocol B, protocol C. We’re kind of flying by the seat of our pants here,” said Dale Allen. 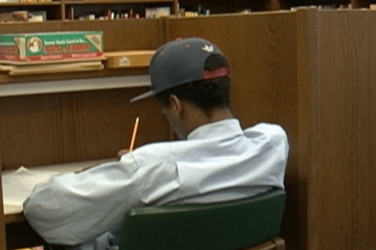 Reported by Tiffany Buck Thirty percent of students in Clarke County drop out of ...

Hateful comments splashed across the Black Affairs Council Facebook page. That’s where it ... 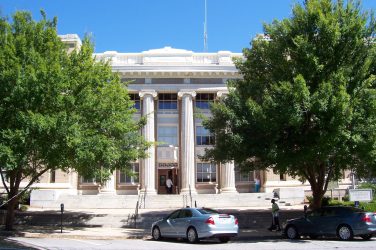