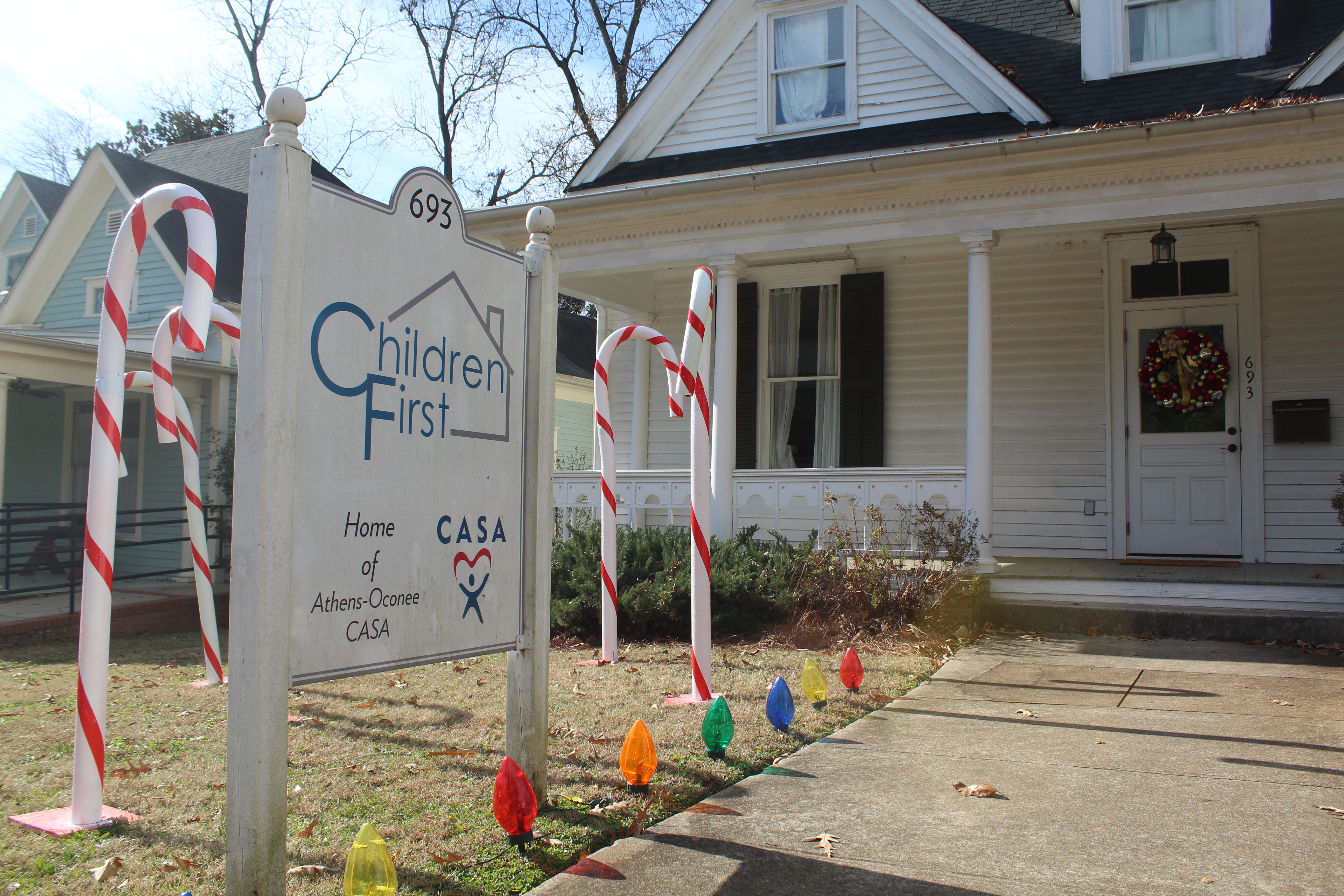 Athens-Oconee CASA (Court Appointed Special Advocates) is a not-for-profit organization which “recruits and trains volunteers from the community to advocate for children in foster care,” according to Arden Bakarich, an advocacy coordinator.

At the beginning of November, CASA swore in 16 new volunteers, who together are serving about 27 additional children, “which is significant,” according to Bakarich.

However, this still leaves more than 100 without advocacy.

Why It’s Newsworthy: In Athens-Clarke and Oconee counties, there are upward of 300 children in foster care. All move through the system, but only about half these children are being guided by an advocate.

Shortly after, on Nov. 5, CASA hosted a Candlelight Vigil to raise awareness for the increasing amount of foster children – around 320 – locally.

“That’s a lot. And unfortunately, we are serving half of them, but we would love to be serving 100 percent,” Bakarich said. “It’s also great to strive to because it is kind of an unrealistic goal, you always have a purpose.”

The greatest obstacle to reaching this goal is a lack of volunteers, due in part to a lack of awareness and willingness to endure the training, not to mention the expected 10 to 20 hours a month of one’s own time.

“This is not something you take on lightly, and we are very clear about that because you are coming in and becoming part of a child’s life,” Bakarich said. “Cases that have CASAs assigned to them get closed faster because there is a person who is able to push things along, prevent things from falling through the cracks.”

Volunteers are trained to guide at least one child through the life of their case, visiting once a month, staying in touch with their teachers, foster parents, biological parents and anyone the child comes into contact with through the process. It is a requirement to stay on with a child for at least a year, or until they find permanency.

“We want to be a stable adult for them, and sometimes the only stable adult,” Bakarich said. “In this field, there is so much turnover. When a child comes into foster care, there are so many new people coming into their lives and those people can kind of breeze in and out.”

Advocates also must provide the Juvenile Court Judges with a written report about the child’s life in order to make appropriate decisions moving forward.

“They’re working in the best interest of these children,” Bakarich said.

November was National Adoption Month, and while the term “foster care” is associated with adoption, this is not always the case. When a child arrives at CASA, the primary goal is reunification.

“You don’t want to sever that family bond because you’d have to go through a process of terminating parental rights. And that’s equivalent to the death penalty in a way because once you do that it’s almost impossible to undo,” she said.

“We want them to go home, we want these families to get better because these parents are working a case plan. They’re in therapy, they’re in parenting classes, they’re in treatment, they’re hopefully trying to get them back, trying to remedy the problem that got that child into care,” Bakarich said.

In other counties across the nation, such as Onondaga, New York, CASA is equipped to serve not only children in foster care but children at risk of entering the system.

“They’re providing services to the children or the parents to prevent that from happening. Sometimes when you do have such a surplus of volunteers, that is something that can happen,” Bakarich said. “I don’t know if that’s something we would be able to do [in Athens], but it would be a great thing to do just to be able to serve more children.”

One of Bakarich’s responsibilities as advocacy coordinator is recruitment, and she said it only works when the organization gets exposure, such as with the vigil last month.

I feel like people are becoming more aware of our organization as a whole which is great because it’s great to be out there in the community. It’s just about putting more effort into putting ourselves out there,” Bakarich said.

CASA is one of four programs under the umbrella of Children First Inc., all of which serve families in crisis. The rest includes Family Time Community Visitation, Safe Care and SPARC (Supportive Parenting and Access Resource Center). While CASA focuses more on the children, the others offer parenting classes, supervised family visitations, etc. All of them work separately but together in the same building.

“All these agencies, a lot of them are non-profits, they run off of grants or government funding, so donations are always helpful, and they can always be put to good use,” Bakarich said.

CASA’s next volunteer orientation is Jan. 8, and training sessions begin on Feb. 7, 2019. People who wish to help but are unable to take on the responsibility of a foster child are invited to help in other ways such as donating items such as diapers, size 3T clothing, blankets, gas cards, coats, hats, gloves and car seats. To reach 100 percent, CASA is trying to raise awareness and needs volunteers to help at events, wrap Christmas presents for the kids, hand out flyers and generally spread the word.

In Georgia, more than 14,000 children were in the foster system as of June 2018. There are 950 CASA programs in 49 states across the U.S. and volunteers will always be needed.

“We are always looking for help. If anyone reached out to us, even if they didn’t want to be a CASA volunteer, I guarantee there’s something around here for them to do,” Bakarich said.

Danielle Bartling is a senior majoring in journalism in the Grady College of Journalism and Mass Communication at the University of Georgia.

UGA Office of Sustainability: A Student-Founded Solution to Go Green

Margaret and Elaine: The Faces Behind Greensboro’s Maggie Lane

A Pop of Pop Culture: See What You Know

From Presidents to Pizza, take this quiz and see how well you know today’s ...

Athens, GA – An Athens-Clarke County judge sentenced a man to 20 years of prison ...