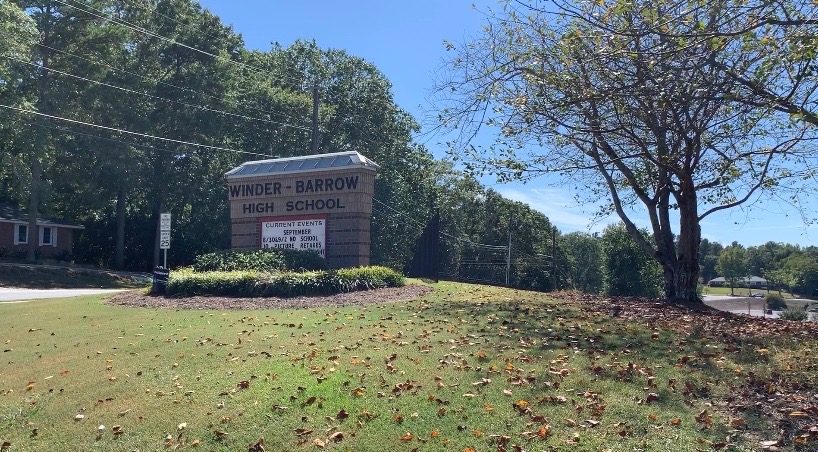 For years, schools nationwide have been facing issues with school safety, bullying and violence within their student bodies. Barrow County School System has been in the headlines following a fight between two students. In lieu of this event, the Barrow County School System is increasing its emphasis on disciplinary consequences. In an open letter statement regarding the code of conduct, Superintendent  Chris McMichael stated they are “highly committed” to creating a safe environment for students, faculty and staff alike.

So, What Is Changing?

Even though the Barrow County School System is not changing its code of conduct, McMichael wrote they are limiting the disciplinary options to, “provide a clear and direct message that these behaviors will not be tolerated or treated with minimal interventions.”

The school system will not tolerate fighting and violence, according to the statement. Students will be suspended for at least a semester with the option of an Alternative Education Program. If the fight or violent action occurs on a school bus, the students in high school and middle school will face suspension from school for at least a semester, while elementary students will only be suspended from the bus.

The statement from Barrow County School System also addressed the issue of bullying. McMichael clarified what the school considers to be bullying, based on the requirements found on Stopbullying.gov. School policy states there must be repetition and an imbalance of power. If a situation is deemed to be bullying, high school and middle school students will be suspended for at least a semester with an option to attend an Alternative Education Program. If an incident is repeated, they will be suspended for at least a year. Elementary students will be suspended for three days after their first case of bullying and additional days will be added if the issue continues.

Finally, the school board emphasized that vaping is not allowed on school property and will lead to disciplinary action including suspension for offenders. They are also implementing restrictions on cell phones. The third time a student is disciplined due to cell phone misuse, they will not be permitted to bring their cell phone or smart watch to school for the remainder of the school year. Due to the fight that occurred earlier this year at a Barrow County High School which was filmed on a student’s smartphone, new measures will be implemented. Students that film and spread such events or private matters will be suspended for at least a semester. The school board recognizes that parents may need their student to have a cell phone. In cases where a student has lost privileges to use a smart phone, they may be permitted a voice only (no camera, access to internet or texting) phone at the discretion of the school administrator.

What is Happening Nationally?

According to the National Center for Education Statistics, in the 2015-16 school year, 79% of public schools reported that they had an incident of violence, theft or other crimes. This totaled up to 1.4 million school-based crimes nationwide.

According to Stopbullying.gov, one in four U.S. students say they have been bullied. Most bullying occurs in middle school. Educators School Safety Network recommends education-based training for more crises than just active shooters.

What is Barrow County Doing Differently?

Grady Newsource reporter Jada Bowman spoke with Barrow County Sheriff Jud Smith about what actions the resource officers will be taking at these schools.

Assistant Superintendent Ken Greene said that while they do not plan to make changes to the code of conduct for this school year, they review it annually in the spring and may make edits for the following year.

Katie Anderson is a senior majoring in journalism at the Grady College of Journalism and Mass Communication.

Lunch Bites: Roundup of the News Over Lunch

Get together with your lunch bunch and munch on Lunch Bites:   When you’re ...

Athens – A Georgia Senate bill is now in a committee this week after ...

This morning, students and staff in Caldwell Hall were alerted of a strange smell ...