Alexia Benavent-Rivera left a part of herself in Mayagüez, Puerto Rico when her family, unable to survive in the declining tourist economy, sold its three-building shopping center, packed up and moved to the United States in the summer of 2006.

Benavent-Rivera remembers bawling at the airport as she said goodbye to her grandparents. Now, 15 years later, as a fourth-year art student at the University of Georgia, she uses the arts to communicate and connect with the people and culture she left behind.

Why It’s Newsworthy: One in 10 Georgians is an immigrant. Another 7% of Georgia residents have at least one immigrant parent, according to 2020 data from the American Immigration Council. For both first and second-generation immigrants or migrants, art and music are forms of self-expression and a universal way to communicate across language and culture.

After traveling around the country looking for work, Benavent-Rivera’s family settled in the suburbs of Atlanta. Coping with the culture shock of leaving Puerto Rico, she turned to art, music and theatre as a safe space.

“I can’t control my environment. I can’t control the people I’m around, but I can kind of express myself in a secret way in my art,” she said, remembering this time.

Since childhood, Benavent-Rivera has always made an effort to include her culture in her art, whether it be drawing the rainforest in second-grade art class or embroidering a jean jacket for National Hispanic Heritage Month this year. She often shares these pieces with her family who live in Puerto Rico and Panama.

“I send (art) to my family who don’t speak English, and it’s really nice that they understand what’s happening without any sort of explanation,” she said.

To get in touch with her Panamanian heritage, Benavent-Rivera designed a traditional dress, called a pollera, with tembleques, which are beaded hibiscus flower headpieces. She took photos and sent them to her grandmother in Panama.

“With my abuelita, sending her the picture of me with the tembleques on,” she said, “I think that communicates to her a sense of pride that I couldn’t really voice to her.”

Fourth-year University of Georgia art student Stephanie Vite uses her art both as a form of expression and as a way to explore her Mexican-American identity.

Vite’s parents and older brother immigrated to the United States from Mexico in 2000, while her mother was pregnant with her. With this second baby on the way, her parents wanted to establish a better life for their children.

As Vite grew up, her parents worked long hours, so she spent a lot of time alone.

“I spent a lot of that time, like, being introspective and looking into myself,” she said. “Instead of being able to communicate that to my family, who wasn’t physically present, I kind of incorporated it into, like, artwork.”

Even now, Vite grapples with difficult feelings through art. As a first-generation citizen and college student, she says she often feels stuck between her Mexican identity and her American identity. Studying and drawing inspiration from other Mexican-American artists helps her confront her identity.

According to 2019 data from the United States Census Bureau, 15.2% of Athens-Clarke County––nearly 20,000 residents––speak a language other than English at home.

University of Georgia language and literacy professor Melisa Cahnmann-Taylor has seen firsthand how art can communicate across boundaries. She recalls her time as a bilingual elementary educator in South Central Los Angeles in the mid-1990s.

“The arts were absolutely essential in working across languages, across Latino and African American communities at the school,” Cahnmann-Taylor said.

Research from the National University of Córdoba and Stanford University has found both visual art and music education uplifts English language learners and helps them develop literacy and communication skills.

While arts-based education benefits English language learners, the arts can be a social or emotional tool for all demographics. A 2015 report from the National Endowment for the Arts found that art and music participation improved social skills and emotional regulation.

“That’s what I find so compelling about the arts,” Cahnmann-Taylor said. “It is a healthy way to channel, to contain various kinds of struggle that come with any lived experience of the human condition.”

As Vite continues her drawing and painting degree, she expresses gratitude for the sacrifices her parents made for her.

“Art is like, known for being like, not a very good pathway for people to take to like, make a necessarily good income,” she said. “Despite them struggling and stuff, like, they prefer my happiness over anything.

Admitting she’s no good with words, Vite expresses this gratitude through art. One of her favorite pieces is a portrait she drew of her father. She remembers his reaction when he first saw the finished work.

“I’ve never seen him happier looking at a piece of my artwork,” Vite said. “He says everything in his face, so, like, just seeing his facial expression was like, enough for me– like that communicated so much.”

Jewel Wicker on the Future of Culture Journalism 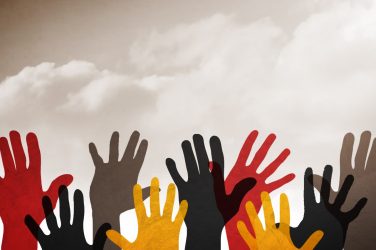 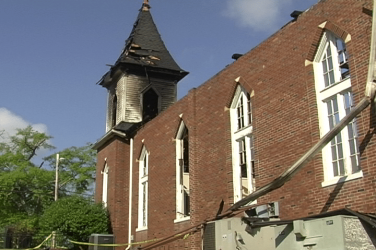