Yet, two women in Athens see this statistic from different perspectives.

Taylor Pender is the president of the UGA Women in Business Organization, and said she notices gender inequality in business as she prepares to enter the workforce.

Janet Geddis, the owner and founder of Avid Bookshop, completed her masters program at UGA in gifted and creative education, and went on to open two branches of her bookstore after graduation. She said she has experienced limitations and challenges as a woman owning a business first-hand.

Taylor Pender, a fourth-year risk management major and president of the UGA Women in Business Organization, is using her leadership role to provide the knowledge and skills members need to face gender-based setbacks that come with a career in business. She said she has noticed an increased appreciation for diversity among major accounting and consulting companies.

As president of the Women in Business Organization at UGA, what are your goals for women involved in the program?

A yearly schedule for WIB consists of at least two to three general body meetings and a social each month. Pender sources speakers from major companies for general body meetings to give a presentation to members. Some recent presentation topics have been “Being Yourself Virtually” and “How to be Productive, Proactive, and Positive during a Pandemic.”

What obstacles are women still facing having a career in business?

What are the main areas of business that your members enter into after graduation?

Where Does Georgia Rank Nationally?

The ninth annual State of Women-Owned Business Report revealed that Georgia ranked first in the nation in growth of number of women-owned firms, employment and revenue in 2019. Oregon, Idaho and Nevada fall directly behind Georgia, ranking second and third. Half of all women-owned businesses fall into three categories: beauty, healthcare and social assistance, and professional, scientific and technical services.

Janet Geddis, the owner and founder of Avid Bookshop, did experience difficulty establishing herself as a female business owner in Athens-Clarke County, but was more surprised by the discrimination and snide remarks she faced when she was traveling.

Was it difficult to establish yourself as a woman in business in Athens-Clarke County?

Geddis said she did not have plans originally to open a bookstore. She instead was pushed into teaching, even though it wasn’t something she was interested in.

Well you’re a woman and you love reading and interacting with people. I guess you’ll be a teacher,” Geddis said.

What challenges do you still face as a woman in business?

How do you and other women who own businesses in Athens combat these issues?

What is a specific scenario in which you have had to validate yourself as a business owner?

Her advice for women graduating with a degree in business or who have a desire to open their own business is to realize that there is more to business than just major tech conglomerates and Fortune 500 companies. She encourages recent graduates to pursue whatever they desire, because success can still be found in smaller businesses.

Carter Anderson is a senior majoring in journalism in the Grady College of Journalism and Mass Communication at the University of Georgia. 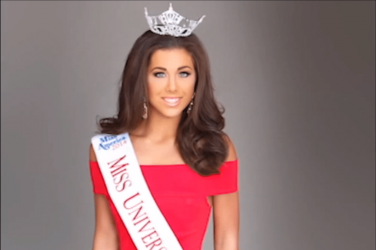 Shannon Wiggins has an update to our earlier report that two Athens landmarks may ... 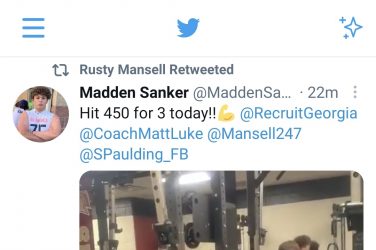 Long before Wes Blankenship was hosting a podcast for the University of Georgia Athletic ...