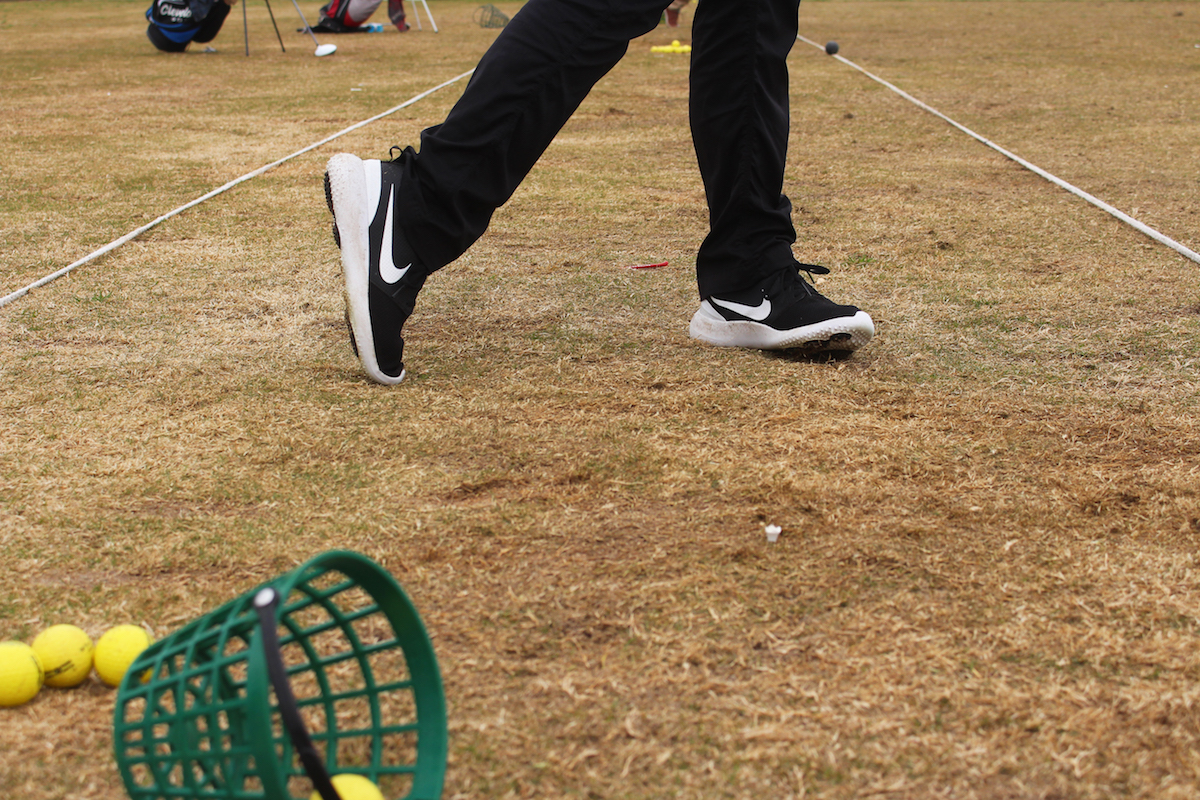 On a stormy Sunday morning, the world sat silently and in awe by their televisions, phones and laptops. Families skipped church for this. Fathers educated their sons through this. Kids planned their lives all according to this single moment.

On April 14, 2019, Tiger Woods won the Masters for fifth time to make for his 15th major win. According to GOLF magazine, the viewership rating on Sunday at the Masters hit 12.1, as millions of people turned on their televisions to watch Woods sink the final putt and hear the crowd roar. This means that 12.1% of televisions that were turned on Sunday morning were tuned in to watch the Masters.

Some may say Tiger Woods is the Michael Jordan, the Babe Ruth, the Jennifer Kupcho of men’s golf. Those who do not recognize that last name are also those who were not glued to the television on April 6, 2019. The day that Jennifer Kupcho was the first woman to ever raise a trophy at the same course that Tiger Woods did eight days later.

Jennifer Kupcho was the winner of the Augusta National Women’s Amateur that was the first tournament ever hosted at Augusta National Golf Club besides the Masters. This was a historical tournament that shaped the game of golf for women, but according to Golf Digest, the viewership rating on Saturday at the ANWA only hit 0.96. That may seem like a low number, but it is actually the highest viewership rating for a women’s golf tournament since the 2016 U.S. Women’s Open.

According to the National Golf Foundation, 24% of all golfers are women. There is skepticism surrounding the reason that just under one-fourth the amount of women as men are playing golf, but one simple reason that could explain this is that women often do not feel as though they are welcome to play.

The game of golf that is played today was created over 500 years ago. It began as a man’s sport and to this day is still greatly dominated by men. In these 500 years of golf, women have tried to join the game time and time again, but have been stopped along their path.

According to Madill Golf blog, one of the first, most notable oppressive actions towards women’s golf was in 1893 as a passionate group of women in the United Kingdom tried to create the first Ladies Golf Union. In order to have as much support as possible, the group’s leader, Miss Blanche Martin proposed their LGU to the top amateur at the time, Mr. Horace Hutchinson. When Martin wrote Hutchinson a letter about the LGU, he responded with two reasons about why this would not work. Hutchinson wrote, “Women never have and never can unite to push any scheme to success. They are bound to fall out and quarrel on the smallest or no provocation; they are built that way! They will never go through one Ladies’ Championship with credit. Tears will bedrew, if wigs do not bestrew the green.” Within a few weeks of receiving this letter, the Ladies’ Golf Union was created and continued to thrive until 2017 when it merged with the Royal and Ancient.

The criticism of women in golf progressed past 1893 to yet another historic remark made by the Royal Liverpool’s club secretary in 1946. According to Women’s Golf Journal, when famous golfer Henry Cotton’s wife requested to come into the clubhouse after her husband’s third time winning the Open Championship, the Royal Liverpool’s club secretary made a declaration to the press. “No woman has ever entered the clubhouse and, praise god, no woman ever will.”

According to The Fresno Bee, seventy-three years later, in 2019, popular country clubs such as the Atlanta Country Club and San Joaquin Country Club still have women-specific tee times. These women-specific tee times are typically on Tuesday or Thursday mornings before noon when the course is usually free of people. Even when country clubs have more lenient specifications, they will often not allow women to play on Saturday or Sunday mornings before noon.

The typical reasoning for gender specific tee times are due to the myth that women cannot keep up in a round of golf with men in terms of time. That myth is dispelled daily as men and women golf together.

While women’s golf is often overlooked, there is still hope on the horizon. The Professional Golf Association’s previous chief executive officer, Pete Bevacqua stated, “The biggest challenge is, I think, the challenge that everyone in golf shares, which is how do you grow this game?” Bevacqua followed this statement with the question everyone has been asking for years, “How do you make this game more accessible and more diverse?”

According to Statista, only 12% of the PGA’s audience in the 2013 regular season was younger than 35 years of age. The game of golf is starting to grow old along with their players, which allows the perfect opportunity for women to leap into the spotlight by getting girls into the playing field.

Supporters of women’s golf have realized this golden opportunity for women to progress in the game, and they are taking full advantage of it. Nationally it really began with the Augusta National Women’s Amateur. Fred Ridley, the chairman of Augusta National golf club, saw this opening for women in golf and announced the ANWA proudly to give amateur women of ages ranging from 14 to 24 the chance to get on the world’s stage and prove that they are just as capable, impressive and entertaining as the men are.

Naila Meese, an avid golfer at the University of Georgia stated, “The ANWA was mesmerizing and inspiring to see girls like me stand up in front of massive crowds at the most famous golf club in the world and perform just as well, if not better, than the men can.” This sentiment was felt by thousands of men and women that watched the ANWA together shocked by how impressive these amateur women are.

This wave of women stepping up in the game of golf is not just on a national level, there are many people and organizations in Athens, Georgia that are driving forces in this effort as well.

The North Georgia Junior Golf league is just one of many youth leagues in Georgia that are getting girls and boys involved in the game at a young age in hopes of growing the game from the bottom up. The North Georgia Junior Golf league is composed of approximately 65% boys and 35% girls. Chris Manzi, the director of the NGJG said, “We started with about 30 to 40 kids and now we’ve probably got total kids, who either do one of our tournaments or play in our league, is nearly 400.” Manzi is sure that leagues such as the NGJG are expanding the game of golf exponentially and giving more girls the chance to join at a young age and take on the strongest competitors as they grow into women in the game of golf.

While there are many organizations and institutions spearheading the women’s golf movement in Athens, there are also many people that are taking on this task. Andi Brock is the first woman on the University of Georgia’s club golf team in five years. Brock has played golf since she was in middle school and continued to play in high school and now is playing on the UGA club team as a first-year student. She understands the gender gap in golf, but is not letting that keep her from doing what she loves alongside all of her male teammates. “It is a bit of a struggle because they [the men on the team] can always, you know, hit it a lot farther than I can, but it’s fine,” Brock said. “I just don’t let it get to me. They’re fun to play with anyways.”

The strides made by country clubs, youth leagues and women’s tournaments over the last few years have been a prominent contribution to the game and gender equality of golf. Women’s golf is progressing with every small effort made and will continue to progress as the youth golfers of today grow into the amateur and professional golfers of tomorrow.

Madi Balfe is a senior at the University of Georgia pursuing a bachelor’s degree in journalism and a minor in communication studies.

Taking Hits in the Classroom: Teaching at the Georgia Preparatory Academy

The Georgia Bulldogs and the Tennessee Volunteers will both go into this weekend’s game ...

The Spotlight on the Arts Festival took place Thursday at Tate Student Center ...