Junior Michael Howard is taking six International Baccalaureate (IB) classes this year at Jackson County Comprehensive High School. His cohort is the first to study this new curriculum after the school became an authorized IB World School in October 2019.

“I noticed that it is a good bit more rigorous,” Howard said. “But, one thing that I was a little bit worried about when I started was the amount of work that it was going to be.”

The programme offers a student-centered approach to learning and the opportunity to earn college credit. Howard and his classmates were introduced to the new curriculum in August amidst a global pandemic. According to Howard, COVID-19 restrictions have changed some aspects of the programme, but being in-person most of the fall semester made the new learning style easily adaptable.

“Unfortunately, we were planning on doing a good bit of field trips that we’re either not gonna be able to do or have to wait till next year. But I guess that’ll make next year better,” Howard said.

Projects in these courses are student-led and are later submitted to the IB in the form of an Internal Assessment to count towards their final college credit score. Howard is currently working on replicating a historical research experiment for his psychology class that he will perform on his own.

“The curriculum that we do often kinda ties across our different classes. So, you know I’m doing a lot more writing in my chemistry class and we’re talking from an English perspective,” Howard said. “We’re tying in our classes a lot more, simply, because we’re taking those classes as a cohort so our teachers can work together.”

The process for joining the IB Programme took about six or seven years to complete. According to IB Coordinator Michelle Golden, they began with feasibility studies in the community and eventually led to a school verification visit from IB representatives.

Starting the curriculum during a pandemic has presented challenges. However, according to Golden, in addition to accommodations from the IB program, county-wide in-person learning made the transition in the fall smoother. This semester, classes will alternate between remote and in-person instruction.

“It’s a constant pivot. It’s constantly like okay what’s changed what can we do this week,” Golden said. “So, we’re able, because the IB did modify their exams this year, to focus a little bit more on what we really need to cover.”

Golden said the depth of learning and student-centered education make this program unique for the Jackson County School System. Jackson County Comprehensive High School is one of 36 programs in Georgia.

I like that there is a focus outside of the classroom as well, because we do acknowledge that students are entire humans that have other interests that aren’t always academic,” Golden said.

IB Film Teacher Alex Nichols is learning alongside his students this year as it is his first time teaching film. Though he studied film at the University of Georgia, he traditionally teaches English. According to Nichols, because the course studies film as literature, he was surprised by the type of students the class attracted.

“The other component of the course is making films. So, what surprised me is how many students were coming from the AV program into the course,” Nichols said. “So, I think that’s really great that we’re able to offer a course that builds and furthers that experience as well, that kind of has that cross-curricular connection that students are interested in.”

Nichols said right now, his students are working on a comparative study in the form of a video essay to submit to the IB and hopefully earn college credit.

“I mean it’s complex and they’re bringing their ideas,” Nichols said. “I had a student talking to me about Marxist film theory today that he’s gone off and researched on his own.”

Jessica Green is a senior majoring in journalism in the Grady College of Journalism and Mass Communication at the University of Georgia. 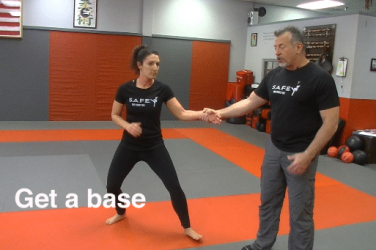 Learn to Protect Yourself from an Attacker

By Madison Keiger Last week, a female UGA student was attacked from behind while walking on ... 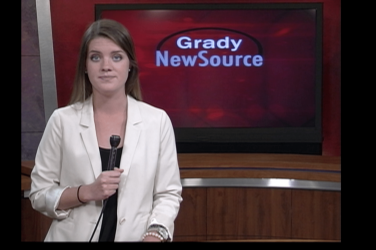