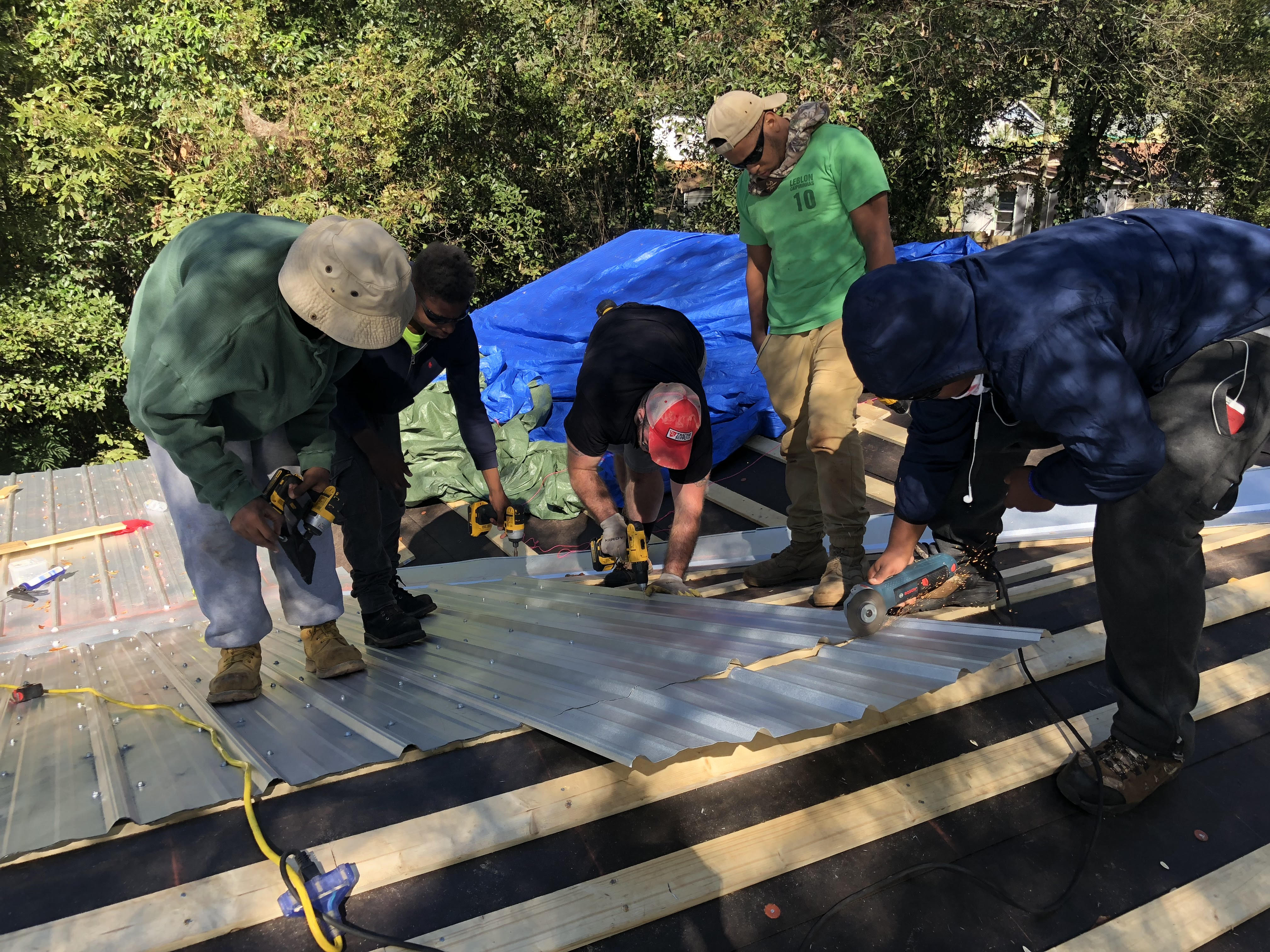 Young Urban Builders, a new program from Athens Land Trust, employs high school students to repair homes that may have title or other issues that keep them from being able to get help from other contractors in the West Broad Neighborhood.

The program was started earlier this year and recently completed work on its third house, one that required a complete replacement of the roof.

According to Athens Land Trust Executive Director Heather Benham, the idea for Young Urban Builders came after taking some neighborhood residents to other communities to see what they were doing. She mentioned the feedback she received was that the ALT homes looked nice, but would stick out with the older homes in the neighborhood.

Athens Land Trust then held an information session at Clarke Central High School and received further feedback that was focused on concerns in two areas: youth employment and fixing up the homes of the West Broad Neighborhood.

“We put together their need for jobs and the residents’ wish for their homes to be repaired and created this Young Urban Builders program,” Benham said.

Why It’s Newsworthy: Young Urban Builders provides solutions to both of the main issues that residents of the West Broad Neighborhood: youth employment and home repairs of the neighborhood.

Young Urban Builders recruits primarily high school students between the ages of 16 and 21.

“Word of mouth is a big deal for us,” Young Urban Builders Coordinator Lawrence Jones said. “We try to spread the word throughout the community, so that we can hire folks that live in the neighborhood.”

They also work with Great Promise Partnership to provide these opportunities for students who are seeking alternative means of education, whether it be through a GED or taking night classes.

Jones mentioned this as an opportunity for these students to make a career out of this.

The state of Georgia requires individuals to work for two years under a licensed contractor before being able to sit for the licensing exam.

“Since I’m a licensed contractor, if these guys stick around with me for two years, they become eligible to sit for the contractor exam, so that’s a concrete goal that these guys can go for,” Jones said.

According to both Jones and Benham, it has been easy to find homeowners that are interested in having these repairs done.

“Once the word got out, people came running as quick as they could,” Benham said. “I think we have a list of about 60 properties right now, so we’ve got our work cut out for us.”

Homeowners in the area are eligible to have their homes repaired at no cost, as long as they meet the income eligibility requirement of 80 percent or below of the area median income.

“The hope is to build up to paid repairs on the others, but we aren’t there yet,” Benham said.

Many of the homes that Young Urban Builders works on have issues that prevent the homeowner from being able to access other programs designed to help with home repair. Normally, it is a title issue.

According to Benham, Young Urban Builders is able to work around those issues by not using federal funding to repair the homes. Instead, they receive funding through a combination of donations and funding from the Kendeda Fund. The Athens-Clarke County government also provides matching funds to the Kendeda Fund.

Athens Land Trust is not normally funded by organizations like the Kendeda Fund, but when one of the program officers came to visit, “she was so impressed with our housing program that she wanted to invest,” according to Benham.

Being a new program, Young Urban Builders also has its struggles.

The initial struggles were training seven kids who never picked up a hammer before,” Jones said.

Benham said the other main issue is not wanting to become a victim of the program’s successes.

“You start making repairs on homes in this neighborhood, and what does that do to the adjacent properties?” Benham said.

To address this issue, Benham said Young Urban Builders works with the homeowners to educate them on their house’s worth and estate planning.

“They get letters all the time over here offering them cash for their house,” Benham said. “But when you look at what’s being offered, where can you go for $40,000 and buy another house?”

Moving forward, Jones would like to see the program grow.

“If there were three or four of me and teams to support that, even two of me and a team, boy, we could really tackle some stuff, and we could do it in a hurry, too,” Jones said.

Benjamin Tankersley is a senior in the Grady College of Journalism and Mass Communication. 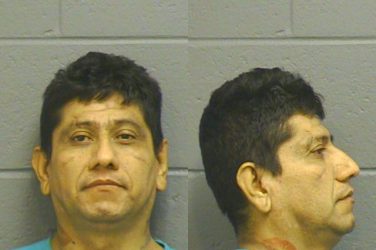 By Abby Jessen Pedro Alvarado, 43, has been charged with aggravated assault and battery ... 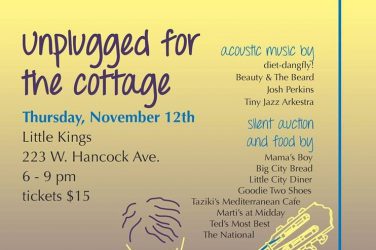 ‘Unplugged for The Cottage’

By Shaunteri Skinner The Cottage will host its annual event to raise funds for ... 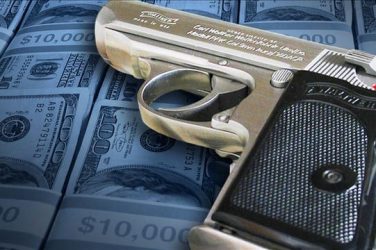 ATHENS, GA — The Public Safety and Homeland Security Committee of the Georgia House ...