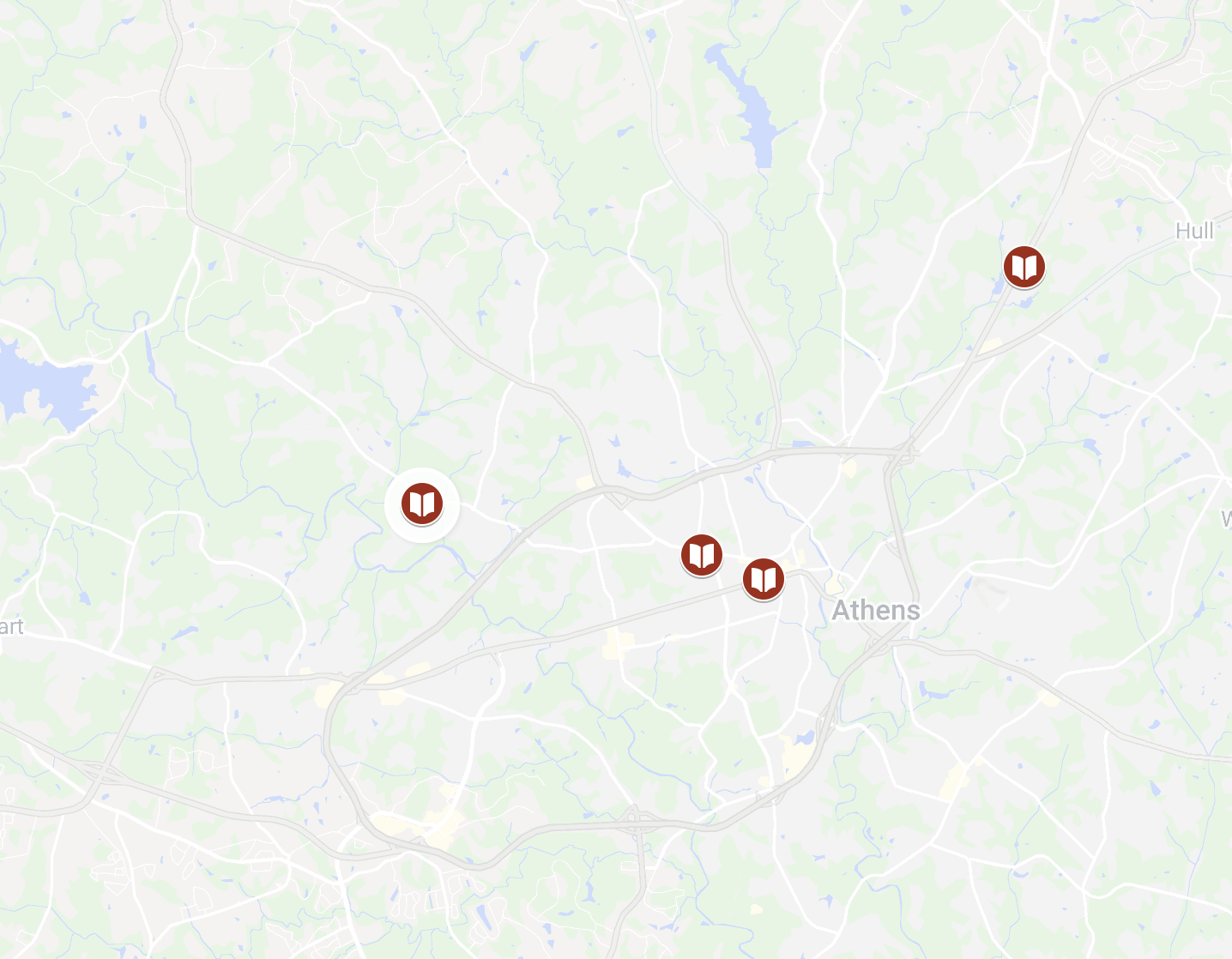 Private schools in Athens experienced both decreases and increases in enrollment before the school year began as they offer in-person classes.

Why It’s Newsworthy: Four Athens-area private schools have managed to keep COVID-19 cases low while returning to in-person classes this year, but have been forced to cope with last minute changes in enrollment.

There have been no reported positive cases of coronavirus at Downtown Academy, Waseca Montessori School or Double Helix.

Athens Christian School has had only two positive cases since the start of their school year on Aug. 14.

Clarke County School District is tracking the number of positive coronavirus cases each week as the school district reopened schools for in-person instruction on Nov. 9. As of Dec. 3, the school district reported 12 positive cases among students and staff on Clarke County school campuses, with 95 others going into quarantine as a precaution, according to the CCSD website. This number is down from the week before, when 14 positive cases were listed.

Many private schools in Athens are choosing to offer in-person instruction to their students, but each school has enacted slightly different practices to do so.

With tents, fans and wireless internet, Double Helix, a STEAM school serving grades three through eight, took to the outdoors.

Her school year started back with sunscreen and bug spray,” said Stephanie Howe, director of Waseca Montessori and mother of a Double Helix student.

“I think that the prospect of more months at home with her parents was scary enough to be okay with the alternative, which was a mat outside.”

The school eventually moved classes back indoors due to inclement weather, but there is still an element of the outdoors present: windows in all classrooms stay open, and the air conditioning and heating stay off. Instead, box fans circulate the air while ionized air purifiers run at all times.  Students bring their own soap and hand sanitizer and are still required to wear their masks.

“Students were not enjoying being hot and sweaty all day long, so at least the building did create a little bit of protection from that,” said Heather Hogan, business manager and administrator at Double Helix.

One teacher with underlying health conditions still chooses to conduct all of her classes outdoors, and is able to teach on the porch on rainy days.

The school has experienced an increase in enrollment as parents seek out face-to-face instruction for their children.

With just 50 students enrolled, Double Helix is a small school that serves a number of children with special needs and learning differences, for whom in-person instruction is the best option.

“We have a lot of kids, you know, just wouldn’t be able to operate in an online system; they have to have that kind of one-on-one care,” Hogan said.

With class sizes between 10 and 14, that one-on-one care the students need is attainable.

Eight or nine students are still on the waitlist for this year, but the school decided to cap enrollment at 50 students this year, which is 10 more students enrolled than last year.

We have probably more students than we’ve had in our history right now,” Hogan said.

Double Helix also chose to go online for two weeks in September when the case numbers rose in the city of Athens as a result of University of Georgia students’ return to campus.

Double Helix wasn’t the only private school in the area that saw a bump in enrollment right before the school year began. At Athens Christian School, a K-12 school with about 540 students and about 85 faculty members, enrollment also increased.

“Our enrollment definitely bumped up a week or two, really I’d say a week or two right before school and right after school, and I think we’ve toured people every week actually,” Head of Athens Christian School Steve Cummings said.

Athens Christian is offering a hybrid option, where students are able to take advantage of either the in-person instruction on campus or the online option.

“There are some students who chose to go online anyway at the beginning of the school year, but I think we had over 90% return in-person,” Cummings said.

At Athens Christian, the emphasis is on maintaining distance. Students aren’t required to wear masks unless they are moving from one class to the next.

Cummings has noticed at sporting events that restrictions at other schools are usually stricter, though at least two of those schools were Atlanta-area schools where positive cases are higher.

Athens Christian has reported two positive cases of coronavirus so far, one was a student and the other a faculty member.

“It’s worked out incredibly well for us, like I’ve said, we’ve been incredibly blessed. Our smaller school environment allows us to do some things, I think, that maybe some large school districts kind of struggle to do, so, you know, I do attribute a lot of the good success we’ve had to that,” Cummings said.

Waseca Montessori School, which serves infants up to children in the sixth grade, has experienced just the opposite: many families backed out right before the year began.

“Montessori, by definition, is a hands-on learning experience, and it does not lend itself well to online instruction,” Howe said.

Waseca has taken into consideration the procedures and guidelines outlined by the Center for Disease Control, the American Academy of Pediatrics, the Department of Health and the Department of Education and Early Childhood Learning, according to Howe.

Children under the age of three do not wear masks, but for everyone else, they are required.

Despite a high power bill, Waseca is also keeping windows and doors open and ceiling fans running. An ionization unit has also been installed in the HVAC systems.

A decrease in enrollment over the summer left the school in a vulnerable financial position, though.

“We are hurt financially. Definitely hurt financially. At the beginning of the school year, we had a large percentage, I would say probably around 15% of our families, that pulled out in the month of July, maybe 20%, it was pretty high,” Howe said.

And unfortunately, a lot of them pulled out days before the school year started,” Howe said.

The school was already fully staffed when families began to back out due to safety concerns. A few families decided to pull their children out because of financial strain from loss of a job. When the Clarke County School District decided to go online, Waseca’s enrollment in the elementary school began to improve, but the enrollment in the lower grades did not see any improvement.

“It’s kind of weird, for us, we’re usually fully enrolled first at the young level and then we fill up at the elementary level as it goes on, and then this year, it was the complete opposite, our elementary program, we still have a waitlist, but not the case for the younger ones,” Howe said.

Students at Downtown Academy Enjoy Fridays off as ‘Wellbeing Days’

Patrick Ennis, Head of Downtown Academy, speaks on the importance of parents’ voices in his school community. Listen here.

Downtown Academy, a scholarship-based private school of kindergarten through the fifth grade, has experienced decreased enrollment, but more intentional one-on-one time with students this year.

In a typical year, class sizes would be limited to about 15 students. This year, however, classes are limited to 10 children.

“By reducing that class size, we automatically were able to reach more families with greater confidence about coming back to in-person classes,” Head of Downtown Academy Patrick Ennis said.

“We thought, okay this is really a great opportunity to really capitalize on our being such a small school,” Ennis said.

To make the most of the delayed start of the year, families were extended the invitation to receive one-on-one instruction with the teachers, allowing the teachers to gain a better understanding of where the children were academically and also allowing for relationships to be built before the year even officially started.

As Downtown Academy kicked off phase one of their plan, parents expressed interest in moving ahead with phase two. After a few weeks, they moved from their Online Plus model, where students attended mandatory virtual class for the first half of the day and optional in-person instruction during the second half, to an alternating schedule, where students came in-person either Tuesday and Thursday or Monday and Wednesday, with Friday reserved as a Wellbeing Day.

Surprisingly, in spite of the challenges and stressors, the students at Downtown Academy are experiencing academic growth comparable with, if not greater than, the growth they would be expected to show had it been a regular school year.

“And you think about, basically five months out of school, that’s probably doing well, because you’re just multiplying ‘summer slide’ by one and a half times,” Ennis said. “Now we’re seeing 90% of our kids are not high risk whatsoever, so we’re seeing some great gains.”

Downtown Academy’s enrollment is down slightly, with a capacity for 60 students but only 47 students currently enrolled.

At Waseca Montessori, there are no shared spaces. Classes no longer use the inside hallways, but come and go through the exterior playground doors. Each classroom has their own bathroom and students are isolated into their cohorts.

With large buildings and shared bathrooms, limiting shared spaces is a luxury public schools may not have.

A smaller student body and the ability to cap enrollment when they are full is another relative advantage private schools might have in coping with the pandemic. An infant room at Montessori can only hold seven children, while the primary rooms, for children aged three through five, can hold 20.

“In a public school, they are obligated to accept everybody within their district and that leaves them with less flexibility. I think that they would say that’s a substantial difference,” Howe said.

The large campus at Athens Christian, where students are spread over 60 acres and several school buildings, also allows for little overlap. Students are split into cohorts here as well. For the one positive case a student had, only three other students had to quarantine as a result of the cohorting.

“I think it would be a burden on a district that has several thousand kids that they’re looking after, so I do think it’s a little bit different for us,” Cummings said.

Madison Davis is a senior majoring in journalism in the Grady College of Journalism and Mass Communication at the University of Georgia.

A Google MyMaps screenshot depicts the locations around Athens of the four schools featured in the article. (Google MyMaps Screenshot/Madison Davis)
NEXT STORY

A Google MyMaps screenshot depicts the locations around Athens of the four schools featured in the article. (Google MyMaps Screenshot/Madison Davis)
PREV STORY

A Faith-Based Electorate: Link Between Religion, U.S. Politics Over Time 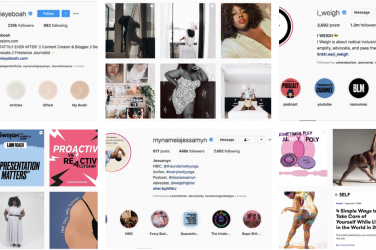 Almost every college student uses social media — 98 percent of them to be ... 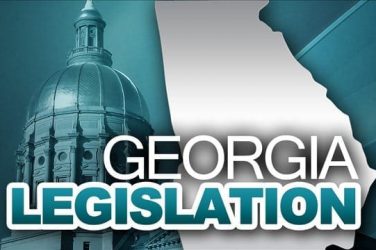 The Quality Basic Education Act was adopted unanimously in 1985. It was a step ... 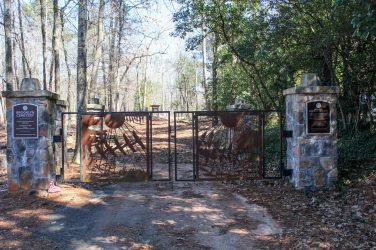