type in your search and press enter
Share
Tweet
Share
Pin
4 Shares
Views: 1,869
Click through the slides to see the story or scroll below.
From 2008 to 2019, almost 27,000 journalists lost their jobs due to newsroom closures. With less people creating content for daily and weekly papers, residents are turning to broadcast and digital sources to inform themselves about their community. 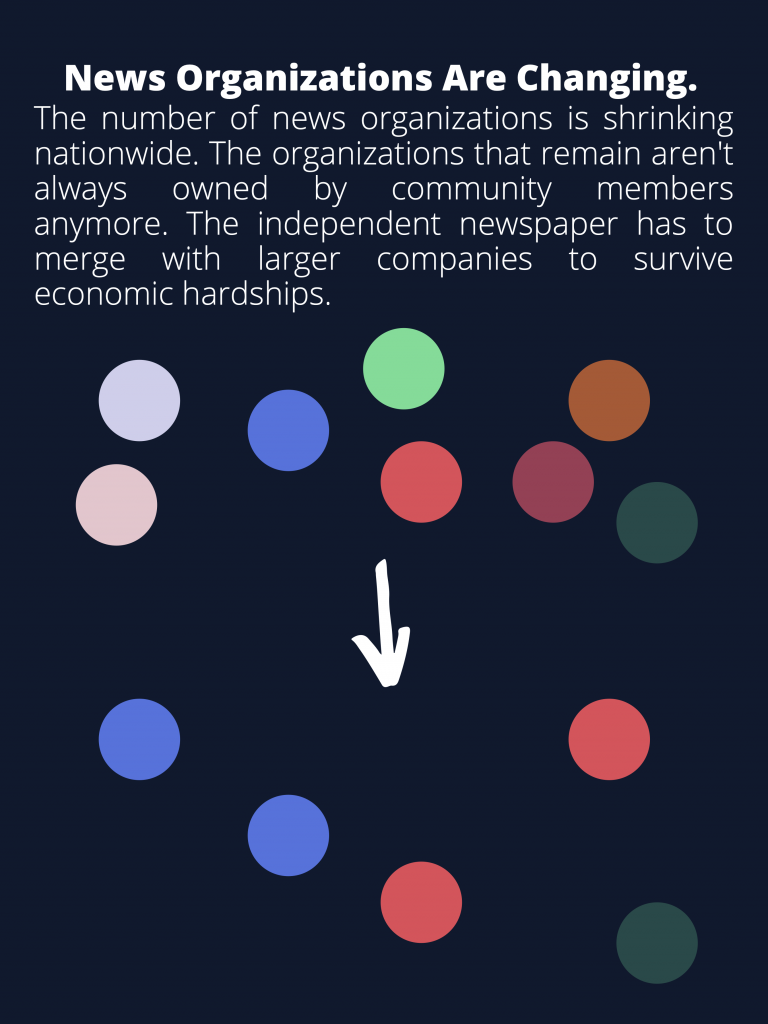 Broadcast news and other radio outlets are trying to fill the gaps. Going forward, the reality of digital and broadcast news is one all counties in the region must face.

Advertising used to be a major source of revenue for news organizations, but economic changes mean news organizations can’t sell as many advertisements. To survive more changes during and after the pandemic, news organizations may have to appeal to different business models and mediums—like digital journalism—in order to survive.

Why It’s Newsworthy: With less local news outlets or outlets that are owned by the same person in Northeast Georgia, the quality of local news needed to make daily decisions decreases.

Penelope Abernathy is one of the leading experts in news content analysis and news deserts across the United States. She began her research after realizing news organizations in her community were struggling economically. According to Abernathy, she considered whether or not big industries buying out local papers could produce local news.

“It kind of started from a notion of there’s a new type of ownership,” Abernathy said. “And the independent newspaper was dying even though historically, it had been the prime—if not the sole—source of news and information for most people living in a community.”

Newspapers From 1800 to Now 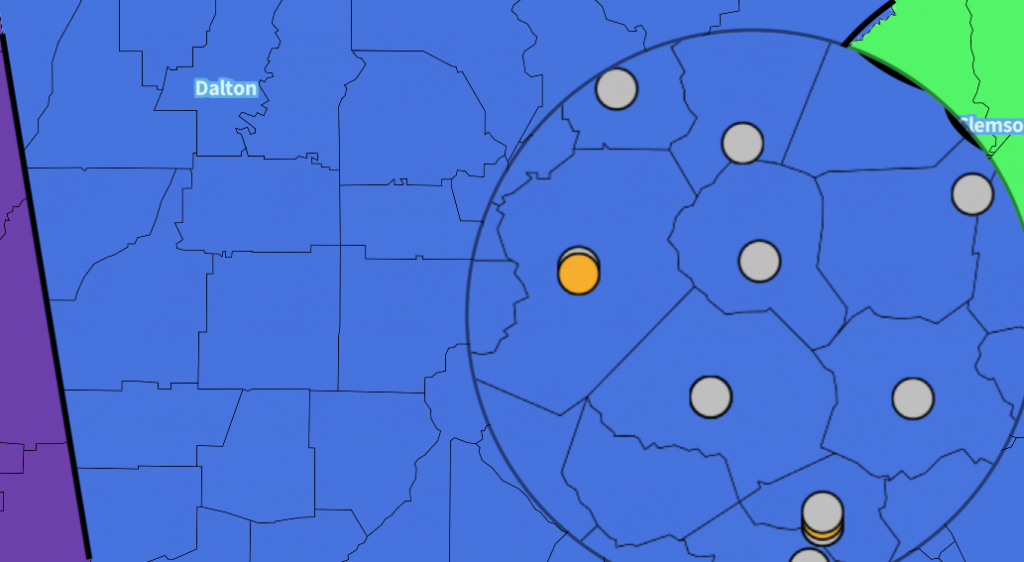 Of the six remaining organizations, five are owned by private individuals. Jacobs Media, a family business, operates Access WDUN, a broadcast station. These are the only organizations where the owner is someone who resides in the local community.

According to news organizations’ websites, Abernathy’s project “The Expanding News Desert” and library catalogues of Georgia’s historic newspapers, this is the development of news organizations in Northeast Georgia from 1800 to now.

Moving Into the Present: Why Has There Been Economic Struggle?

How This Played Out in Georgia

According to Abernathy, “The places that have lost newspapers because of the collapse of the economic business model tend to be much poorer, much older, and have much less access to digital [news outlets.]” 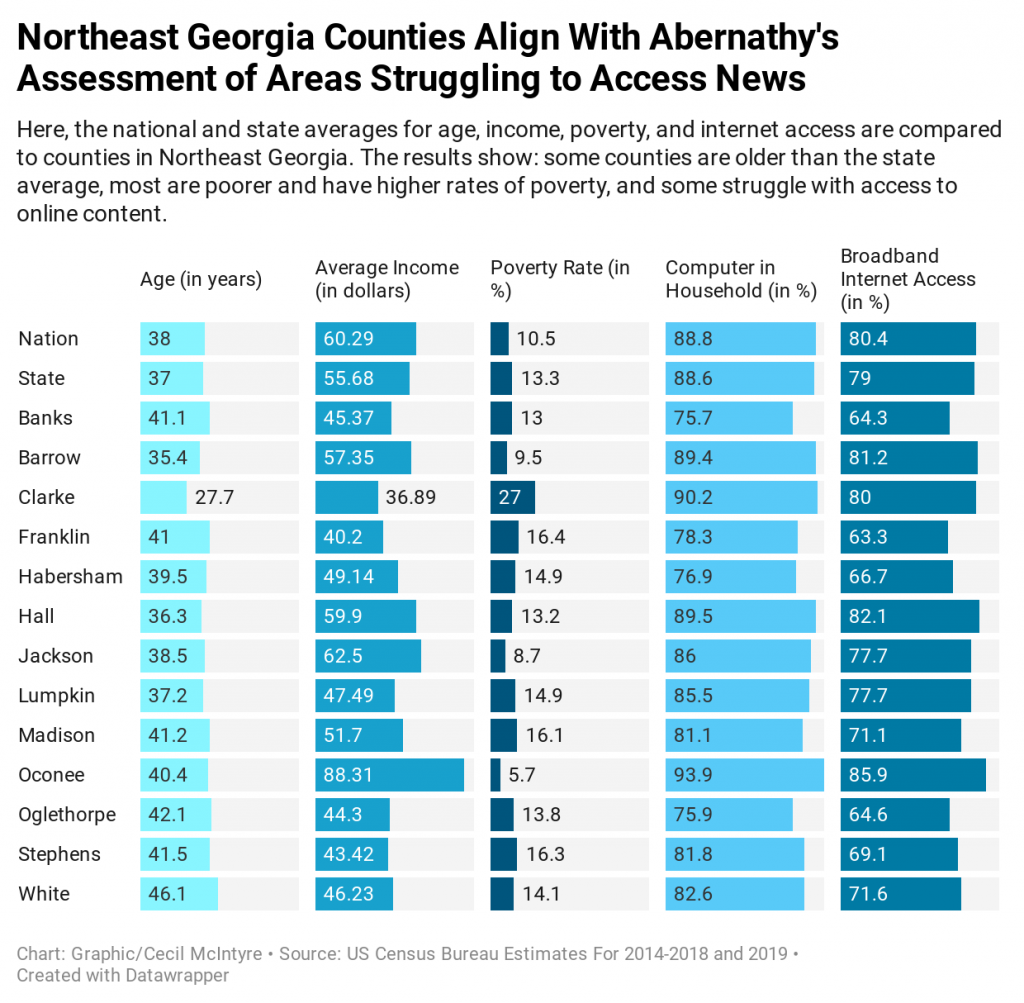 The Effects of Lost Organizations 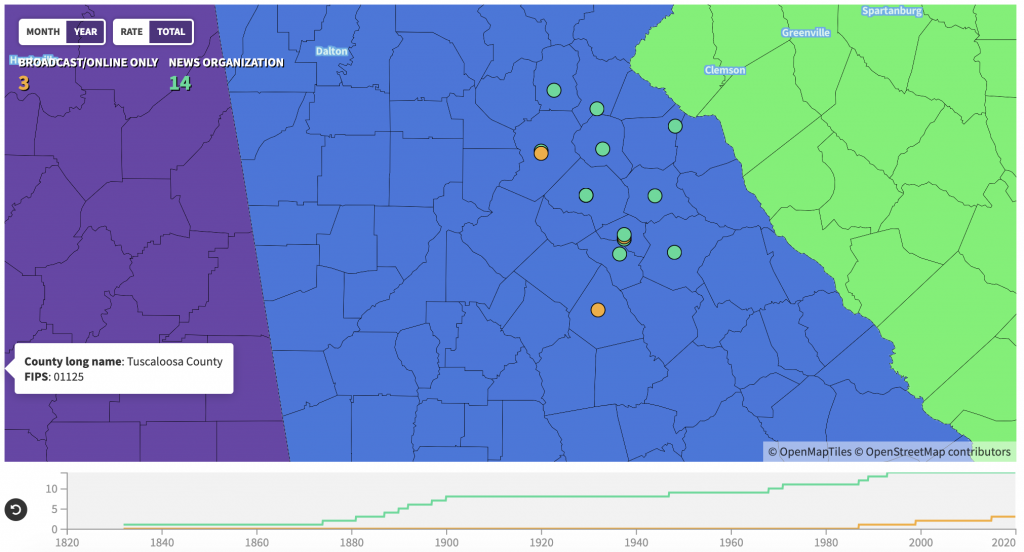 Jacobs Media Corporation owns Access WDUN. The current CEO and president is John Jacobs III. According to Mitch Clarke, the Director of News and Content, Jacobs treats the broadcast station like a small family business. 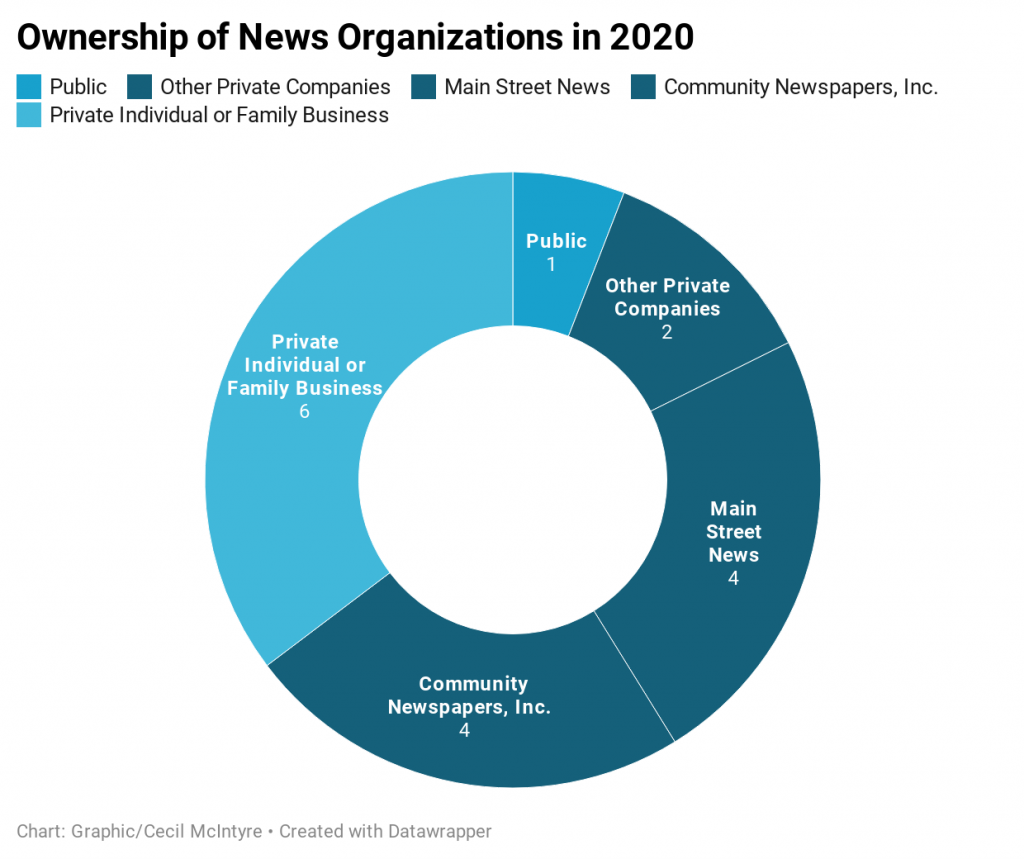 “I’ve been looking at developing business models, especially for local news, for more than a decade,” Abernathy said. “What we’ve seen is that if your news organization is located in a community that has average economic growth prospects or population growth prospects, and you have a publisher or an owner who has a lot of local economy, then they can craft a sustainable business model that will serve the needs and expectations of both residents and businesses in that community.”

Cecil McIntyre is a fourth year majoring in journalism in the Grady College of Journalism and Mass Communication at the University of Georgia.

In Georgia, The Most Dangerous State for Pregnant Women, Policy Change Could Save Lives 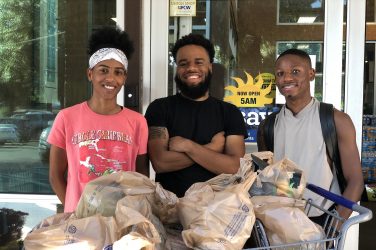 Grocery Shoppers Share About Their Lists, Habits At The Store

Not many people wanted to talk about their shopping lists at the Kroger on ... 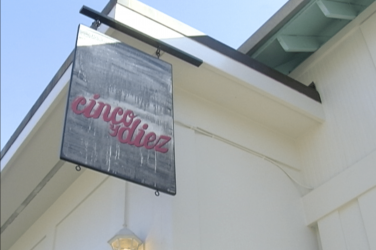 ATHENS, GA- From the same team that has brought Athens, Georgia popular eateries such ... 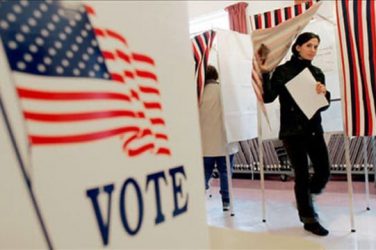 ATHENS, Ga.-There are only a dozen days left until election day and some voters ...