Police have noticed an unsettling trend in recent weeks. The amount of car break-ins has been increasing. Officials said while the actual number of “entering autos” is down year after year, the trend is still alarming because of the increase in windows being broken.

Why It’s Newsworthy: Car break-ins are on the rise, and there are a few key steps you can take to prevent your possessions from being stolen.

Rhett Rodgers is a member of Crunch Fitness on Alps Road, which was one of the gym parking lots targeted. He said this is a recurring issue.

“I actually had my wallet stolen here two years ago,” he said. “My friend also had his wallet stolen out of the parking lot two weeks ago.”

While he said he is still comfortable attending this gym, he said he thinks about it to this day.

It still crosses my mind every time I go to the gym that this could possibly happen again,” he said.

Lt. Shaun Barnett of the Athens-Clarke County Police Department described what they have been seeing.

“We’ve been noticing an upward tick in broken windows,” he said. “Typically, most of our entering autos are done by people entering unlocked vehicles.”

The recent jump at restaurants and gyms has officials reminding residents that they cannot let their guard down.

“Oftentimes there will be a purse, or something of perceived value, left on the seat of a car,” Barnett said. “Whether or not there is anything of value in the purse, they don’t find out until they break the window.”

Officials have offered several key tips to help keep your vehicle and valuables secured. First, they recommend that you do not leave things of value in plain sight when you are not in your vehicle. If you cannot take it with you, make sure it’s hidden. Second, they remind residents to lock their doors when they leave. Officials say that is an easy way for thieves to target their car.

Anything of value you have with you, take with you,” Barnett said.

To help residents remember these key points, police came up with their hide, lock, take campaign.

In a Facebook post, the police posted the reminder to residents to hide valuables, lock their vehicles, and take their keys. These simple steps are what police say can help avoid your vehicle being broken into.

Police urge residents that if they see something suspicious, they should say something by calling them. If you have any tips on the recent break-ins, call Crime Stoppers at 706-705-4775.

Jared Eggleston is a senior majoring in journalism and minoring in public health in the Grady College of Journalism and Mass Communication at the University of Georgia. 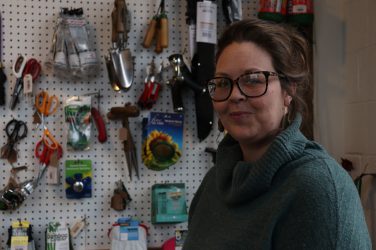 Kate Van Cantfort likes her feet to be in work boots and her face ...

A bill that would allow students to opt out of standardized testing is in ... 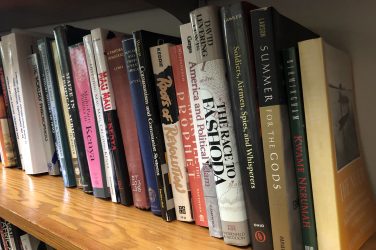