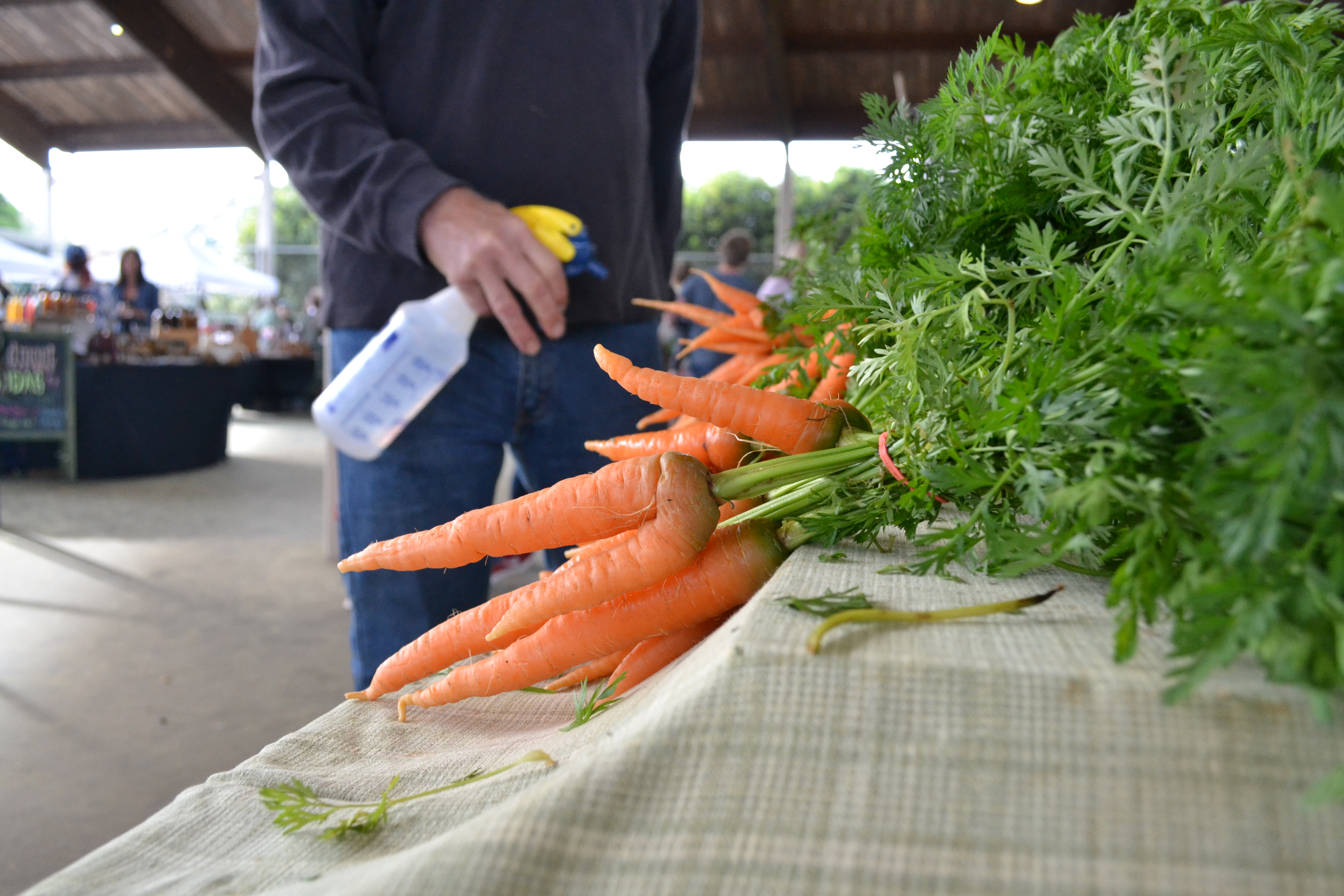 As cooler days begin to last a little longer, the obvious signs of spring manifest themselves in blooming flowers, warmer weather and a higher concentration of runners stretching their legs along Milledge Avenue. In the outdoor eating area at Big City Bread on Finley Street, diners enjoying the mild evening breeze are sprinkled across the courtyard, sipping beverages and sampling the favorites off of the locally-owned restaurant menu.

To arrive at such a peaceful scene, the work begins long before the chefs in the kitchen roll up their sleeves and the canopy of bulb lights is turned on. On the outskirts of Athens, Georgia, sit local farms, where the process of feeding the community begins weeks in advance.

Their processes are punctuated by the hard work it takes to maneuver through whatever variables come. Ultimately, the challenges that they encounter directly impact into the experiences of the men and women that work alongside them within the local community.

Why It’s Newsworthy: Recent fluctuations in the weather have illuminated the challenges that both local farmers and business owners experience as they work together to serve their community.

When It Rains, It Pours

Only 11 miles away from Big City Bread sits Front Field Farm in Winterville, Georgia. Down a road made up of gravel and dirt is an expanse of fields, hoop houses and minimal structures. Jacqui Coburn, owner of the farm, is experienced with the art of adjusting around the unpredictable obstacles of her lifestyle. One of the biggest threats to successful farming cycles is the weather, something Coburn admits can be exhausting to work around.

The higher level of rainfall in Athens has affected her farming processes heavily this spring. According to www.usclimatedata.com, the early months of 2019 saw copious amounts of rainfall; in February, it rained 17 out of 28 days — over half of the month.

The spring is a time for harvest, but this season has been characterized by obstacles from the rain, such as standing water, which can damage crops. On days where it isn’t raining, time working and harvesting must be maximized as much as possible. However, farmers like Jacqui can only harvest their produce so fast without hurting the plants, which causes delays in the overall process.

“Your plants aren’t as robust as they should be, so maybe instead of harvesting off of them once a week, you can only harvest off of them once every ten days, because it takes them a long time to recuperate,” she says.

The planting process begins back in the fall, with the intention of harvesting those same goods in the spring. However, that process has been hindered by the heavy amounts of water that gather in the plant beds of her outdoor fields after a heavy rainfall, thus limiting how many different types of produce can be sustained in the traditional outdoor growing approach.

Jacqui shares in-depth about her experiences in the audio piece below:

Working With, Not Around

Matthew Scott, owner of both Big City and Little City Diner in Winterville, Georgia, shares his experience of working within the community of local farmers to source his restaurants while managing the obstacles that come with it.

Besides being the owner of two restaurants, Scott has to work with the unpredictable obstacles that farmers can face, such as the excess rainfall. Though Little City Diner uses 30 to 40 percent of locally sourced produce, not including meats and cheeses, Big City Bread is unable to do the same due to its larger scale and the expense of sourcing entirely local.

“We definitely feel it,” he says of the fluctuations in product availability due to weather difficulties.

Rather than opting to buy inexpensive supplemental forms of produce, Scott chooses not to buy some produce at all if it isn’t available, due to seasonal issues or weather damage. He buys as much as he can from regionally located farms, Front Field being one of them.

In doing so, he removes the ability to have flexible menu like other establishments. Unlike commercial and chain restaurants, operating in this way additionally removes the luxury of being able to buy low-grade produce at reduced prices and make a profit by marking up meal choices.

Scott’s is not the only establishment that grapples with difficulties that ultimately are part of the trickle-down effect, in which the hardships that affect farmers are bound to affect those who buy or source from them.

Susan and Robby Rigby, co-owners of Oma and Opa Robby’s Market, a colorful grocery store that sits in front of Target on Atlanta Highway, also deal with these variables. The aisles that make up their small grocery store are devoid of green vegetables like kale and spinach that are in season, but are available to them only in limited amounts because of weather damage.

The problem with crops like lettuce, bok choy — they grow so close to the ground, and if they’re constantly wet, so they’re a perfect storm for diseases,” Coburn said. “The softer greens are a lot more susceptible than the heartier greens.”

Due to these factors, quantities of greens are limited for business owners like the Robby’s. In addition, the price of greens has gone from a $12 to $40 per order. To make up for the lack, Susan and Robby make weekly trips to Atlanta to purchase from markets in the city in order to maintain an adequate supply of goods for their customers.

Bok Choy in a Bike Shop

Local farmers and consumers also face challenges when it comes to the simple nature of changing seasons. When it isn’t raining in the spring, farmers contend with the cold in the fall and winter.

From November to April, in which the Athens Farmers Market is closed, a collective called Athens Locally Grown has successfully managed to fill in the gap of available goods for consumers and extra income for farmers. For the last 17 years, this co-op of sorts has been providing another avenue for locals to obtain produce, choosing an unusual nook of the city for their Thursday pop-ups.

Click the slideshow below to get a glimpse into Athens Locally Grown.

In the garage of Ben’s Bike Shop on Broad Street, Mary Songster and a group of other volunteers set up shop every Thursday, filling three separate rows of stacked shelving with heads of lettuce, carrots, radishes, eggs and herbs from local farmers. The goods are delivered directly to the site of the pop-up and go home with paying members of the group only hours later.

The group has been in existence for 17 years, allowing locals to check fresh produce off of their grocery lists even when the farmer’s market is in its off-season. With over 100 local farms as part of the group, it also provides a way for local farmers to maintain an extra source of income with the absence of the Farmers Market.

Several of the farms that sell through Locally Grown also sell at the Farmers Market, such as Sundance Farm, Hickory Hill Farm and 3 Porch Farm. Coburn sells her produce through this outlet as well.

Eating along with the challenges and hiccups of the farming process is a way of life for the local farmers of Athens and the men and women of the community who partner with them, either through collectives or sourcing.

The ebb and flow of changes and challenges for farmers has far-reaching effects. An aspect about the world of farming colliding with the community is that it requires flexibility, relationship and resourcefulness — and a true passion for getting fresh vegetables into the hands of the locals. For Scott, adjusting around these limitations on the part of farmers is part of the structure of his restaurant.

In his eyes, it’s not the easiest way, but it’s the way of integrity. After attempting to source from large scale companies during the first year of restaurant ownership, he’s realized it’s the only way. Instead, he carefully curates a menu that utilizes product he is certain he can get from ethical sources throughout the year.

“There’s a huge difference in the quality of product,” Scott says. “I remember eating spinach when I was a little kid, and when I get good spinach, it brings me back.”

Trying to communicate that concept of eating with the seasons to an establishment with regulars who have staunch expectations is another story, however. For now, rebuilding his staff to work with a consistent menu and buying through local collectives and directly from farmers when he can are the best ways he knows how to preserve that relationship.

His solution for ensuring that the current trajectory of sourcing from farmers remains a sustainable practice citywide?

Sarah Freund is a senior in the Grady College of Mass Communication, majoring in journalism and minoring in English.

JEFFERSON — Without the inmates, the station could not run.

During the two months since the Georgia “Hands-Free” law went into effect, Athens-Clarke County ...