Extremism in our partisan groups is continually dividing America’s public. Differences in political affiliations and general ideologies are driving a wedge between voters and leaving out the middle-of-the-road voter, but we may not be as divided as we think.

What About Middle Voters?

Recent elections and extreme differences in partisan ideology further tensions between American citizens. Fully identifying with Democratic and Republican parties has become more difficult, and some middle-of-the-road voters report feeling left out of politics at the local, state and national level.

Differences across parties no longer reflect mere political ideology, but also disagreements over core American values. Aggressive campaign strategy plays a huge role in influencing the way these political groups perceive one another and behave politically.

One historical example of influencing voting behavior through campaign tactics is through the use of the term “The Silent Majority.” The interactive timeline below tracks its usage in candidate rhetorical strategy. From 1919 to today, we are able to see how this term was weaponized as a campaign tool to mobilize voters.

Traditionally, campaigns have been used to frame candidates and target voters. However, these campaigns are deepening the partisan divide that we face currently in the United States.

According to Haynes, campaigns are “a money making activity” and a way of “cultivating a voter or contributor” in an election.

While these campaigns are necessary for the election process, there are evident social effects on American voters.

While these partisan affiliations may not represent exactly where a voter stands ideologically, it is true that “politics paints people into a corner,” says Haynes. These divisions create a lack of understanding and trust between constituents.

According to recent data from Pew Research Center, both Biden and Trump supporters agree that those who supported the other candidate did not understand people like them. The research shows that only 2% of Biden voters — and a similarly small amount of Trump supporters — claim those who voted for the opposing candidate understand them “very well.”

This misunderstanding between parties furthers tensions and reinforces the distrust between political groups. In another data set from Pew Research Center, most voters were not confident in a smooth transition following the 2020 presidential election.

This disapproval from the opposing parties enables what is called negative partisanship, which is “voting based on the fact that you don’t really love your party or agree with everything your party is doing, but you hate the other party,” says Haynes. Extreme polarizations with how we view each other politically leads many Americans to have an “end of times scenario” attached to the prospect of their opposing party taking office.

The ongoing fight for free and fair Elections by both Georgia Republican and Democratic parties has become a divisive issue that further alienates and polarizes partisan groups. Both parties value the vote, but looking at how campaign strategy influences voter behavior can help unblur the important differences in our divided nation.

Donald Trump and his allies questioned the legitimacy of the elections in Georgia, as well as the presidential election. Georgia’s 10th District U.S. Representative, Republican Jody Hice, is one of Trump’s biggest allies in Georgia, and was one of 126 House members who signed a brief in support of a lawsuit filed contesting the results of the 2020 presidential election.

Hice announced on March 22, 2021, that he will not run for his congressional seat, but run for the office of Georgia’s Secretary of State, instead. Hice will run against Republican incumbent Brad Raffensperger, who last year refused to overturn the election results, even when former President Trump repeatedly asked him on the phone to do so. Georgia’s official vote count can be found through the Georgia Secretary of State’s website.

Free and fair elections are the foundation of our country, which is why I am excited to announce my campaign for Georgia Secretary of State. Together, we can renew integrity and secure our elections. #gapol

Former President Trump has already endorsed Hice over Raffensperger, making Hice the second Republican endorsement against a Republican incumbent in the next election cycle. Trump also endorsed a former White House aide Max Miller, who is challenging Anthony Gonzalez, a Republican representative from Ohio. Gonzalez was one of 10 house members who voted in favor of Trump’s impeachment.

Though the current national spotlight on Georgia elections make the issue of free and fair elections seem new, Stacey Abrams has been advocating these concerns in Georgia for several years.

Abrams became the Democratic nominee for governor in Georgia in 2018 after serving 11 years in the Georgia House of Representatives. She became the first black woman to be named a gubernatorial nominee for a major party in the U.S., and she won more votes at that time than any other Democrat in Georgia’s history, but Abrams did not win the election.

Her loss to Brian Kemp was controversial, and in the aftermath, Abrams founded Fair Fight. Fair Fight is an advocacy group that exposes voting issues and fights against legislation considered discouraging to voters. Abrams’ efforts work to provide voter protection, and to bring easier access to voter registration to minority groups and young voters.

From the Fair Fight about Stacey Abrams page: “After witnessing the gross mismanagement of the 2018 election by the Secretary of State’s office, Abrams launched Fair Fight to ensure every American has a voice in our election system through programs such as Fair Fight 2020, an initiative to fund and train voter protection teams in 20 battleground states.”

Each reason is cited by line so feel free to follow along with the actual text here: https://t.co/CGys8yVkzn #gapol #SB202 1/13

✅ A hotline to report voter fraud

✅ Requiring electors to vote in their own precinct

SB 202, otherwise known as the Election Integrity Act of 2021, has been as divisive as this past election. Among other things, the law requires state I.D. for an individual to vote, and several businesses have made public statements condemning the law, while others decided to pull business out of the state.

Charles Bullock, the Richard B. Russell Chair in Political Science and a Josiah Meigs Distinguished Teaching Professor at the University of Georgia, says the legislation and the public response to the Election Integrity Act are not surprising. He says voter suppression and electoral security are party messages that work to mobilize voters.

Bullock also said earlier proposals of the Election Integrity Act would have been more controversial and points out ways the law actually expands voter accessibility.

The law requires Georgia counties to open two Saturdays for early voting, and they are also allowing the option of early voting on Sunday.

“Again it’s hard to make a case that it’s suppression,” Bullock said. “If by suppression, you mean things from the past, like a white primary or a poll tax. Maybe 3% of the registered voters right now don’t however they have documentation they need, and again, the state will give it to you for free. So it’s hard to make the case that that’s going to keep an awful lot of people from voting.”

Weekend voting could help people with rigid work hours during the week, but other sections of SB 202 are less voter-friendly. There are other criticisms of the new voting hours as well.

“It is true that we didn’t have drop boxes prior to the pandemic,” Haynes said. “So any drop box legislation is an advancement on drop boxes, but the very fact that they are inside and they close at regular working hours actually does hamper people who are working people and can’t take off from nine to five to go in.”

Georgian’s are caught in the middle of the political machine, and now could be arrested for giving water or food to someone in a voting line within 150 feet of a polling location. Only poll workers are allowed to hand off food and water within 150 feet under the new law.

“It was a one-party state, and they had a lot of Republicans voting, and it made it easy for their constituents to vote,” Haynes said. “And then as soon as they lost, while yes, they might’ve made some good fine tuning, but at the same time, they introduced a few things that are questionable.”

Haynes also said some of the initial ideas for SB 202 would have been worse than the finished product, but it could still target African-Americans more than any other race.

“Some of the initial parts of the voting legislation that didn’t make it in the end, still created a narrative that seemed to target black voters,” Haynes said. “That will be remembered even though souls to the polls stayed and was not eliminated, the very fact that someone in the Republican conference tried to do that. I wonder if it weren’t for some of the more moderate Republicans that are out there in more moderate districts, if they hadn’t been there, what would that legislation have looked like?”

Whether individuals view this legislation as an act of voter suppression, the new laws could affect voting behavior in Athens, Georgia. The home of the University of Georgia is in Clarke County, and African-American voters made up less than 22% of the voter turnout in Clarke last year (see voter turnout graphs below).

That 22% is lower than many other counties in the southern state, and Fair Fight says that Black Georgians made up 33% of the 2020 primary electorate.

If the legislation does disproportionately affect African Americans, then Georgia’s District 10 U.S. House seat will likely go to another Republican next election. A Republican has held the District 10 seat for over 20 years, but that likely won’t discourage free and fair voting organizations from turning the college town and the surrounding areas into another political battleground.

Solutions to Break the Cycle

As blurry as the middle may appear between the stark contrast of the left and the right, political communications expert Haynes offers possible solutions to bridging this gap.

She posited in order to depolarize the two-party system, the U.S. government’s approach must be built from two different levels, beginning with organizations, activists and people at the electoral level as opposed to being “on the fringes.”

Her strategy for more free and fair elections is to encourage voters to partake in “semi-open” primaries, where voters do not register for a particular party. This could allow the spectrum of Democrat, Republican and moderate voters to make more of an impact on Georgia politics as individuals.

One way Haynes sees to dismantle polarization is to “elect people that are willing to have internal coalitions,” coalitions that would include both Democrats and Republicans so long as Congress remains competitive. This would allow for healthy competition among groups while still governing effectively.

Haynes stated that candidates who continue fundraising while serving in Congress often maintain power to build their coffers, disallowing for governance and thus heightening tensions.

If the government held a meeting to rein in their practices, much like the framers did when they moved “from the Articles of Confederation to a new constitution,” changes could be made such as the duration of term limits, or perhaps passing laws that prohibit candidates from raising money during congressional sessions. With people being so concerned about staying in power, a term limit could hold them accountable.

The American Psychological Association offers a handful of fundamental ways to manage conversations when disagreeing politically:

Overall, more progressive dialogue between constituents and more helpful conversations among voters could elasticize the middle and erode the polarization of the two-party system.

Alexa Rape, David Velez, George Zeliff, Lily Guthrie and Thomas Brown are a team of seniors majoring in journalism at the Grady College of Journalism and Mass Communication. 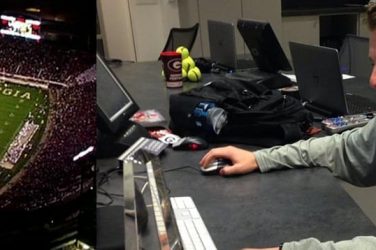 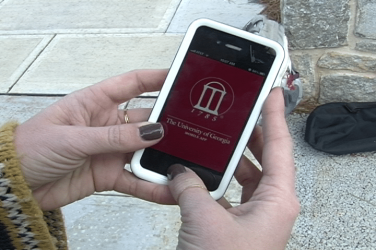 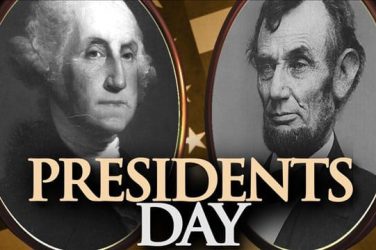 The Evolution of Presidents Day

ATHENS, GA — This national holiday has not always been known as Presidents Day. ...