Before 2008, advertising was a reliable source of revenue for the Enterprise. “We were buzzing along, selling advertising to everyone that walked down the street,” she said.

But, when the financial crisis struck, advertising revenue dried up just as it did for publications across the country.

A Pew Research Center study found that in 2014, almost 70% of all U.S. news industry revenue was derived from advertising.  But, between 2008 and 2018, ad revenue for print news publications fell over 60%.

This issue has been exacerbated by the COVID-19 pandemic: Williams said her paper saw a drastic reduction in advertising last year.

Also as a result of the 2008 market crash, the Enterprise faced a drop in its subscriber base. Williams estimated that the paper fell from over 4,000 to about 3,000 in the course of a few years.

Falling circulation also eats away at the revenue of local papers. In 2014,  24% of news industry revenue came from publications’ audiences. This share includes earnings from subscriptions, cable fees, and reader donations.  But, with the rising popularity of digital news sources, newspaper circulation has been in decline for decades and is at its lowest point since 1940.

After 2008, the Enterprise, which has served Oconee County since 1884, has fought to recover both advertisers and subscribers. Williams explained that though they have seen some success, the paper’s circulation has yet to come back “as it had been.”

Mark Glaser, media consultant and founder of MediaShift.org, explained that innovation is essential for the survival of local news organizations like the Enterprise. He works with the New Mexico Local News Fund to allocate grants through their Local News Revenue Initiative grant program to help fund local publications.

In the course of this work, Glaser consults with news organizations to help them rethink their revenue models. “I think getting creative… really helps these news outlets,” he said.

Though the past decade has been difficult, Williams and her team have found several creative ways to shore up their business model and gradually recover from the post-2008 decline in revenue. First and foremost: the use of Facebook as a marketing tool.

Michael Prochaska has been the editor of the Enterprise since 2016. He is in charge of the paper’s Facebook page. But, it wasn’t until last year that Prochaska discovered what social media could do for the publication.

Prochaska said that in early 2020 he began posting on the Enterprise’s Facebook page much more regularly than ever before. This decision was driven by the onset of the COVID-19 pandemic. He explained, “I was thinking that people staying at home right now… they had more time on their hands, and we really wanted to get more people to read the paper.”

When an issue of the paper is ready for publication, Prochaska posts a low-resolution preview of the front page. “You can read the headline, and that’s pretty much it. You can’t read the actual story,” he explained.

Users who see these posts can easily spot news that might be of interest to them and are incentivized to purchase a paper the next day or even subscribe so they can read full stories.

Prochaska and the Enterprise team have, in recent years, begun breaking news directly on Facebook rather than the paper’s dedicated website. Rather than a visual teaser, Prochaska said he makes posts with “just enough information to have the nuts and bolts of whatever that breaking news is.”

Breaking news tends to go viral in the community, he explained, which has the immediate effect of bringing in new viewers to the Enterprise’s Facebook page and, eventually, new subscribers to the paper.

Williams said Prochaska works to “whet people’s appetite.” And, she says, this strategy is working.

Within the last year, Williams said the Enterprise has doubled its Facebook following, or total page likes, from about 3,500 to its current audience of over 7,300.

Glaser said despite playing a part in the decline of newspaper circulation as direct competition, “there’s a lot that social media can do well for publications if you have someone that’s really on there and really paying attention to it.”

Williams agrees, explaining that Prochaska’s attention to the social media site has been the key to the Enterprise’s recent success on it. She said strategic use of social media has played a major role in helping the paper recover during this difficult industry climate. From its recent low point of about 3,000 copies in the years after the recession, the Enterprise’s circulation is back up to about 3,600.

“That’s not easy to do,” said Williams.

Building on a Strong Foundation

However, Prochaska, Williams and Glaser all agree that despite the benefits of a strong social media presence, a paper’s growth still relies on one thing: quality reporting.

Glaser said, “if you really want to build your business locally, you’ve just got to be there. You’ve got to be in the communities, you’ve got to engage with people, you’ve got to figure out what they want and serve that to them.”

Williams was general manager of the Enterprise for 29 years before inheriting her current position from her mother, the paper’s late publisher, in 2020. In her experience, she said “having the right person in that position to decide what’s going to be covered” is vital to the publication’s success.

Since 2016, she said Prochaska has shown “an incredible sense of what news is and what people in this community are interested in.”

Combining quality reporting with a strategic approach to social media is what Williams attributes to the Enterprise’s recent boom in circulation. “It drives conversation, and it drives people to us.”

Ian Allen is a senior studying International Affairs, Journalism, Entrepreneurship, and Global Issues at the University of Georgia. 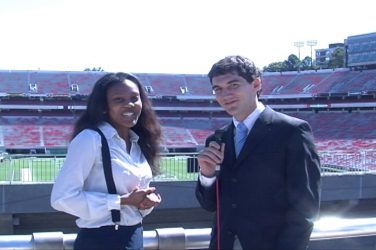 Find out what weather you should expect and who you should watch out ... 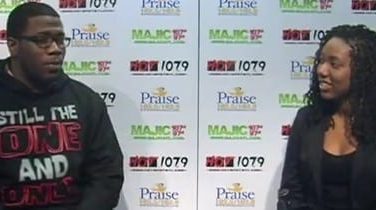 Our web producer for this week, Brittany Chenelle, took some time out to ... 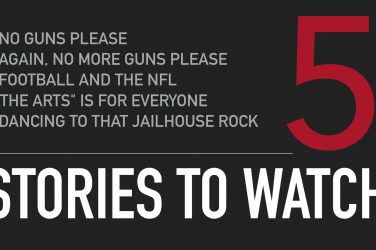 Here at Grady Newsource, it is the LAST class for the Monday/Wednesday news-team. We ...