While people around the world mask up and social distance from one another, the addiction recovery community is doing everything they can to stay close and connected. The increased isolation of the pandemic has made the recovery journey more difficult than ever, according to Katie Pope, outreach coordinator and certified recovery coach at Reboot Jackson.

“I think people are reaching a level of desperation in all of this, you know basically having to be in solitude, in isolation and they need something to make it stop,” Pope said.

Reboot Jackson has been providing peer support and resources to people impacted by substance use since 2018, and Pope says they’ve been busier than ever since the pandemic.

Why It’s Newsworthy: While reducing the spread of the coronavirus through social distancing and virtual events is vital, these restrictions have taken a toll on the recovery community, where personal connection is everything.

“We have found higher overdose rates, higher suicide attempt rates, and we’ve definitely seen numbers on an uptick since the pandemic and everyone has had to stay home,” Pope said.

The Opposite of Addiction

The leaders and members of the recovery community are all in agreement: connection is the opposite of addiction.

That sense of community is what gave Athens resident Jamie Talluto the strength she needed to start her own recovery journey.

“I could sit in my room all day long and try to figure out by myself how I was gonna not drink. But until I got into a community of people who were doing the same thing, I wasn’t able to do it. As much as I prayed, as much as I wished it away,” Talluto said.

Read More
For more Grady Newsource coverage on substance use and recovery, check out An Inside Look At Addiction Recovery Stigma.

Now five years into her recovery, Talluto still relies on those connections amidst the isolation of the pandemic.

“A huge part of us staying sober is our connection with each other. So because we didn’t have that connection a lot of us were struggling. Isolation is not a good place for people struggling with addiction,” Talluto said.

Maintaining those connections while adhering to social distancing guidelines has proven difficult, and the online meetings have garnered mixed reactions.

“Being on Zoom meetings you lack that connection of a hug or being face-to-face to someone so it definitely takes the wind out of the sails of it,” Pope said.

Though the virtual meetings may not fully compare, Talluto is certainly grateful for them.

“I remember my first Zoom meeting I did, and it was after a couple weeks of not seeing any of my friends and I cried the whole meeting. I was so happy,” Talluto said.

Jeff Breedlove, chief of communications and policy at the Georgia Council on Substance Abuse, said that their Zoom meetings have struck a chord with people despite a rough start.

“We didn’t know what we were doing, and we got Zoom bombed, and there was all this terrible and gross stuff and we thought ‘well, that didn’t work.’ But people were like, ‘when’s the next one?’ So we had a next one. And a next one,” Breedlove said.

Jackson County and Beyond

Reboot Jackson opened its doors in 2018 because they saw a need — one that Pope described as a lack of other support networks as well as a high instance of substance use.

“It’s a pretty broad spectrum here. We have medication problems, heroin, methamphetamine, pretty much any of the substances, you’ll find them here,” Pope said.

Despite the shutdowns that accompanied the pandemic, Pope said there’s been little effect on the availability of substances and someone to get them from.

“I wouldn’t say the pandemic really put a stop to people going over to other people’s houses or to hot spots where you do find those substances,” Pope said. “Usually nothing stops that.”

Unfortunately, this trend isn’t unique to Jackson County. Breedlove said the Georgia Council on Substance Abuse has seen an increase in calls to their CARES Warm Line, a phone line operated by and for people in recovery, since the pandemic.

“The numbers have spiked consistently at 75% mathematically higher from March to the same correlating month last year. Calls are up. That’s just a fact,” Breedlove said.

Not only are calls becoming more frequent, Breedlove said callers are expressing higher levels of anxiety, stress, and fear than before.

Report after report, staff meeting after staff meeting, they’re talking about the intensity of the calls getting worse and worse during COVID,” Breedlove said.

Cassidy Hannon is a senior majoring in journalism in the Grady College of Journalism and Mass Communication at the University of Georgia.

How Flu Vaccine Can Help The Fight Against COVID-19 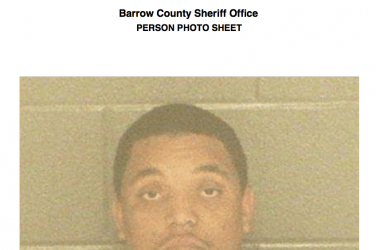 WINDER, Ga. — A 25-year-old man is being held at the Barrow County Detention Center ...

This week, Barrow County Board of Education met and voted on changing the start ... 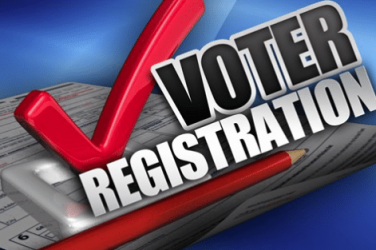 Tomorrow is the final day to register to vote in the Non-Partisan General Primary and ...