Daylight saving time has just ended and, like many Americans, you may have used that extra hour to sleep longer.

While this may help you feel more productive and alert Sunday morning, research shows that the end of daylight saving time can negatively affect your mental health between November and March.

Shorter, and not to mention colder, days tend to bring increased feelings of unhappiness and weariness. But you are far from alone. In fact, this is a disorder, fittingly called SAD, short for seasonal affective disorder.

According to the Mayo Clinic, SAD is a type of depression that makes you feel more tired and moody during the start of fall and continues into winter, which affects more than 10 million Americans.

Signs that you’re suffering from SAD include, but aren’t limited to, more frequent periods of fatigue, change in appetite, difficulty concentrating, increased irritability, and decreased energy or social levels.

But there are ways to relieve these symptoms.

While the days are shorter, using what time you have outside can brighten your spirits. According to Harvard Health Publishing, sunlight not only improves vitamin D levels, it makes you happier.

So you might want to wake up a little earlier to spend time outside before work or class, or beat the clock by heading outdoors before the sun sets in the late afternoon.

If you can’t realistically get yourself outside often, you might try spending time around a light box. According to the Mayo Clinic, this light therapy is meant to cause a change in brain chemicals linked to your mood by mimicking outdoor light.

Some of us love it, some of us hate it, but it benefits us all. According to researchers, exercise raises serotonin in the brain.

Serotonin, sometimes referred to as the “happiness hormone,” is a chemical found in the brain that is thought to play a role in your emotions, among other things.

Mayo Clinic states that decreased levels of serotonin might play a role in SAD.

So, exercise increases these levels in your brain, resulting in a mood boost and an overall sense of well being, especially if done regularly, as stated in Healthline.com. You may even want to combine this with your outdoor time, which can result in improved self-esteem and mood.

It seems common to have a problem—not falling asleep early enough and then not wanting to get out of bed. According to Sleep Health, more than 70 percent of Americans report that they are sleep deprived.

Feeling grumpy and irritable after one night of poor sleep is normal, but Better Health warns that long term sleep deprivation has severe effects, as sleeplessness and mood disorders are closely linked.

While you may experience an increase in negative moods, constantly not getting the recommended seven to nine hours of sleep can lead to a number of chronic health issues.  Whereas getting enough sleep gives your brain the time to process your emotions so that you may react appropriately.

It gets dark outside earlier so that should help you fall asleep, but the American Academy of Sleep Medicine recommends establishing a bedtime routine and getting out of bed if you don’t fall asleep after 20 minutes.

The Mayo Clinic also recommends talking it out.

The Mayo Clinic says this form of therapy can help you change the thoughts and behaviors contributing to your worsening mood, learn how to manage your SAD and how to control stress in your life.

Be sure to consult your doctor to see how SAD and these recommendations could affect you.

Wangechi Warui is a senior majoring in journalism in the Grady College of Journalism and Mass Communication and international affairs in the School of Public and International Affairs at the University of Georgia.

The Lead: Michelle Baruchman On Moving Cross-Country For Journalism 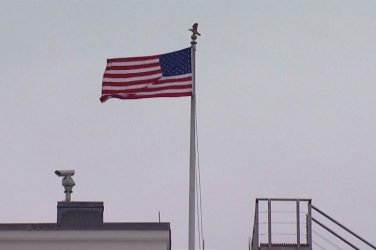 President Obama spoke for a second time since the bombing in Boston. Obama ... 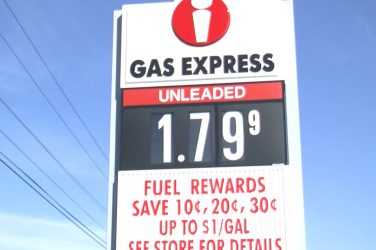 Copy of Transportation Bill to Raise the Cost of Gas

One Georgia House Bill is looking to raise one billion dollars to improve transportation ...

The 2018 CURO Symposium is a two day event taking place at the Classic ...