Nearly $135 million was spent on lobbying efforts for the United States agribusiness industry in 2018, according to The Center for Responsive Politics.

Less than one percent of that amount—approximately $1.73 million—was spent specifically on poultry lobbying.

Yet, as one of the largest food processing industries in Georgia, the chicken industry continues to be on the rise.

The self-proclaimed poultry capital of the world since 1995 averages 30.4 million pounds of chicken, or 10 million chickens, daily, according to the University of Georgia Poultry Science Department.

Pilgrim’s Pride, a poultry processing plant in Athens-Clarke County, is one of the largest employers in the county.

“They’re providing good jobs to a very diverse group of people,” said Mike Giles, president of the Georgia Poultry Federation. “And then when you look at the county, they’re one of the largest ratepayers for water and sewer, which helps the overall system.”

The processing plant is a large consumer of Athens-Clarke County utilities and pays more into the system than the average consumer, Giles said.

“[The Georgia Poultry Federation] includes poultry growers, poultry processors and allied industry, the companies that provide good services to the poultry industry,” Giles said. “Our main purpose is to do government relations, to represent the poultry industry and state legislature, and when there are, you know, regulatory issues at the state and federal level.”

Giles said the federation monitors all agribusiness legislation. Although it might not be directly related to poultry, it could affect the industry.

“But the main thing we do is we try to be a source of information for legislators. So really, the best way to do that is just to be there every day,” Giles said. “So they know you’re somewhere in the building if they have a question about poultry, they can track you down.”

Brandon Hembree, a lobbyist at Massey Watson and Hembree LLC in Atlanta, sees lobbying as engaging policy makers in a greater conversation about an issue.

“So I see that is kind of like a form of public service or being involved in the discussion around policy,” Hembree said.

Whereas Massey Watson and Hembree LLC are a contractual firm and represent multiple clients, Giles solely represents the poultry industry through the trade organization.

“Being a lobbyist and working for multiple clients, that really appeals to me. But the thing I have found is that because I’m focused on so many things, I can’t be an expert on anything, really,” Hembree said.

The Georgia Poultry Federation is one of the many clients of Massey Watson and Hembree LLC. Its diverse client list includes Comcast Cable Communications, Gwinnett Public Library, Stables, and Bank of America.

Last year, the Georgia Poultry Federation asked to introduce a piece of legislation which would clarify a Georgia law regulating ammonia emissions in poultry houses.

Ammonia is a natural chemical that is released when animal excrement is breaking down.

“It’s part of nature. And it’s not an emergency release. It’s not dangerous for anybody, but technically speaking, you’re releasing ammonia,” Giles said.

Because ammonia is released every day, Giles and the Georgia Poultry Federation argued it was not an emergency, but rather a burden for farmers to report constantly.

Before its introduction, Giles discussed the significance of the bill to the state agency charged with regulating air quality, the Environmental Protection Division of the Georgia Department of Natural Resources.

There was no opposition.

The law was clarified to exclude farm releases from emergency emissions and to mirror the federal law.

United States poultry production is expected to rise 2% to a record 19.7 million tons by the end of this year according to the United States Department of Agriculture.

That’s nothing new; poultry production has been steadily rising.

Even with lobbying spending increasing at such a rate, it is a fraction of what similar industries spend.

It is not only protecting the poultry processing industry, but research programs like the University of Georgia College of Agriculture and the USDA Agricultural Research Service.

“And then I guess, lastly, everybody has to eat,” Giles said.

Taylor Morain is a senior majoring in journalism.

How to Beat the Daylight Saving Time Change Blues

Program In Jackson County Provides Mentorship To Kids In Need 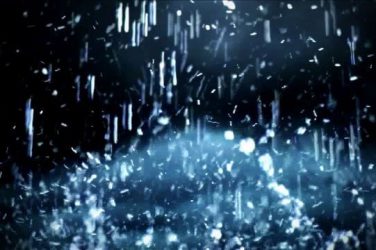 Athens, GA. – Today’s rain, and the showers you’ll see tonight and tomorrow will ... 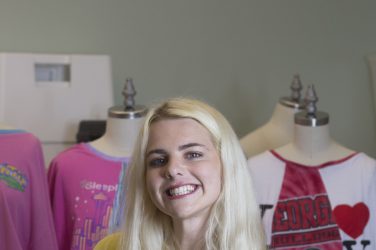 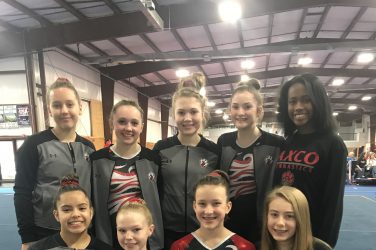 Nine girls from Jackson County are now able to represent their school outside of ...