You won’t see his act at the local fair but reporter Lindsay Tuman introduces you to a man who is determined to make the sport he loves, just one more pick up game at your backyard BBQ.

Let’s get right to the point.

It’s not the typical hobby, but impalement artist Brian Shields says, “It doesn’t matter if it’s raining or snowing, the only thing that will make me go in the house and stop throwing is lightening.”

By day, he’s an engineer. But by night Shields is a knife thrower.

It seems unbelievable, but he’s part of a growing community of people all with the same passion.

Shields says, “There’s various organizations around the world and around the country, but it’s a very small community right now.”

His passion follows him everywhere, even at dinner he thinks about that bullseye. According to Shields, “Outback Steakhouse has the best throwing knives.”

He really wants to get the word out about knife throwing and start getting people around the area more involved in the sport. He’s even willing to show up at your house with all the equipment to teach you. If you’re interested in any lessons or information, you can send him an email at knifethrower49@yahoo.com. He also has a listing on Craigslist.

Captains In The Community

The temperature outside has been rising, but it’s been getting a lot hotter for ...

There are a few things within your web design which make it stand out ... 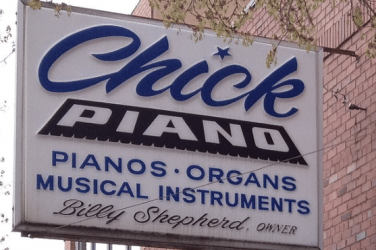 The Golden Pantry recently celebrated its 50th year of service in Athens. However, what ...