A 1% sales tax is being implemented once again in Athens-Clarke County after a Special Local Option Sales Tax was approved by referendum on Nov. 5, 2019.

This most recent SPLOST—to fund a set of construction and improvement projects—was approved by 78 percent of the nearly 9,000 ballots cast, which is about 12.5 percent of the eligible voters in the county.

Why It’s Newsworthy: Sales taxes impact every purchase made in Athens-Clarke County, and the projects to be funded by this tax will push the local community into the future while creating jobs and expanding the local economy.

The 2020 SPLOST has many measures that directly impact the future of work in ACC. One idea behind this impact is the hope that SPLOST upgrades and beautification to ACC will attract more young, ambitious entrepreneurs and business people alike.

Marilyn Wolf-Ragatz is one of the two citizens from Clarke County District 10 invited to be a member of the Citizens Advisory Committee. In her mission to help advocate for the wants and needs of Athens citizens, Wolf-Ragatz also dedicated weeks of work to help the 2020 SPLOST vote pass on Nov. 5 in support of modernization and improvement projects for the future of Athens.

“Athens wants to move forward, and we’ve got a lot of young people here with great ideas that we want to listen to. As a local government, we don’t want to rely on the way things have always been—we want to upgrade everything in order to make it a pleasure to live, work and visit here,” said Wolf-Ragatz.

The total estimated costs for the 37 approved projects is $314,303,300, with tasks ranging from improvements to Bear Hollow Zoo to an affordable housing overhaul.

Classic Arena in the Classic City

While each of  the 37 SPLOST projects aim to make city-wide improvements, the Classic Center Arena Project is predicted to significantly help citizens “future of work” wise.

The Classic Center claims that the project will stimulate the economy by creating over 600 jobs through tourism and hospitality—now one of the leading industries in the United States.

According to the ACC Unified Government, “This project will provide funding for the design and construction of a new public assembly facility/arena space and related areas to accommodate a permanent seating capacity of approximately 5,500.”

“The Classic Center is the one that will bring in most immediate money once it’s finished,” said Wolf-Ragatz. “Originally, the Classic Center was built through SPLOST package Number 5 in 1999, and now it’s brought in all these conventions—which means hotel profitization along with restaurant, bar, entertainment, and university attention as well.”

Currently, the Classic Center employs people with a wide range of  skill sets and expertise in order to operate the facility, ranging from a Theatre Team to an Engineering and IT Team.

By further upgrading the facility with the SPLOST Classic Center Area Project with plans like improving utility connections, rigging structures, sound/lighting systems, employee child care, acoustical treatments, individual suites, and more, the Classic Center can only assume a growth in the future of their business operations.

Once you start enhancing the community, you bring in good people,” said Wolf-Ragatz. “By giving people better work, transportation and housing through these improvement projects, people will stay for the long haul.”

Shannon Wilder, the chairwoman for the SPLOST 2020 Citizen’s Advisory Committee, emphasized that the Classic Center project will bring both jobs and economic prosperity to Athens, with the creation of 600 new jobs and by bringing more tourists to town.

Aside from the Classic Center project, Wilder spoke about the Airport Capital Improvement Projects.

With the prospect of commercial passenger flights coming back to the Athens-Ben Epps Airport, there is potential for significant job creation and money making, according to Wilder.

According to both Wilder and Wolf-Ragatz, several other SPLOST projects also have the ability to impact the future of work in the county.

The Broadband Connectivity Enhancement Project, while intended as an educational measure to further internet connectivity in county buildings and schools, also means improvements for people who work in the digital sphere and in businesses that want to expand into the more rural areas of ACC.

There are also two projects that impact the future of work for Athens firefighters. Fire Station #5 is being completely replaced because it is the oldest in the county. This project will also provide funding for the replacement of the 911 Communications Center operating core, which is imperative for receiving and handling emergency services information for firefighters, police, and EMS workers alike.

Though only 12% of voters turned out and the 8% sales tax may not be supported by the rest of the community, supporters agree that local businesses will benefit thanks to SPLOST 2020, according to Flagpole. Citizens will continue to pay the current sales tax rate and eventually save money in the long run that will be put back into local businesses and services.

“As a community we all have responsibilities. And we’ve all got to do something—we can’t stand around and pretend there’s not improvements to be made, and SPLOST will help,” said Wolf-Ragatz. “Getting the vote to pass was exciting, hard work and we know it’ll turn out to be really well worth it.”

Cotton as Protein: Redefining the Soft, White Crop of the South 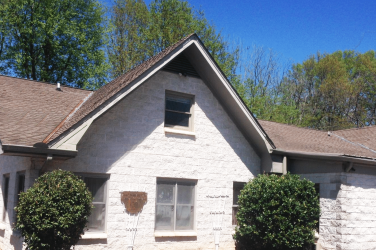 Over the past few years, affordable housing in the Athens-Clarke County area has become ... 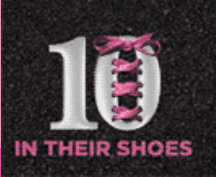 ‘In Their Shoes’ 10th Anniversary Walk on Saturday

By Shaunteri Skinner About 150 people will walk over 13 miles on Saturday, Oct. ... 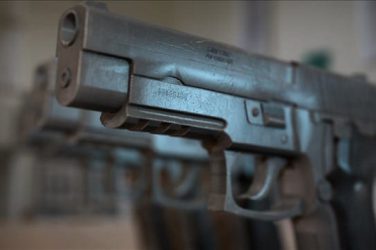 Police are currently looking for a team of armed robbers that has already hit ...