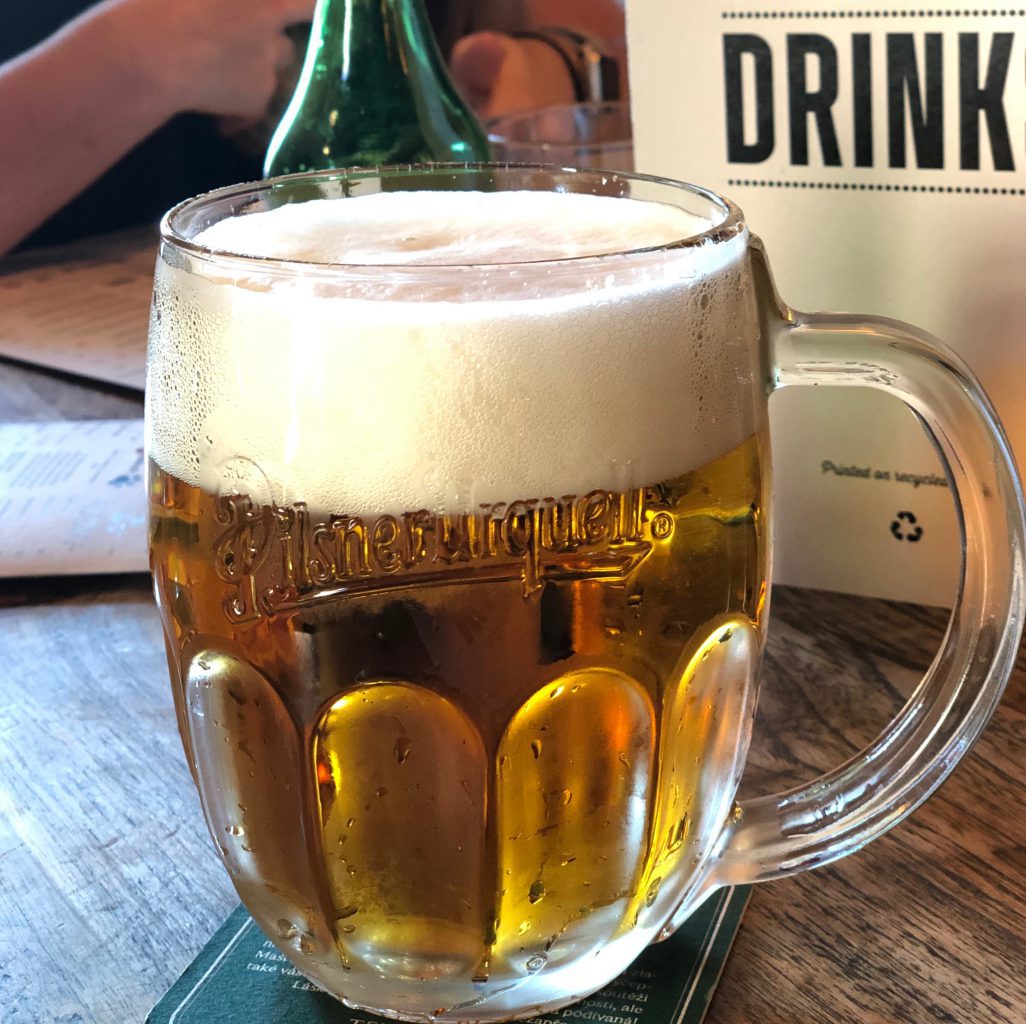 On my third morning in Prague, I popped out of the Manesová Street apartment I was staying in and into the cafe next door for a coffee. As I glanced around the cafe, I was surprised to see a few people drinking pints of beer—it was barely 11 a.m. I felt behind with only one cup of coffee while several strangers were approaching the end of their first beer.

Now, after a few weeks here, mid-morning beers don’t faze me. It is clear that the appreciation for a beer at any time of the day is a pillar of Czech culture. The country’s long history with beer has created a comfortable drinking climate; it’s not uncommon to see people enjoying beer openly on the street, in parks and even in groups on the metro during the evenings.

It comes as no surprise that beer is the Czech Republic’s national drink. In the 2017 Brewers of Europe Report, the Czech Republic leads Europe in beer consumption per capita, with one person drinking an average of 138 liters in one year! The next closest country is Austria and its per capita average is 105 liters for comparison.

The culture surrounding beer consumption and production in Prague is entwined with the history of the country. This dates back to the year 1143 when the Strahov Monastery was founded in the city. Although beer production in Czech territory was originally limited to monasteries, the following centuries ushered in a new age for Czech beer—one where brewing techniques changed or were influenced by surrounding countries, more breweries opened and beers were imported and exported. It wasn’t until the Communist Era that beer production in Prague saw significant setbacks. Many breweries closed, and those that remained open were restricted.

After the Velvet Revolution of 1989, both traditional and craft beer breweries gained momentum and created a new landscape for beer in Prague. Although Czech beer production had humble beginnings, there are now more than 400 breweries in the Czech Republic—at least 40 of those are in Prague.

The low cost and timely availability of beer in the city make it an attractive place for tourists to visit. The city offers more than just drinking; it’s possible to tour monasteries like Strahov, visit the Prague Beer Museum and indulge in a craft beer tasting at a local microbrewery.

Inside popular beer bar Gastropub 20 PIP, patron Drew Nicholson acknowledges that the craft beer scene in Prague has grown exponentially in the last few years. Nicholson is an American expat who moved to Prague with his family in 2015, at the age of 17. He has become an active participant in the city’s beer culture. In addition to drinking beer, Nicholson uses “Untappd,” a popular app that allows beer enthusiasts to try, rank and post about their craft beer experiences around the city in real time.

My experience with the Czech beer culture since living in Prague has been great,” Nicholson said. “As a person that has loved and been fascinated with beer for a few years now, it’s been amazing to try beers from breweries that have been around for over 700 years.”

Czech beer culture is as alive today as it has ever been and the influence of beer on the city can be seen in virtually every cafe, bar and beer garden. On sunny days, tourists and natives alike flock to city spots like Letná, one of Prague’s most beautiful outdoor beer gardens. The terrace is perched atop a hill near Prague Castle and it has an exquisite view of the city below. Traditional beers like Staropramen and Pilsner Urquell are being sold more quickly than they can be poured. People are drinking and enjoying the view, showing that beer culture in Prague is a way of life.

Na zdraví (cheers to your health)!

Caitlin Phillips is a junior majoring in journalism in the Grady College of Journalism and Mass Communication at the University of Georgia.

A Pilsner Urquell beer is the perfect compliment to dinner at BlackDog Cantina Praha in May 2019. (Photo/Caitlin Phillips)

A Pilsner Urquell beer is the perfect compliment to dinner at BlackDog Cantina Praha in May 2019. (Photo/Caitlin Phillips)
NEXT STORY

The Changing Fight Against Property Crime in Athens

A Pilsner Urquell beer is the perfect compliment to dinner at BlackDog Cantina Praha in May 2019. (Photo/Caitlin Phillips)

A Pilsner Urquell beer is the perfect compliment to dinner at BlackDog Cantina Praha in May 2019. (Photo/Caitlin Phillips)
PREV STORY

Members of the Barrow County School System community are voicing their concerns over ...

As the holidays approach, shoppers may want to be cautious of selling and buying ...