Shannon Marsh, a senior fashion merchandising major, looks down at her drawer stuffed with sorority T-shirts. Since joining Delta Gamma in 2018, she has collected 24 shirts, wearing about eight of them regularly, yet she can’t bring herself to part with them. The rainbow collection of shirts ranges in shades from cotton candy to dark moss.

“I have so many T-shirts that just like kind of sit in my drawer now because I feel like I wear like the same couple ones that I love,” Marsh said.

Sororities hold events throughout the year, ranging from date nights to parents weekends to formals, and this means several new shirts are designed each semester, depending on the responsibilities of the chapter’s T-shirt chair. While fast-fashion companies like H&M, Zara and Shein are known for inexpensive clothing that is delivered quickly, Greek shirts are also a type of fast fashion.

The fashion industry has a surprising impact on the state of the environment, contributing 10% of global carbon emissions.

Why It’s Newsworthy: Greek life communities on campus have large memberships and therefore have large carbon footprints at their events throughout the year. One component of environmental impact is the volume of Greek life T-shirts that sorority members accumulate. T-shirt production classifies as fast fashion due to its unsustainable practices. Sororities are subverting this trend by exchanging shirts with other sisters.

Cotton, one the fibers that makes up Greek life shirts, is produced in large quantities due to the low cost of production, and the material accounts for a quarter of the pesticide use in the United States.

The Greek letters on the T-shirts contribute to the identity of sisterhood. A sorority woman can be walking to class and come across another sister she hasn’t met yet but be bonded because they share a common identifier.

It is worth noting the controversial nature of Greek life on campus and how it divides student groups as being either for or against the Greek community due to disagreements over cost of membership and traditions. Even though only 28% of the University of Georgia undergraduate population is involved in Greek life, it holds a disproportionate amount of space in the campus culture.

Fashion’s Wear on the Planet

When Clair McClure, a lecturer and undergraduate program coordinator for the textiles, merchandising and interiors department, speaks to students about Greek life and fashion, she often asks, “How many T-shirts do you people need in Greek life?”

A Greek life tee is about $15, and this price is within a student’s budget when compared to more sustainable clothing. Sustainable companies practice environmentally conscious methods which contribute to a higher price tag.

McClure highlighted the efforts of Alta Gracia, a company that is working to end sweatshops by paying their workers a living wage. Alta Gracia has a factory in the Dominican Republic where they produce ethically made T-shirts, similar to those used for Greek life shirts. Their product is currently sold at over 500 college bookstores.

Prior to the COVID-19 pandemic, the company had been trying to find ways to become the primary T-shirt vendor for Greek life communities. McClure remembered hearing from a couple of the garment workers when they came to UGA to speak and was amazed to hear the difference between the fair conditions at Alta Gracia versus sweatshop conditions.

“The problem is the supply chain for fashion is so murky,” McClure said.

Research by Blue Yonder and Coresight published earlier this year found that while 66% of respondents think that a company’s sustainability matters, only 17% of consumers made the effort to find more sustainable products, with 22% still viewing quick delivery as an important factor in the buying process.

Sarah Corbin, the intern for the Greek Goes Green program, early alum of Pi Beta Phi and senior public relations major, is working to get more chapters to implement composting but also sees the connection between fashion and sustainability.

She understands the financial barrier to high quality goods but suggests that students look at secondhand clothing as a viable financial alternative.

Greek Goes Green is part of the Office of Sustainability at UGA. Greek chapters have representatives who work to emphasize the importance of recycling, waste reduction and composting in order to mitigate the impact that the Greek community can have on the environment. Corbin applied for the Greek Goes Green intern position because of her passion for sustainability and her desire to see other people make small changes to make their lifestyle more sustainable.

While Greek Goes Green has been focusing on waste initiatives, the program has not yet branched out to include sustainable fashion.

Kevin Kirsche, the director of the Office of Sustainability at UGA, expressed the importance of sustainability in today’s world. He describes sustainability as an “ethical integration of social, environmental and economic solutions.”

The office was created back in 2010 and was the result of students wanting to take action. Kirsche says that students are still the driving force behind changes made on campus.

A print with the word “fashion” in block letters decorated Marsh’s bedroom wall as she shared her knowledge of fast fashion, speaking fervently about the trends she has observed.

As a fashion merchandising major, she has studied the impact of fast fashion in the classroom as well as on her own time.

Marsh remembers how popular fast fashion was during her freshman year, with girls receiving large packages from Shein. She pointed out that the fast-fashion model is targeted toward younger consumers since the companies provide abundant amounts of clothing at low prices.

However, Marsh believes there has been an increase in the connection between fashion and sustainability and highlighted companies like Thredup and The RealReal which allow people to turn in their trendy but unwanted clothes.

Her chapter has a Facebook group dedicated to selling and trading items between sisters, anything from sorority shirts to closet clean-outs. Even though Marsh has not parted with any of her T-shirts, she describes this trade-off as a win-win because no new clothes are bought, but one sister receives something new while the other adds a couple dollars to their pocket.

Providing for the Future

While sorority women are working to be smarter consumers, there is still much that can be done to benefit the planet when it comes to stocking your closet.

Marsh suggested that there could just be fewer T-shirts.

Greek life chapters have the ability to make large impacts on campus, in the community and to the environment. Even though Greek T-shirts have long stood as a testament to a sisterhood bond, some traditions might be ready to change to meet the need of the moment and the hope for a viable future.

Caroline Kurzawa is a junior majoring in journalism in the Grady College of Journalism and Mass Communication and minoring in women’s studies at the University of Georgia.

Shannon Marsh, a member of Delta Gamma, is passionate about fashion and sustainability and thinks Greek chapters need to rethink creating a shirt for each event. Her drawer is stuffed with shirts of all colors. (Photos Courtesy/Shannon Marsh)

Shannon Marsh, a member of Delta Gamma, is passionate about fashion and sustainability and thinks Greek chapters need to rethink creating a shirt for each event. Her drawer is stuffed with shirts of all colors. (Photos Courtesy/Shannon Marsh)
NEXT STORY

Shannon Marsh, a member of Delta Gamma, is passionate about fashion and sustainability and thinks Greek chapters need to rethink creating a shirt for each event. Her drawer is stuffed with shirts of all colors. (Photos Courtesy/Shannon Marsh)

Shannon Marsh, a member of Delta Gamma, is passionate about fashion and sustainability and thinks Greek chapters need to rethink creating a shirt for each event. Her drawer is stuffed with shirts of all colors. (Photos Courtesy/Shannon Marsh)
PREV STORY 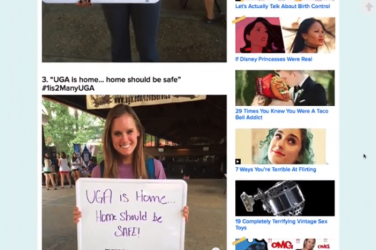 Athens, GA –  The UGA Student Government Association is taking on a national fight to ... 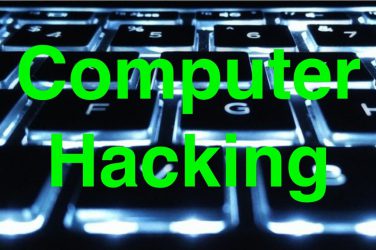 The Mind of a Hacker Lecture Exposes Internet Myths 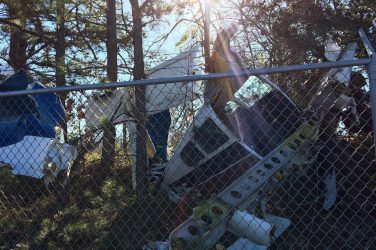